Jim Starlin isn't happy that the Donald Trump re-election campaign used one of his creations, Thanos, as a marketing gimmick in a video that went viral on Tuesday.

Starlin, who sides with the left, took to his Facebook and Instagram accounts to slam the video:

After my initial feeling of being violated, seeing that pompous dang fool using my creation to stroke his infantile ego, it finally struck me that the leader of my country and the free world actually enjoys comparing himself to a mass murderer. How sick is that? These are sad and strange times we are going through. Fortunately all things, even national nightmares, eventually come to an end. 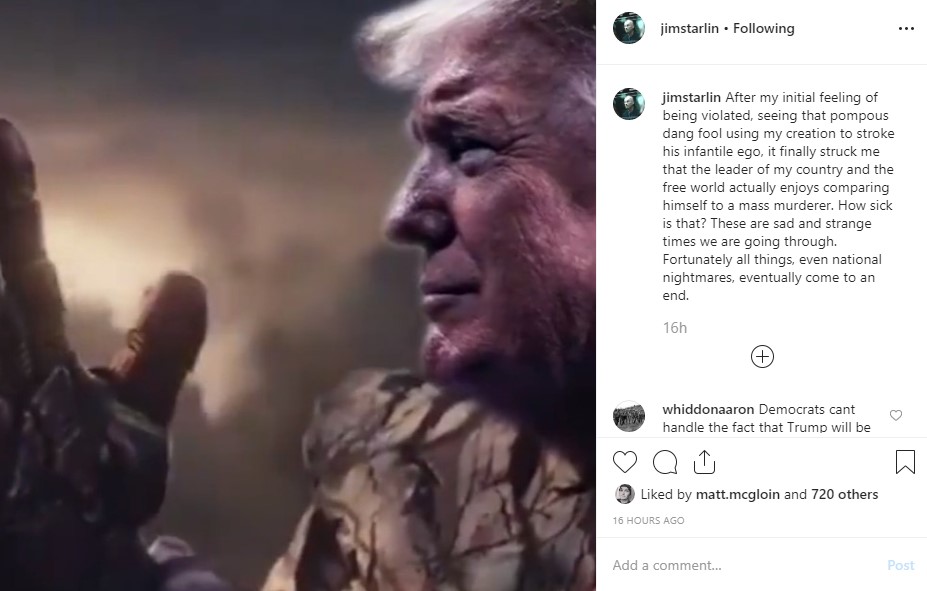 The 21-second video shows President Donald Trump as Thanos from The Avengers: Endgame wearing the Infinity Gauntlet and performing The Snap and dusting House Democrats who are trying to impeach him.

"House Democrats can push their sham impeachment all they want. President Trump's re-election is inevitable," the video teases.

Per the norm, the left was triggered by the video, with social media flooded by responses.

Matt Wolking, the Donald Trump re-election campaign’s deputy communications director, fired back at critics for lacking a sense of humor.

Jim Starlin created Thanos back in February 1973, with his Marvel Comics Infinity Gauntlet trilogy being the inspiration for Phases 1 - 3 of the MCU; Starlin also cameoed in The Avengers: Endgame.

House Democrats can push their sham impeachment all they want. 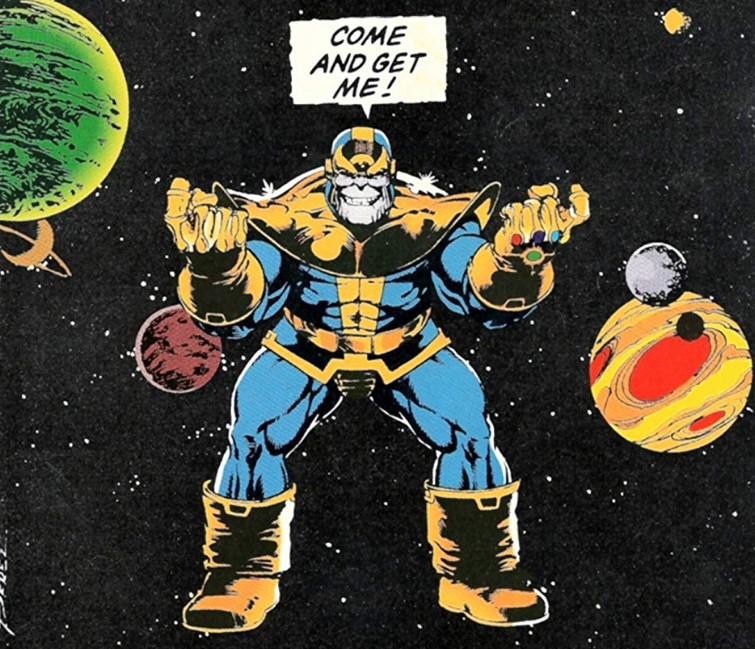