James Gunn announced on social media that a Peacemaker spinoff series from The Suicide Squad is in development that will star John Cena.

"I'm over-the-moon excited to be working on #PEACEMAKER with my pals @JohnCena & #TheSuicideSquad producer Peter Safran on this new @hbomax original series from @warnerbrostv," Gunn tweeted.

Cena also tweeted: "Working alongside @JamesGunn on #SuicideSquad was an absolute masterclass in how to best bring beloved characters to life in a new and fun way. I cannot wait for the #DCUniverse to experience more of absurdity that is the Peacemaker in this new project on @hbomax!!!"

Read the official announcement from HBO Max below.

Worth a mention is that DC insiders filled me in that following Guardians of the Galaxy 3, James Gunn will be returning to DC.

I'm over-the-moon excited to be working on #PEACEMAKER with my pals @JohnCena & #TheSuicideSquad producer Peter Safran on this new @hbomax original series from @warnerbrostv @DCComics pic.twitter.com/EsAkOVXB44

Working alongside @JamesGunn on #SuicideSquad was an absolute masterclass in how to best bring beloved characters to life in a new and fun way. I cannot wait for the #DCUniverse to experience more of absurdity that is the Peacemaker in this new project on @hbomax!!! pic.twitter.com/PZ9dOa7Dzj 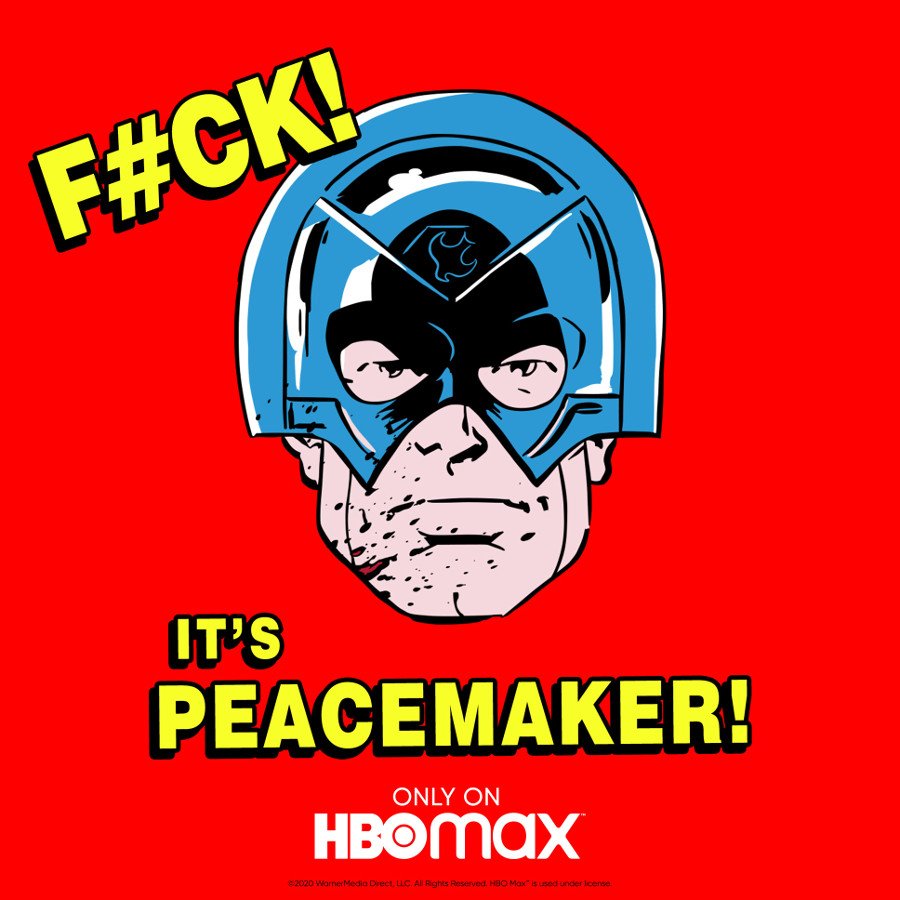 PEACEMAKER is Coming To HBO Max

LOS ANGELES – September 23, 2020 – Oh f*ck, it’s Peacemaker! HBO Max is set to explore the origins of the Peacemaker character, the master of weapons from the highly anticipated upcoming The Suicide Squad film, in the new Max Original action-adventure-comedy series Peacemaker. HBO Max has given a straight-to-series order of eight episodes for the first season of the show. John Cena will reprise his role from The Suicide Squad movie to star in the series, and the film’s acclaimed writer/director James Gunn will write all eight episodes of Peacemaker and will direct multiple episodes, including the first. Gunn and The Suicide Squad producer Peter Safran will serve as executive producers of the series, with Cena as co-executive producer. Based on characters from DC, Peacemaker will be produced by Gunn’s Troll Court Entertainment and The Safran Company in association with Warner Bros. Television. Peacemaker is scheduled to begin production in early 2021, prior to Gunn beginning work on the next Guardians of the Galaxy film.

While details about Peacemaker are being kept under wraps, the series will explore the origins of the character that Cena will play in the upcoming film, a man who believes in peace at any cost — no matter how many people he has to kill to get it. The series will extend the world that Gunn is creating for The Suicide Squad movie, which is scheduled to be released in theaters by Warner Bros. Pictures on August 6, 2021.

James Gunn said: “Peacemaker is an opportunity to delve into current world issues through the lens of this superhero/supervillain/and world’s biggest douchebag. I’m excited to expand The Suicide Squad and bring this character from the DC film universe to the full breadth of a series. And of course, to be able to work again with John, Peter, and my friends at Warner Bros. is the icing on the cake.”

John Cena said: “I have said before that it has been a tremendous honor and an incredible opportunity to be part of The Suicide Squad and to work with James on what is going to be a fantastic movie. I am unbelievably excited to have the chance to team up with him again for Peacemaker. We can’t wait for fans to see this.”

“James Gunn has the unique ability to create an expansive universe while also bringing to life the soul and wit of each character. We look forward to a deep dive into the world of Peacemaker,” said Casey Bloys, Chief Content Officer for HBO and HBO Max.

John Cena is an actor, producer, entrepreneur, author, philanthropist, and WWE superstar. He will next be seen in F9, the ninth installment of the Fast & Furious action film franchise, which is scheduled to be released in April 2021. He will follow that with Warner Bros. Pictures/DC’s The Suicide Squad in August 2021. Cena is also the #1 New York Times best-selling author of the Elbow Grease picture books, inspired by the lessons he learned about hard work, perseverance, and teamwork from growing up with four brothers. Elbow Grease: Fast Friends, the third book in the series, will be released in September 2020. He has been the face of the WWE for more than a decade, building a globally recognized brand. Off-screen and out of the ring, Cena devotes much of his time and energy working on behalf of numerous charitable causes, including the Make-a-Wish Foundation; the FitOps Foundation, which helps U.S. military veterans reacclimate to civilian life after service; and Susan G. Komen, for breast cancer research and awareness. He also starred in the “We Are America” short film for the Ad Council’s Love Has No Labels campaign, to further the message of acceptance and inclusion in society.

The prolific filmmaker behind some of pop culture’s most notable feature films, James Gunn brings his trademark sensibilities to the upcoming DC film The Suicide Squad, to be released in theaters next summer. After Peacemaker, he will next go into production on the third installment of the Guardians of the Galaxy franchise, which he is once again writing and directing. He previously wrote and directed Guardians of the Galaxy and Guardians of the Galaxy Vol. 2, which have collectively earned more than $1.6 billion at the global box office. His additional filmmaking credits include Scooby-Doo, Scooby-Doo 2: Monsters Unleashed, Dawn of the Dead, Slither, and Super.

Peter Safran is president and founder of leading Hollywood production company The Safran Company. With over $3 billion in worldwide box office in collaboration with Warner Bros./New Line over the past six years, Safran continues to produce the mega-successful Conjuring franchise, which has grossed a combined $1.8 billion, becoming the highest-grossing horror franchise of all time. Safran reteamed with Conjuring partner James Wan for the 2018 Warner Bros./DC Super Hero film Aquaman, garnering an astonishing $1.12 billion worldwide, making it the highest-grossing DC film ever. He collaborated with Annabelle: Creation director David Sandberg on one of last years’ most critically hailed films, Shazam!, which grossed over $364 million worldwide. Up next is The Conjuring 3, with a June 2021 release, followed by the much-anticipated James Gunn–helmed The Suicide Squad. Also in the pipeline: Aquaman 2, Shazam! Fury of the Gods and The Nun 2.