Hollywood writer and producer, Craig Gore, has seen himself terminated from Law & Order: SVU over social media posts regarding the defense of his property from rioters and looters in Los Angeles, California.

Craig Gore took to Instagram to post an image of himself in front of his house armed where he noted the rioters and looters were only two blocks away.

"Sunset is being looted two blocks from me. You think I won't light mother f-ckers up who are trying to f-ck w/ my property I worked all my life for? Think again..." posted Gore.

An associate producer at NBCUniversal took screengrabs of the posts and tweeted them, which led to Law & Order creator/executive producer Dick Wolf firing Gore.

Ayy @Chris_Meloni your new showrunner is a proud boy pic.twitter.com/FUb8NYc7aW

Also as a meme account I would hope you understand jokes. Only a fool would take my posts seriously.

Iiiiiiii didn’t do that, it appears that the show did that. Also jokes are harmless, why are you having a meltdown lol 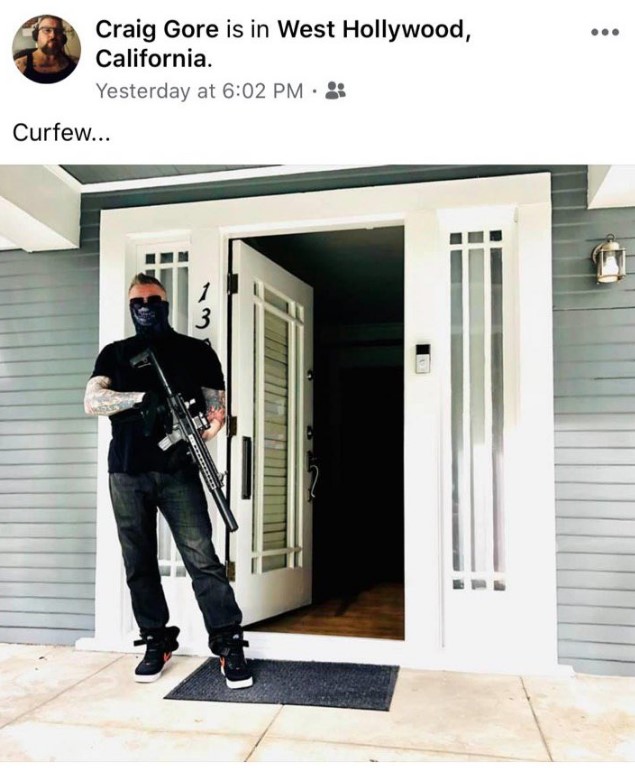 Craig Gore, writer and producer on Law & Order: SVU, has been terminated by NBCUniversal

“I will not tolerate this conduct, especially during our hour of national grief,” Wolf said in a statement, published by Deadline. “I am terminating Craig Gore immediately.”

Gore has also been dropped by his agency, Paradigm.

Like many cities around the U.S., rioting has broken out as a result of the George Floyd protests.

Regarding Los Angeles, Fox News reports that "many looters stormed many stores in Van Nuys and Hollywood, leaving behind trails of shattered glass."

It has also been reported in Los Angeles that rioters attacked police officers, torched cars, looted businesses, and fled with merchandise.

The National Guard has moved in to assist local law enforcement.