Following DC Comics changing Superman to gay and losing the motto, now the Man of Steel wears a mask and drops the cape that his dad made famous.

In the latest issue of Superman: Son of Kal-El, where everyone refers to him as "Superman," as he is actually Jonathan Kent, the son of Clark and Lois, the issue features Superman wearing a mask as he saves people.

So even though Superman is immune, he's still wearing a mask, but ironically, they also show Superman getting "sick," as apparently, this Superman is losing control of his powers, which I don't think is related to the coronavirus (how odd would it be for Superman to get sick from something named after the sun?), but I suppose wearing a mask makes the lowly humans feel better about themselves around the Man of Steel. Gotta protect those feelings.

Regarding dropping the cape, after a big smooch splash page with his new SJW boyfriend reporter Jay Nakamura, Superman hears that an armed robbery is going on and gives the cape to Jay, with no explanation as to why. While Superman was recovering from his latest spell, he slept for nine hours where he or Jay apparently took off the cape, but Superman doesn't bother putting it on for some reason and flies off, and when he returns, the pair are going to take down a president.

Worth a mention is that DC Comics is apparently going to kill the real Superman. 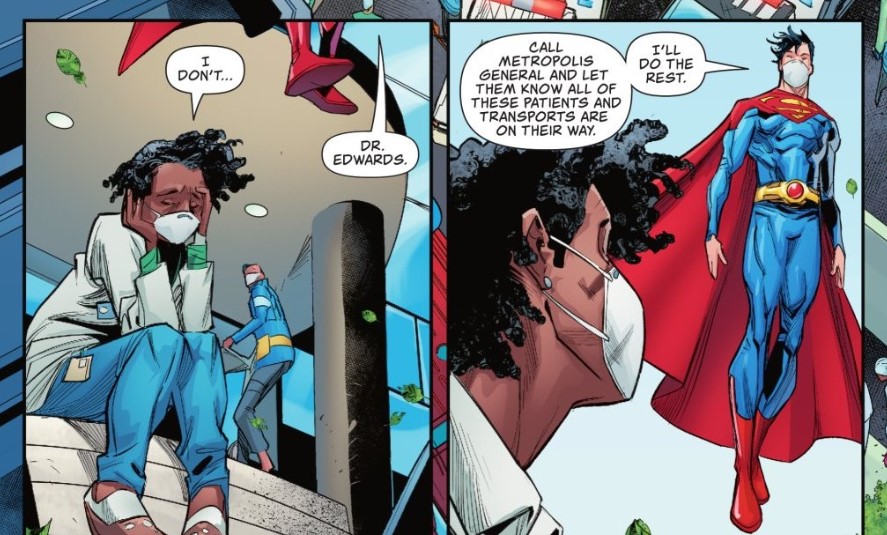 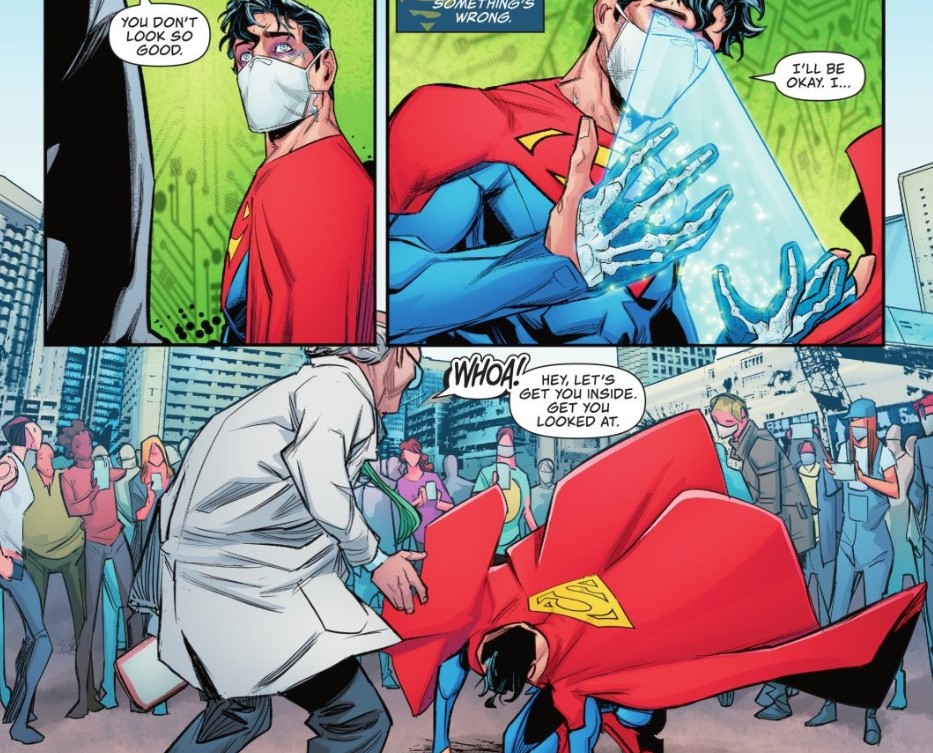 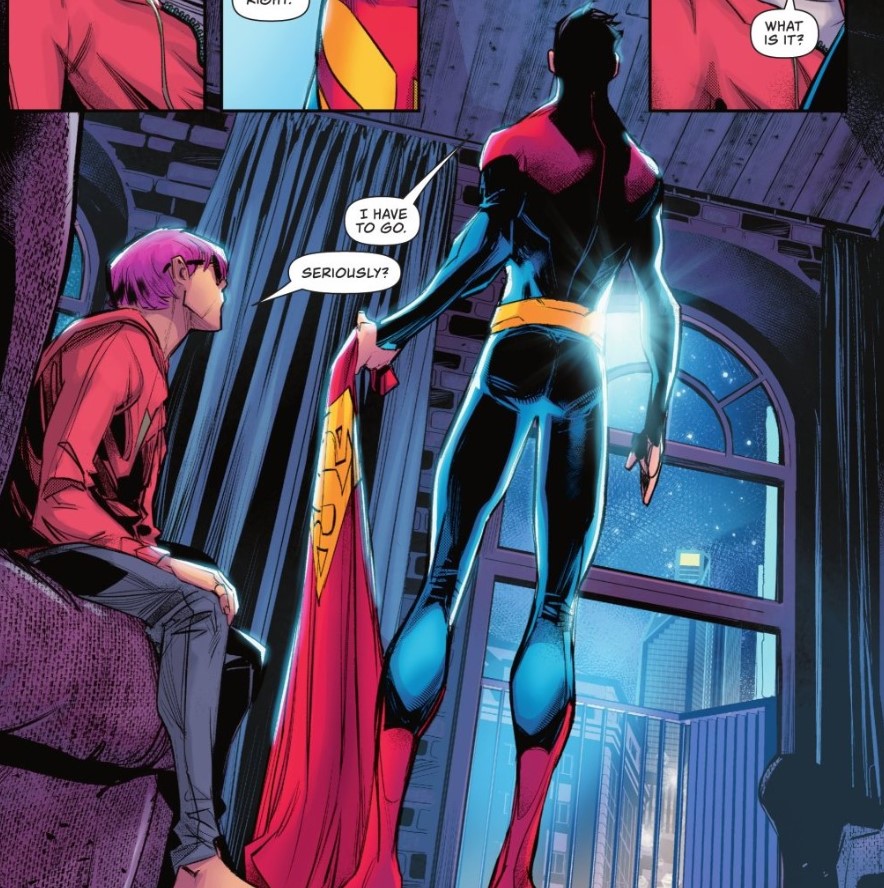 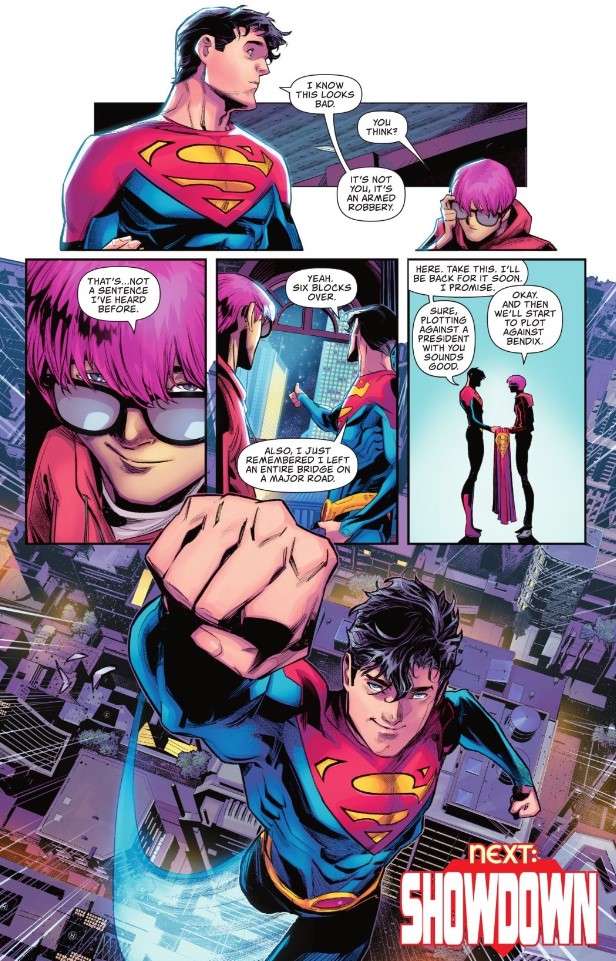 Faster than fate. As powerful as hope. Able to lift us all. For all his great power, Jon Kent can’t save everyone, but that won’t stop him from trying. How much can Earth’s new Superman do before this Man of Steel buckles? And when he does, who swoops in to save Superman? 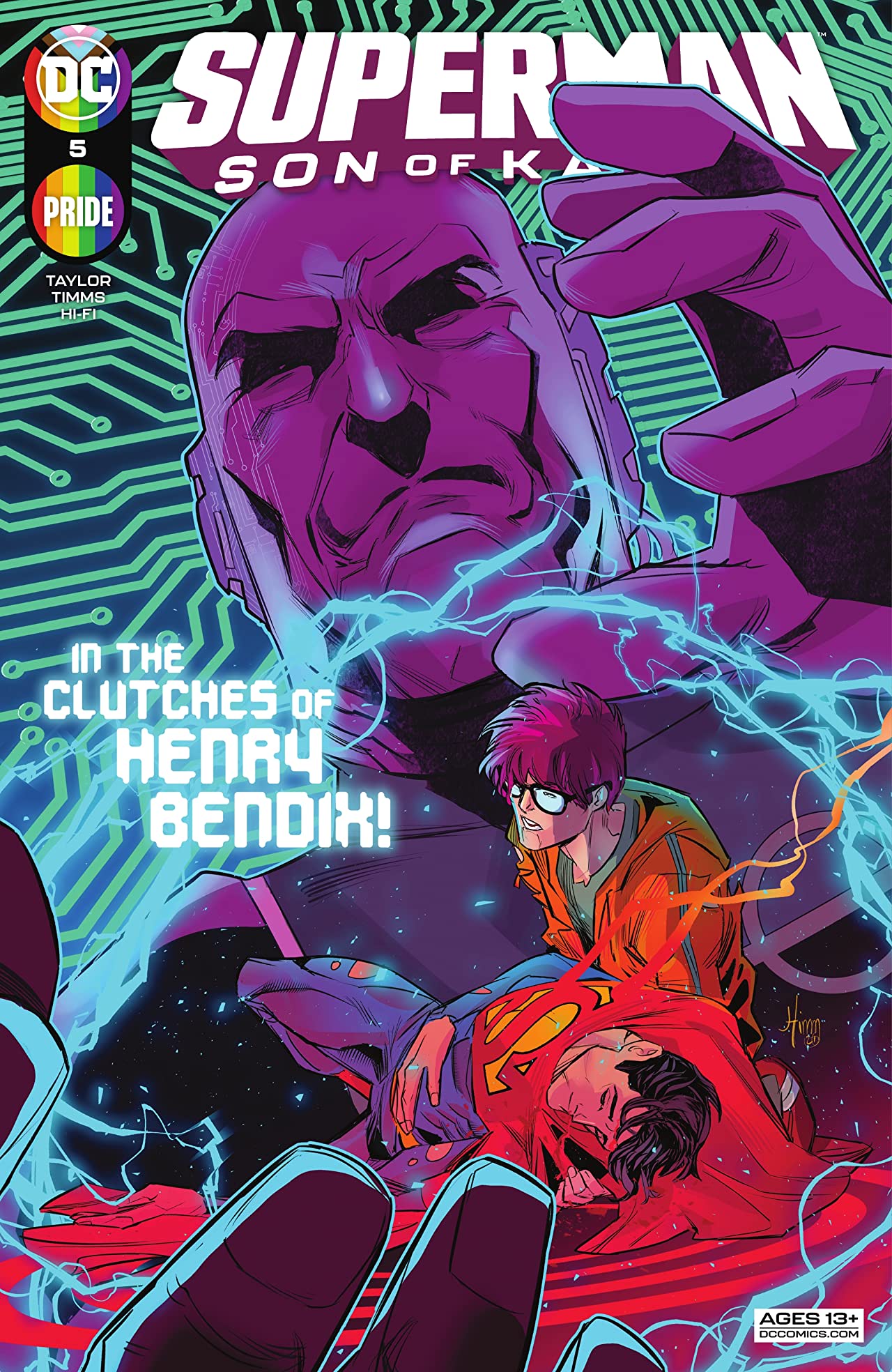