Grant Gustin and Danielle Nicolet react to Hartley Sawyer getting fired from The Flash on Monday due to controversial tweets that resurfaced from years ago.

It’s a heartbreaking fact of life that today is not the first time I have learned that someone I know, or work with, is not necessarily who they present themselves to be. At least not to MY face... My Black Face... It’s sad and disappointing, but it’s not shocking. This is a significant part of the black experience, and also being a woman. If we learn nothing from the events that have arisen from George Floyd’s brutal murder, it is that this SHOULDN’T be our experience. It CANNOT be. Not Anymore. It is NOT OKAY to allow a culture of racism, misogyny, homophobia and anti-Semitism to thrive in the workplace, at the dinner table or on social media.
I hold no ill will toward my former castmate, or anyone who is on their journey toward self-betterment. As an African-American woman, I was raised to “forgive them, for they know not what they do”. Forgive is what we must do, because without it the pain is too much to bear, and without it we stifle our growth as compassionate human beings.
That said, when you know better, you are required to do better. These past few weeks have been a crash course for this country. I, and every other African-American expect better moving forward. Because we matter. BLACK. LIVES. MATTER. ———. Please take a look at the statement from our fearless leader @ewrote - who’s said what needs to be said better than I ever could.

Grant Gustin, who stars as Barry Allen and the titular character, The Flash, posted on Instagram:

I don’t have much to add because Eric’s thoughts are stated so eloquently and powerfully.
I will say I was shocked, saddened and angry when I saw the tweets. Words matter. 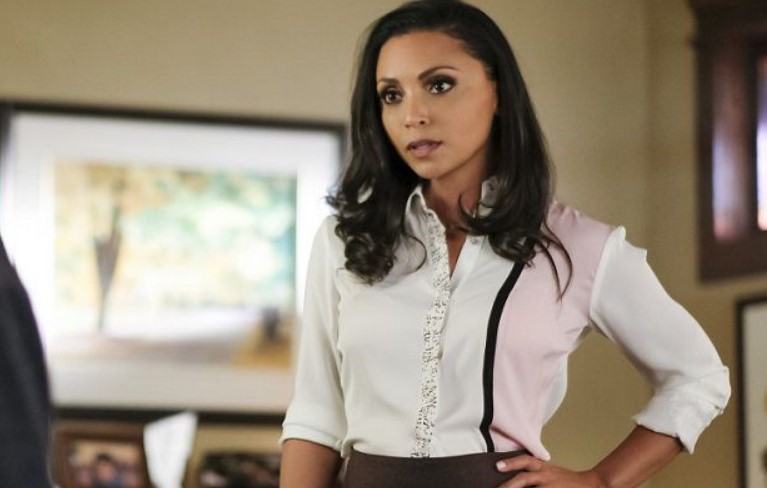 Hartley Sawyer fired from The Flash

Regarding what Eric Wallace, showrunner on The Flash had to say, Wallace tweeted with the #BlackLivesMatter hashtag:

"This morning, many of you learned that Hartley Sawyer will not be returning for Season Seven of THE FLASH. Concerning his social media tweets, they broke my heart and made me mad as hell. And they're indicative of the larger problem in our country. Because at present, our country still accepts and protects the continual harassment — unconscious or otherwise — terrorizing and brutalizing of Black and Brown people, which is far too often fatal. That's why our country is standing up once again and shouting 'ENOUGH!' and taking to the streets to bring about active change."

"Hartley Sawyer will not be returning for Season 7 of The Flash. In regards to Mr. Sawyer’s posts on social media, we do not tolerate derogatory remarks that target any race, ethnicity, national origin, gender, or sexual orientation. Such remarks are antithetical to our values and policies, which strive and evolve to promote a safe, inclusive, and productive environment for our workforce.”

Tweets from Hartley Sawyer resurfaced from back in 2012 to 2014 that joked about controversial subjects include misogyny, pedophilia, racism, and rape.

Sawyer has since apologized.