The goofy version of Thor may continue as director Taika Waititi offers an update on the fourth movie, Love and Thunder, which may see Chris Hemsworth continue as the fat son of Asgard.

As seen in The Avengers: Endgame, five years after the events of Infinity War, Thor had become a drunk and fat version of himself living on Earth in New Asgard.

Waititi says he is in discussions with Marvel in regards to the fat Thor and when the movie is set after Avengers: Endgame.

“This is an ongoing debate that we’re still having over at Marvel,” Waititi told Yahoo. “‘Cause we’re trying to figure out how long — how many months or years — this is after Endgame, at what point does this take place? I think we always want to keep changing it up with Thor. He’s so interesting when he’s changing all the time.”

Waititi also confirms he has written the script: “I’ve written it. You’ve heard it here.” 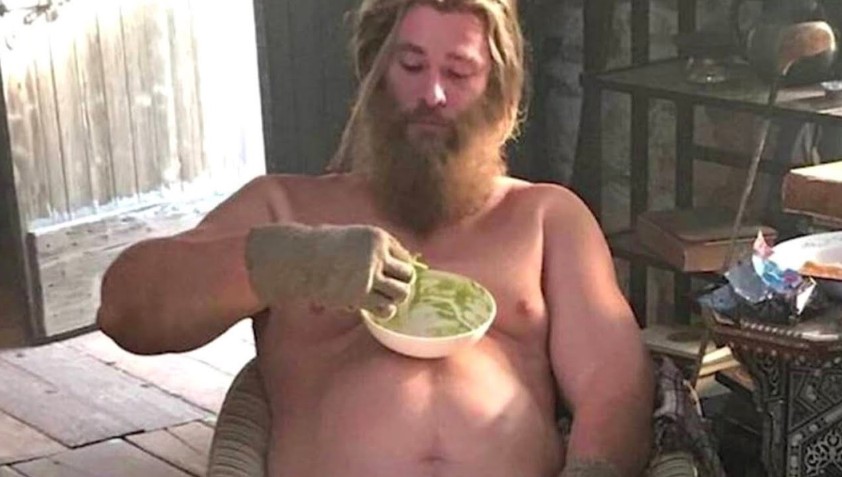 Love and Thunder could feature fat Thor; will have Korg, Natalie Portman

The director also previously confirmed that his character Korg will be back and also said they are considering going with the comic book story that sees Natalie Portman’s character, Jane Foster, get cancer and become the female Thor.

“My character is coming back, Korg,” Waititi recently told Jimmy Kimel, which saw the audience cheer: “Thank you. Thank you so much for that reaction.”

Regarding the topic of Jane Fost getting cancer, Waititi said they are not sure how much will be adapted.

“I think that’s a really powerful part of the books. I think it’s really cool that she’s fighting this thing and there’s two battles going on. Personally I really love that storyline. But whether it ends up in the film is yet to be seen,” he told Variety. “We’re not sure if we’re going to do a complete lift of that whole storyline. These things change through the shoot and even when we’re editing sometime. Like, ‘Let’s get rid of that storyline where she’s got breast cancer. We’ll change it to something else, or maybe she’s fine.’”

Thor: Love and Thunder has a November 5, 2021 release date with it also said Chris Pratt may be featured in the movie.