The Expendables 4 is officially happening with Sylvester Stallone returning for the fourth flick in the franchise that marks the first film in seven years.

Stuntman-turned-helmer Scott Waugh is directing who is known for Need For Speed.

It's said The Expendables 4 will see the focus shift more on Jason Statham instead of Sylvester Stallone, with Megan Fox as the female lead and similar to the previous movies will follow a group of veteran mercenaries.

"Just finished designing the new ring for EXPENDABLE 4. It’s a little heavy, but it’ll definitely put some muscles on your fingertips," said Sly. 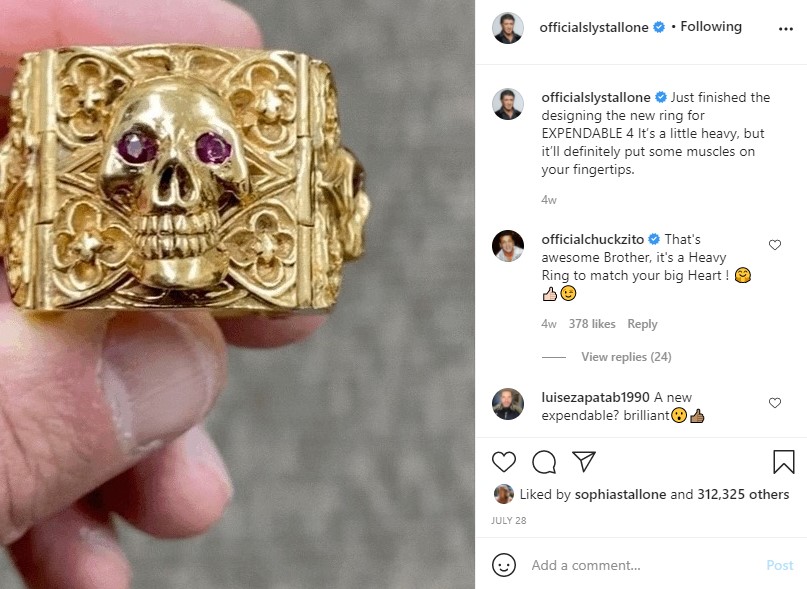 “It’s so much fun to bring these stars together for a no-holds-barred action film,” said Jason Constantine, president of acquisitions and co-productions for the Lionsgate Motion Picture Group, in a statement. “The new film will raise the stakes and be the biggest, most badass adventure yet.”