I never thought I would be writing that headline, but Emilia Clarke, known for Game of Thrones and the upcoming Marvel’s Secret Invasion series, is publishing a comic book through Image Comics, MOM: Mother of Madness, where the character has menstruation and armpit hair powers.

I kid you not as when Clarke was younger, she apparently wasn’t allowed into her local comic book store simply because she is a girl, and apparently, she has resented men and the comic book industry ever since, so she decided to write a comic about a girl whose powers center around the character’s period.

Speaking with Variety, who actually covers a comic book for some reason, Emilia Clarke says that she found it “arresting” that when she went to Comic-Con for Game of Thrones it was mostly males.

“I read a lot of fantasy novels full of rich worlds as a child, like ‘Lord of the Rings.’ That was always the place my imagination would gravitate toward. Later on, when I went to Comic-Con for the first time at 22 with ‘Game of Thrones,’ I was amazed at what I saw — almost entirely men. Later, as tides turned in the industry and #MeToo emerged, I began to look at the community through those eyes and it was arresting,” she said.

So Clarke decided to write her own comic book, MOM: Mother of Madness, officially described as similar to Deadpool, along with comic book writer Marguerite Bennett.

“In doing my research, I found that 16% of comic book creators are female, according to a 2019 study, and only 30% of comic book characters are women. On the other hand, roughly half of comic book buyers are female. Something did not sit right with me in that exchange, and all these signs were telling me to go make my own,” said Clarke.

Regarding the superpowers, again, it’s revealed they center around the character’s period:

“She’s a single mum that’s got to get shit done. This was born from the idea that single mothers are superheroes. You need superhuman strength to do that. When you get into your 30s and your friends start having kids, you’re like, ‘Oh my god. I was not aware of what it took. Holy shit,’” she said.

Another key identifier for the character is that all of her powers manifest from her menstrual cycle.

“The bloating, the hair growth, the mood swings, the [acne], all of it. We hate that when it happens, speaking for myself and everyone I’ve ever met who has had a period. What if we turned that around and made the period something that we can feel as this unique, crazy, superhuman thing that happens in our body? When Maya is scared, she goes invisible, when she’s angry, she has superhuman strength. She can swing like Spider-Man from her armpit hair,” Clarke says.

The first issue goes on sale in July. Check out the solicit info and covers below.

Game of Thrones superstar EMILIA CLARKE debuts an EXTRA-LENGTH, THREE-ISSUE MINISERIES! The mayhem begins with Maya, under-the-weather scientist by day, over-the-top superhero by night, and badass single mom 24/7. Deadpool action and Fleabag comedy collide when Maya activates her freakish superpowers to take on a secret sect of human traffickers. Mature readers only! Comedy and chaos await in the first of three 40-page issues by the glamorous artist of Horde, LEILA LEIZ! 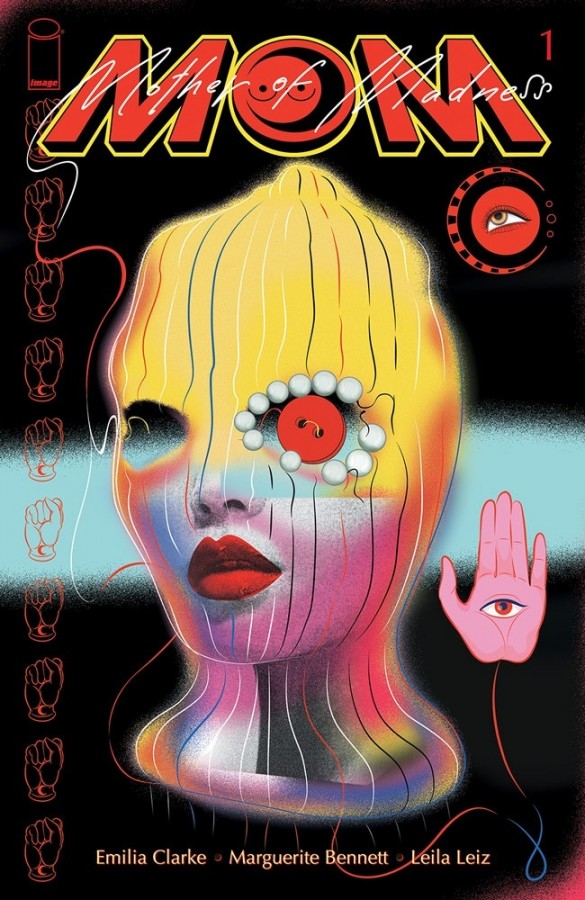 Game of Thrones superstar EMILIA CLARKE returns with an OVERSIZED THREE-ISSUE MINISERIES! Maya’s powers (and popularity!) explode! Bath time’s at 7 p.m., bedtime’s at 8 p.m., and crime fighting never sleeps when a villain out of Maya’s shadowy past comes to collect. Can she catch criminals and be home before the school run?! 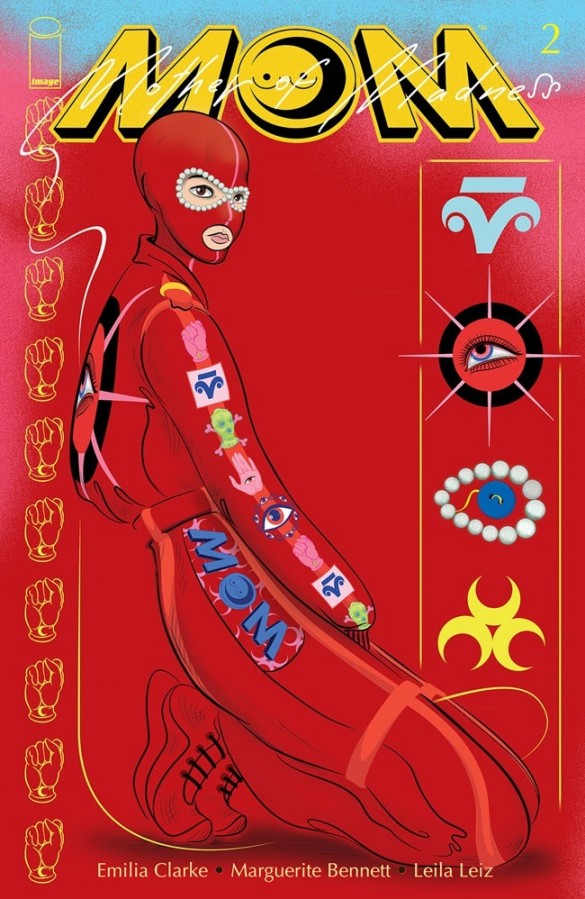