Warner Bros. released another image of Timothee Chalamet as Paul Atreides in the upcoming Dune movie.

Paul Atreides is the young royal who prepares to leave the comfortable life he knows for a desolate, dangerous mining planet known as Arrakis, where his wealthy family will oversee the extraction of a spice vital to the galaxy. If he only knew the chaos and death that awaited him, he might be even more sorry to leave.

“The immediately appealing thing about Paul was the fact that in a story of such detail and scale and world-building, the protagonist is on an anti-hero’s-journey of sorts,” Chalamet recently told Vanity Fair. “He thinks he’s going to be sort of a young general studying his father and his leadership of a fighting force before he comes of age, hopefully a decade later, or something like that.” 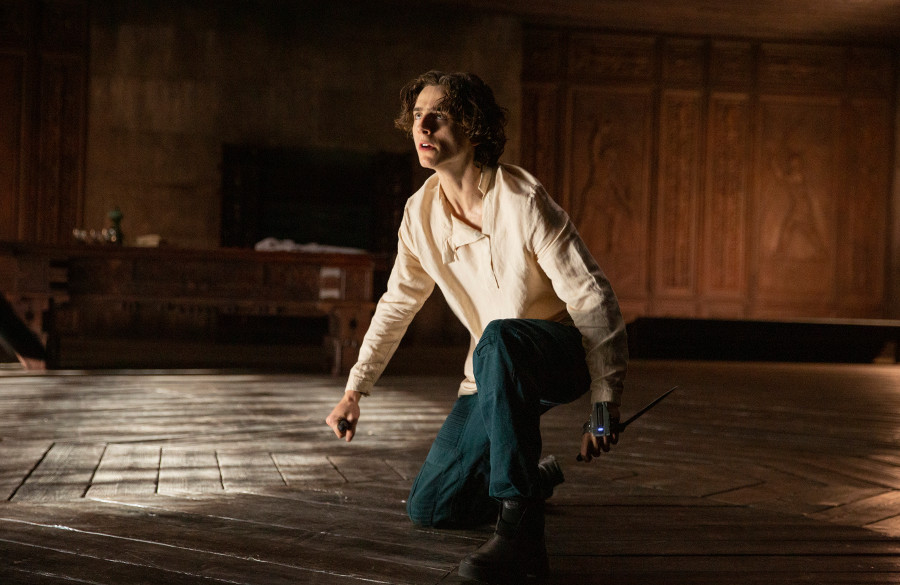 “Dune” was filmed on location in Hungary and Jordan. The film is slated for a December 18, 2020, worldwide release from Warner Bros. Pictures and Legendary.