The exclusive artwork places the motley team of super heroes on a yellow brick road with Niles Caulder, a.k.a. The Chief (Timothy Dalton, “Hot Fuzz”), and a young girl who appears to be his daughter Dorothy Spinner (Abigail Shapiro, “Broadway Kids Against Bullying: I Have a Voice”).

Does Dorothy and the yellow brick road spell more warped and bizarre missions in a land far, far away?

On Thursday, June 25, Doom Patrol Season Two will premiere on DC UNIVERSE, with new episodes debuting every Thursday. DC UNIVERSE members will be able to stream the entire season commercial-free and in downloadable 4K Ultra HD. Additionally, members can binge all 15 episodes from Season One before the debut of Season Two on the ultimate digital subscription service. Season Two will also debut simultaneously on HBO MAX. 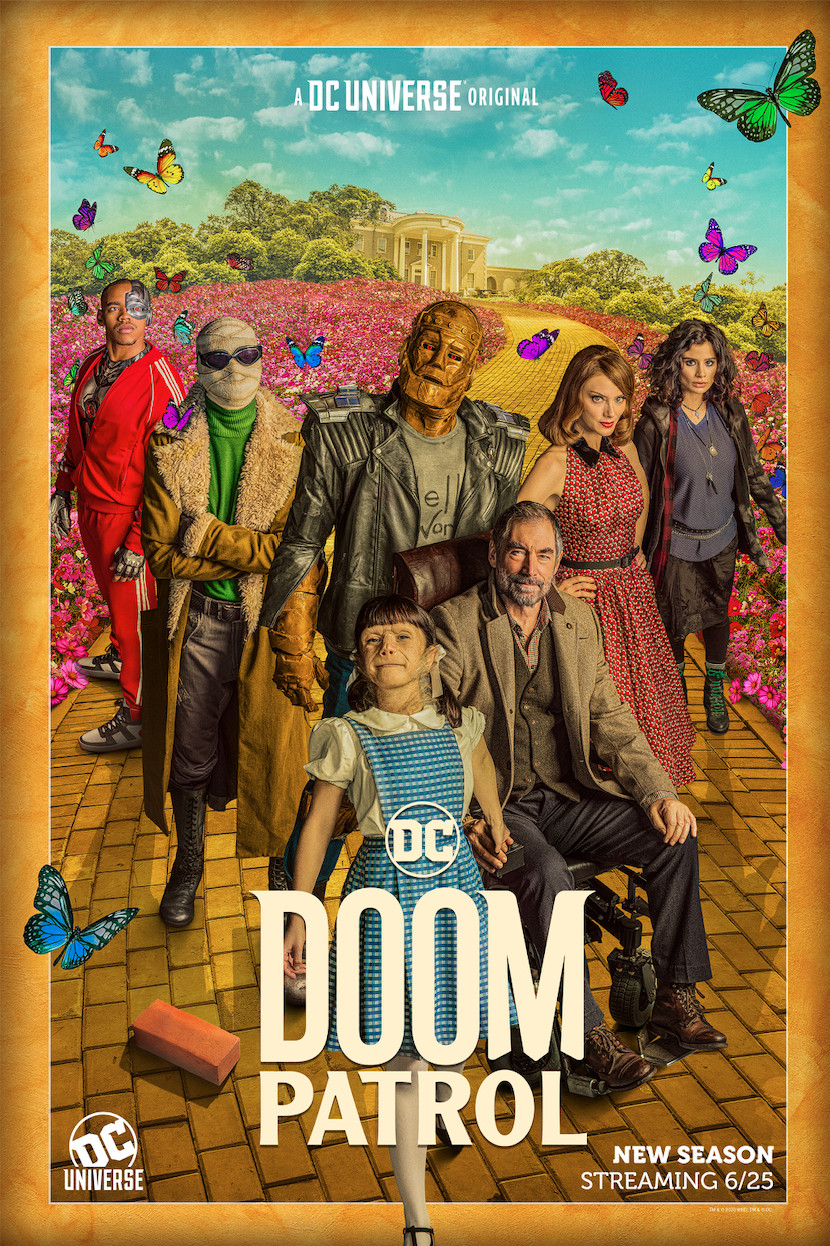 DC’s strangest group of heroes — Cliff Steele aka Robotman (Brendan Fraser), Larry Trainor aka Negative Man (Matt Bomer), Rita Farr aka Elasti-Woman (April Bowlby), Jane aka Crazy Jane (Diane Guerrero), and Victor Stone aka Cyborg (Joivan Wade) — are back again to save the world. That is, if they can find a way to grow up…both figuratively and literally. Following the defeat of Mr. Nobody, the members of the Doom Patrol now find themselves mini-sized and stranded on Cliff’s toy race car track. Here they begin to deal with their feelings of betrayal by Niles Caulder aka The Chief (Timothy Dalton), while confronting their own personal baggage. And as each member faces the challenge of growing beyond their own past traumatic experiences, they must come together to embrace and protect the newest member of the family: Dorothy Spinner (Abigail Shapiro), Niles’ daughter, whose powers remain a mysterious but real threat to bringing on the end of the world.

Doom Patrol is produced by Berlanti Productions in association with Warner Bros. Television with Jeremy Carver, Geoff Johns, Greg Berlanti, Sarah Schechter and Chris Dingess serving as executive producers. With episodes debuting simultaneously on DC UNIVERSE, the series is based on characters created for DC by Arnold Drake, Bob Haney and Bruno Premiani.