Starting today, players can suit up as the characters from Marvel Studios latest film with new uniforms, content, and improvements themed after the flick.

Ahead of next week's release of Doctor Strange in the Multiverse Of Madness, Netmarble releases a new update for their blockbuster mobile RPG MARVEL Future Fight, with new uniforms, content, and improvements themed after the highly-anticipated film from Marvel Studios.

Starting today, players can obtain all-new uniforms inspired by Marvel Studios' Doctor Strange in the Multiverse of Madness for Doctor Strange, Scarlet Witch, Wong, and America Chavez. The new update gives players the opportunity to advance Wong to Tier-3 as well. Watch the footage below.

To further enhance the game experience, the new "Multiverse Invasion" co-op mode has been added, in which a team of three will join forces to clear the stage in real-time. This update combines"‘Co-op Play" and "World Boss Invasion," both of which will be retired.

Further, the "MARVEL UNIVERSE" feature has been updated, allowing Agents to see not only their Superheroes but also all their items in the game at a glance.

MARVEL Future Fight has over 120 million players across the world with the game currently available worldwide in the App Store and Google Play.

Doctor Strange in the Multiverse Of Madness gets released on May 6 directed by Sam Raimi and stars Benedict Cumberbatch, Elizabeth Olsen, Benedict Wong, Rachel McAdams, Chiwetel Ejiofor and Xochitl Gomez. 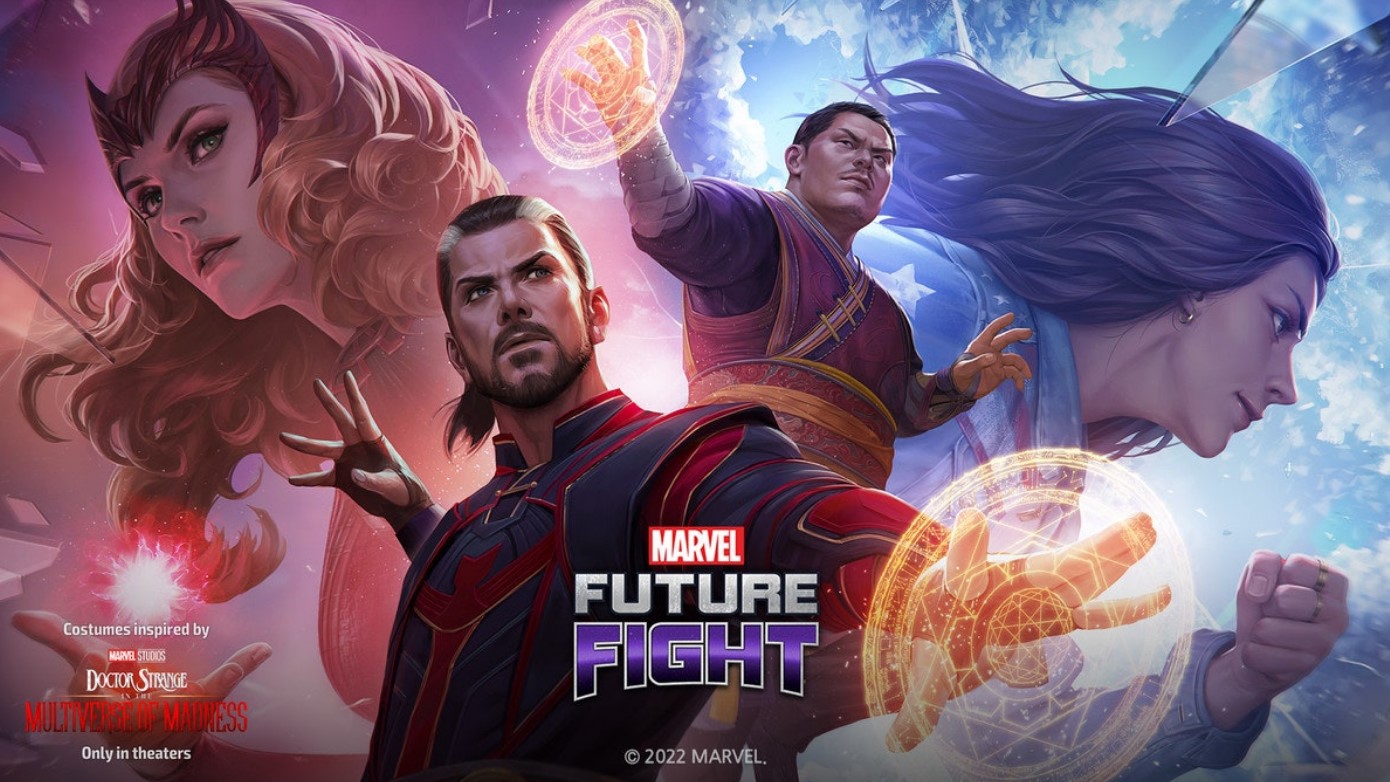