The infamous “Han shot first” scene in Star Wars gets changed yet again for the release of Disney Plus, which launched earlier this morning.

Disney, for some odd reason, added in Greedo saying “Maclunkey” before “first” shooting.

A Twitter user posted the footage and seems to be in favor of it, but it sounds just as dumb as Greedo shooting first.

In the original version, Han Solo shoots first and kills Greedo, but George Lucas changed it in subsequent releases to have Greedo shoot first so as to not make Han Solo look like the bad guy (lame).

In the Disney+ version of Star Wars Greedo now shouts “MACLUNKEY” before getting shot. This is now my favorite version because why the hell not? MACLUNKEY! #starwars #maclunkey pic.twitter.com/k1XmP8wAZT 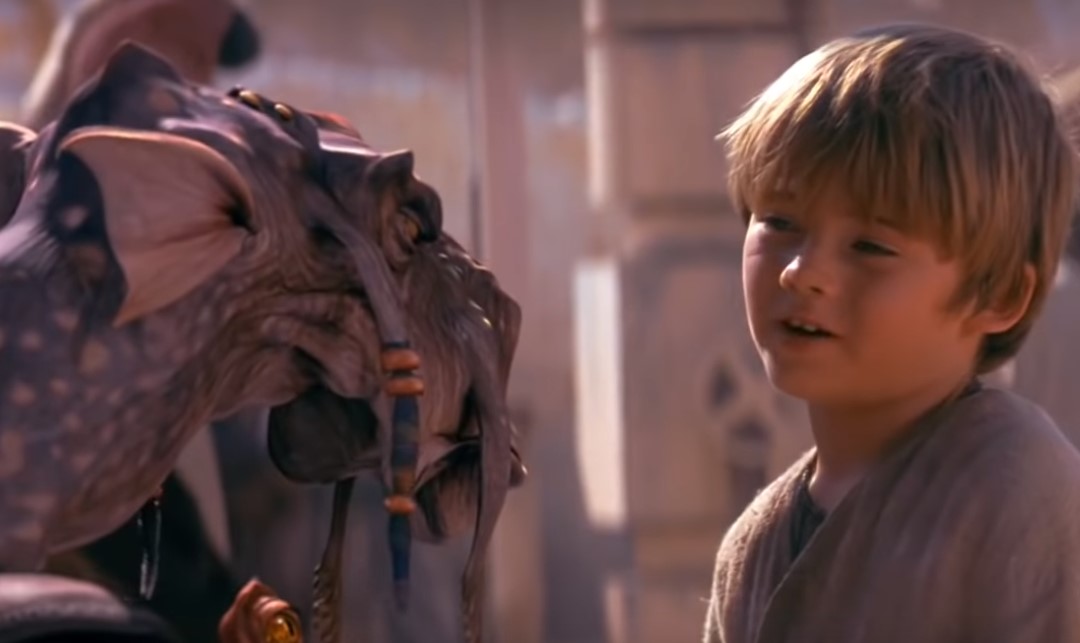 “Maclunkey” used before in Star Wars?

Users on Twitter are also stating that “Maclunkey” may have actually originated in the Star Wars prequels when a young Anakin is talking to Sebulba. The subtitles reveal the word may mean “This will be the end of you.” Check it out:

Disney+ version of A New Hope reveals change to iconic #starwars scene. But Sebulba may have said it first #maclunkey https://t.co/oSb4mVgfNK pic.twitter.com/TvbuHGX9Pw

For reference, here is the original “Han shot first” scene in Star Wars: