James Gunn reveals that DC and Marvel teamed up not once, but twice, for Guardians of the Galaxy 3 and Peacemaker.

Warning: Spoilers follow for the last episode of Peacemaker.

The last episode of the Peacemaker series on HBO Max happens to feature a surprise appearance by members of the Justice League which includes Ezra Miller as The Flash and Jason Momoa as Aquaman.

Deadline: Tell us about landing Jason Momoa and Ezra Miller for the Justice League cameo

GUNN: Jason, I have known for a while. So, we had a preexisting relationship, and also Peter Safran, who’s the producer on the show and he’s one of my closest allies and friends, he’s friends with Jason because he produces the Aquaman movies. So, we asked Jason. We knew Jason was probably going to do it very early on. Ezra came in as more of a surprise. I found out through a couple of friends that Ezra liked my films, and so then I connected with him and asked him to do it, as well. So, yeah, we were just lucky with the two of them.

That was just a great, great touch, and then to hear Aquaman go blue was just great.

GUNN: I know. You hear Aquaman just cursing. I think both of those guys deserves total props because he does f*** with both of them the whole season, and so the fact that they have such a great sense of humor about themselves, I really appreciate both those guys and what they did. The Ezra outtakes are probably the greatest things I’ve ever had. He literally went on for 30 minutes, and he hadn’t seen the show. I just showed him the scene of them walking away, and he kept calling Harcourt the little blonde boy. The best outtakes of all time are from him. 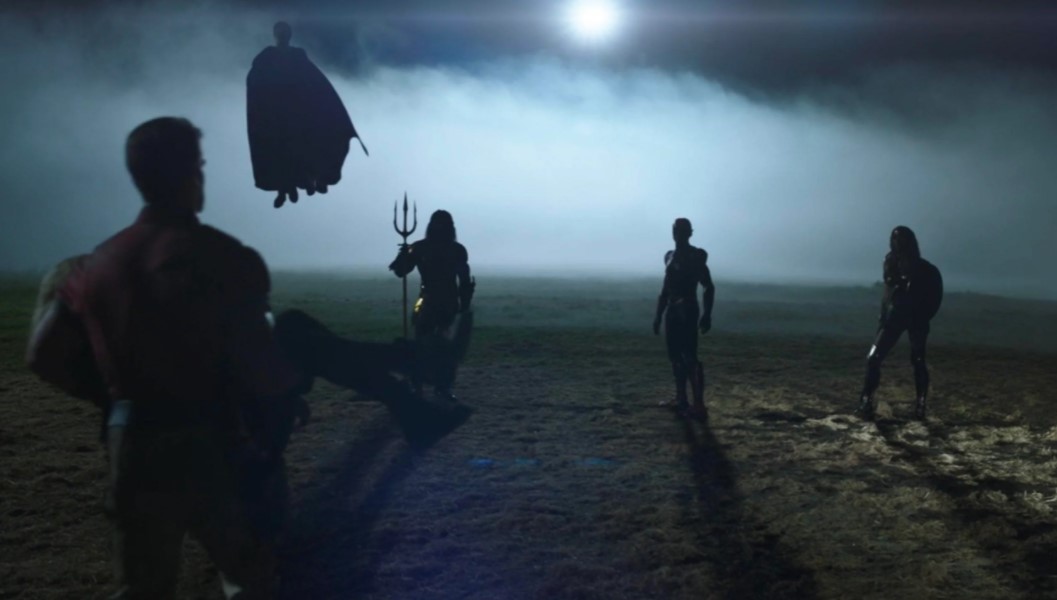 How about a James Gunn DC vs Marvel movie?

Deadline then remarked they have to put Ezra Miller’s outtakes on HBO Max, which saw Gunn reply with news of Marvel helping out:

GUNN: I know. Marvel shot it for us, which was really nice of them.

James Gunn then went on to explain the DC and Marvel team-ups:

GUNN: It was nice because we shot it on the set and with the crew of Guardians of the Galaxy: Vol. 3. You know, they were kind of paying us back, though, because DC, Chukwudi Iwuji, we used the Peacemaker crew to shoot Chukwudi’s screen test for Guardians 3, and DC was really cool about that, and then Marvel was really cool about letting us use our crew to shoot Ezra.

With DC and Marvel getting along, maybe one day James Gunn will be the bridge to connect the two in a DC vs Marvel movie?