A new image of David Harbour as Hellboy has been released featuring the character about to mix it up with some bad guys.

“It’s not an origin story, but it’s his coming to terms with where he came from,” Harbour recently told EW.com. “He’s been Hellboy for a long time, but there’s a new turn of events at the start of the film, where people start to bring up the fact that he might bring about the end of the world, and it’s really the first time he’s heard anything like that. The question that comes up in the movie is where does he really belong?” 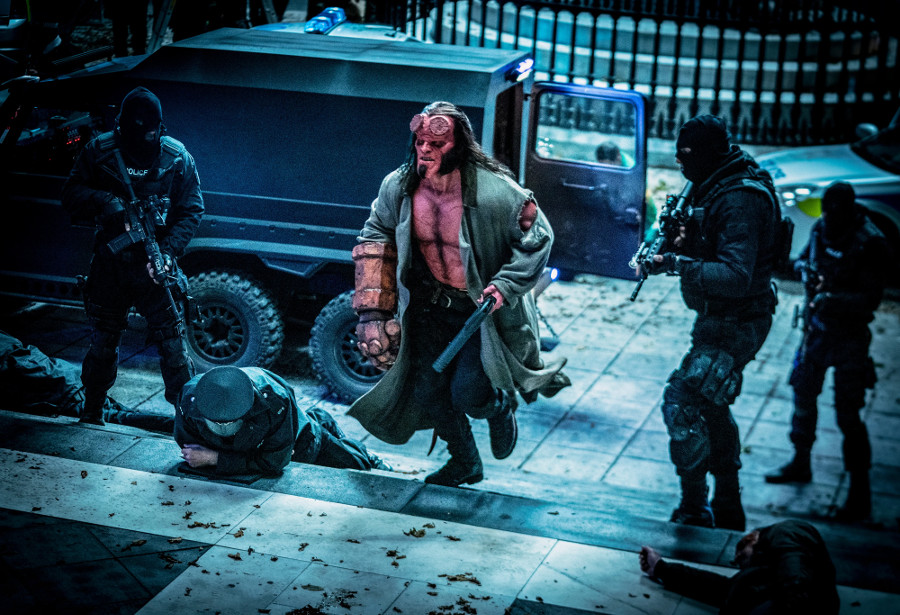