A Hawaiian couple has dropped their petition for a temporary restraining order against The Flash actor Ezra Miller, which followed the actor getting arrested for disorderly conduct and harassment a couple of weeks ago and an earlier incident involving a traffic violation.

According to the court documents, the judge dismissed the petition with prejudice, which means the couple cannot refile the same claim again in that court; however, when a judge first granted the temporary restraining order, the judge said it was needed to prevent future harassment and had set a hearing for Wednesday, but now it is unclear if the hearing will take place now that the case is dismissed.

Fox News also notes the couple’s lawyer declined to comment on why his clients no longer want to pursue the petition against Ezra Miller that accused Miller of bursting into their bedroom and threatening them in Hilo, Hawaii, which took place after and in the same town where Miller was arrested.

In addition to Miller’s arrest and the alleged harassment of the couple, it’s also learned that a separate event took place days prior where Miller was involved in a traffic violation as Miller was cited for obstructing a highway, as the actor was said to be “uncooperative and refused to leave the area and continued to obstruct the sidewalk,” according to Hawaii Police Department Assistant Chief Kenneth Quiocho.

Two hearings are also scheduled for April 26, one for the traffic violation, and one for the arrest, but Miller’s lawyer, Francis Alcain, said they are in “pre-negotiations” for an agreement on the two outstanding cases, so what happens with the hearings remains to be seen. 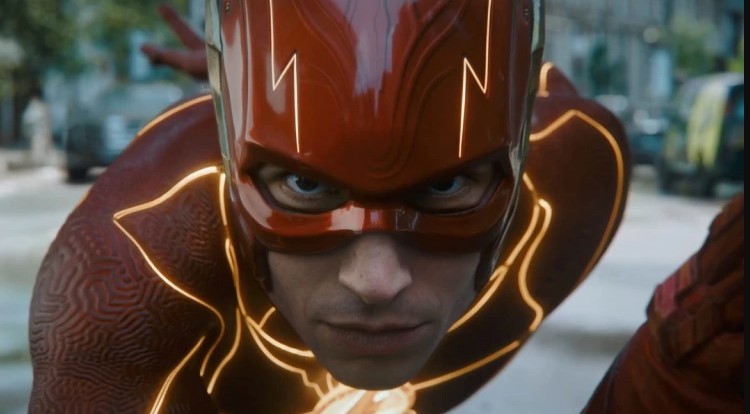 Following is the timeline of events regarding Ezra Miller’s behavior in Hawaii:

Police were called to a dispute in downtown Hilo where Miller was “uncooperative and refused to leave the area and continued to obstruct the sidewalk,” said Hawaii Police Department Assistant Chief Kenneth Quiocho who confirmed Miller was cited for obstructing a highway.

Police were called to Margarita Village in Hilo, where they said Miller yelled obscenities, grabbed a mic from a singing woman, and lunged at a man playing darts.

The official press release from the police department states:

Shortly after midnight on Monday, March 28, 2022, a 29-year-old man visiting from Vermont was arrested and charged for disorderly conduct and harassment after an incident at a bar in Hilo.

On Sunday, March 27, at 11:30 p.m., South Hilo patrol officers responded to a report of disorderly patron at a bar on Silva Street. During the course of their investigation, police determined that the man, later identified as Ezra Miller, became agitated while patrons at the bar began singing karaoke. Miller began yelling obscenities and at one point grabbed the microphone from a 23-year-old woman singing karaoke (disorderly conduct offense) and later lunged at a 32-year-old man playing darts (harassment offense). The bar owner asked Miller to calm down several times to no avail.

Miller was arrested and charged on both offenses and total bail was set at $500. He provided the bail and was released..

A local couple filed a temporary restraining order against Miller the next day.

According to the petition to get the restraining order against Miller, the couple claims that following Miller’s arrest at the karaoke bar, Miller burst into their bedroom and threatened them, with Miller saying to the man, “I will burry [sic] you and and your slut wife.”

The couple drops the restraining order

Two separate hearings are scheduled, one for the traffic violation, and one for the arrest, though Miller’s lawyer said they are in “pre-negotiations” for an agreement on the two outstanding cases, so it could be possible that the hearings might not take place if they come to a settlement.