In a new interview, Mission: Impossible – Fallout director Christopher McQuarrie talks openly about potentially directing a Man of Steel 2 film and confirms he was approached for the 2011 Green Lantern movie.

Regarding Man of Steel 2, Christopher McQuarrie admits he talked with Henry Cavill while on set about the potential, but unfortunately notes it isn’t in development. The good news is at least he seems really open to the possibility (via Collider):

Regarding Green Lantern, Christopher McQuarrie touches upon the rumors of Tom Cruise, and McQuarrie says he is not a big comic book guy, but would rather just have a good story: 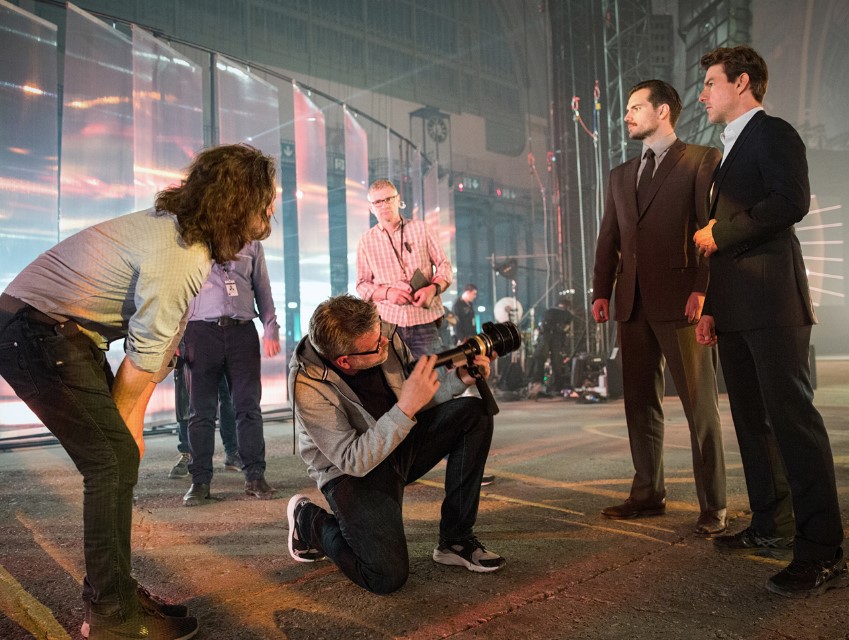 McQuarrie also insinuates if he ever did a comic book flick that he would not want to be weighed down by continuity or the comic book stories:

I don’t really have that kind of… that comic book fan, thing. Which, I think, and I’ll get myself into trouble, I think that’s one of the things that’s kind of crippling those movies, is everybody’s got these moments in a comic book that they want to see put into a movie. That’s not always necessarily the most cinematic thing, or the movie has to jump through hoops to get it. And I watched as other franchise movies try really hard to keep stuff that’s canon, and strangles the movie to death, and I’ve been in meetings where I’m like, ‘Can we just move this?’ ‘No, no, no, don’t move that! Don’t! Seven people saw that in a comic book ten years ago! It’s established! It’s canon!’ And I was like, ‘But the movie sucks. Can we just do it?’ ‘No you can’t!”

“That’s kind of the world that it’s in, and when I came in on Green Lantern I was like, ‘Here’s how I would do Green Lantern,’ and they were like, ‘Ah, but you know,’ and I said, ‘Well, that’s what I would do,’ and they said, ‘Well, will you direct it?’ And I said, ‘No, ’cause there’s no script.’ And they said, ‘Well you write the script,’ and I said, ‘But I may not be the guy to direct,’ like don’t make it a McQuarrie movie, make it the greatest Green Lantern you can make it. We don’t know what that is tonally. We don’t know what any of that stuff is until we get under the hood, and I may be the worst guy in the world. You may end up with Tim Burton’s Green Lantern, and I don’t have that pride of authorship. I’m not the guy who comes in and goes, ‘It’s mine, from the visionary director.’ Bullsh-t f-ckin’ words. You’re a director! You’re a visionary, that’s your job.”