Chris Hemsworth and Tessa Thompson Clean Up In MIB Image

A new image has been released from Men In Black International featuring Chris Hemsworth and Tessa Thompson after what appears to be some sort of catastrophe or battle.

Thompson plays Agent M who heads to the London MIB headquarters where she'll meet up with the head of U.K. operations, played by Liam Neeson. Hemsowrth plays Agent H, and Emma Thompson returns as Agent 0, chief of the MIB organization. 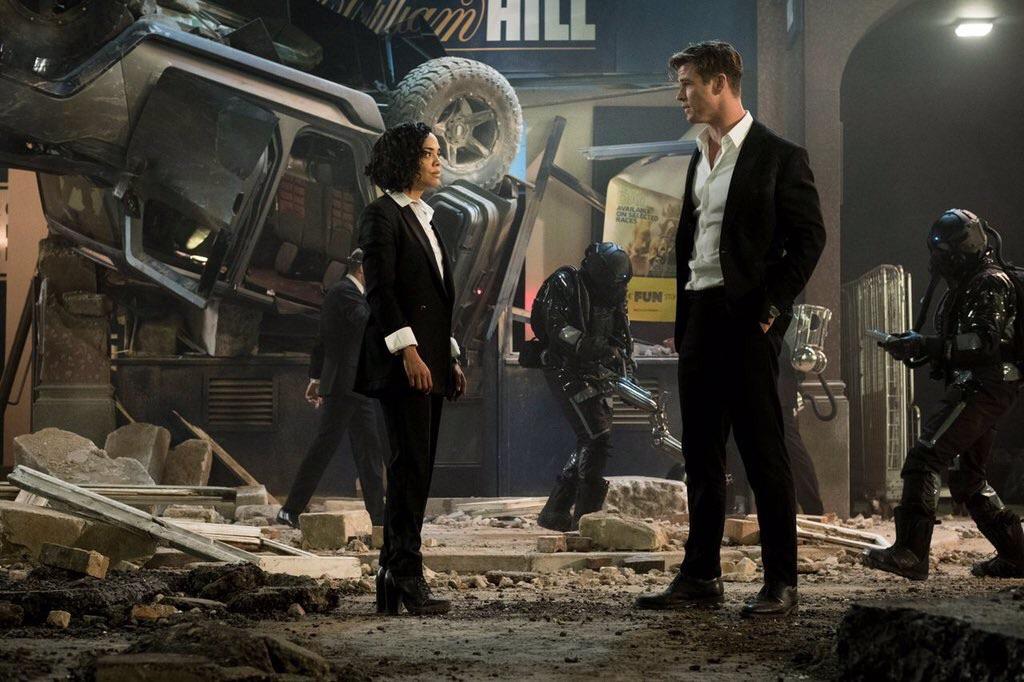