A new look at Brie Larson as Carol Danvers aka Captain Marvel has hit the net.

As we get closer to the release of the movie more and more merchandise will be available; check out a promo pic below of Brie Larson as Captain Marvel from a notebook. More pics can be found below as well. 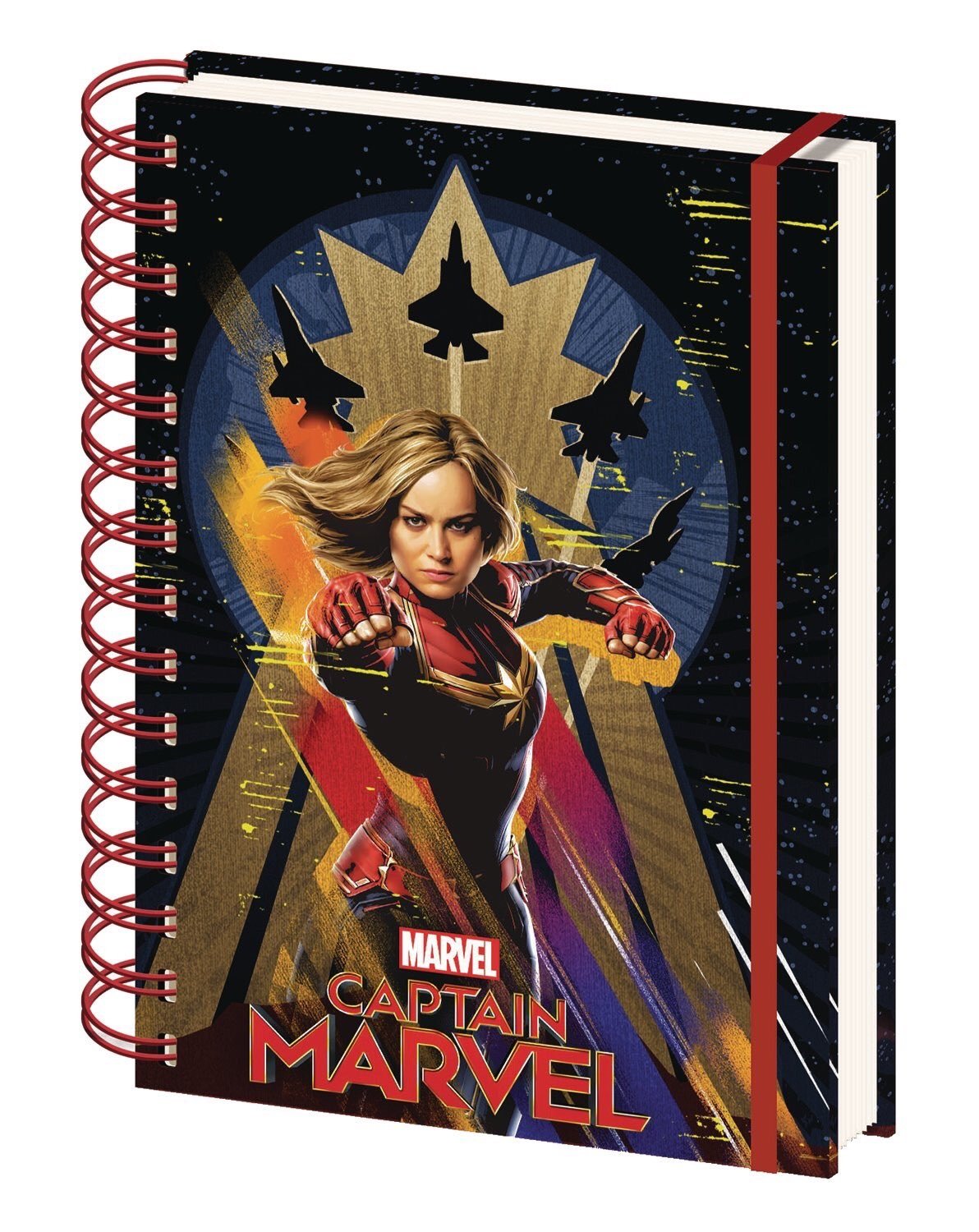