The Captain America 4 villain happens to be rumored to be Sin, the daughter of none other than the Red Skull.

The fourth flick was greenlit following The Falcon and the Winter Soldier airing on Disney Plus and will star Anthony Mackie (it's said a separate project starring Chris Evans is in the works).

According to the rumor, the original plan for Captain America 4 was to have Emily VanCamp's Sharon Carter as the villain, but due to negative fan reaction surrounding her arc in The Falcon And The Winter Soldier, Sinthea Schmidt, aka Sin, will now be the villain with Sharon Carter expected to have a reduced villain role of some sort.

It's claimed that Marvel already has a script for Captain America 4 which is undergoing rewrites and that Marvel is actively casting for the film, with a "Kate Mara type" wanted for the role of Sin (Mara is known for House of Cards and Fantastic Four).

Details are said to include that Sin will be re-evaluating the legacy of her father the Red Skull, Captain America (Steve Rogers), and Sam’s new role as Captain America, with it guessed that similar to the comics, Sin may work to re-establish HYDRA. 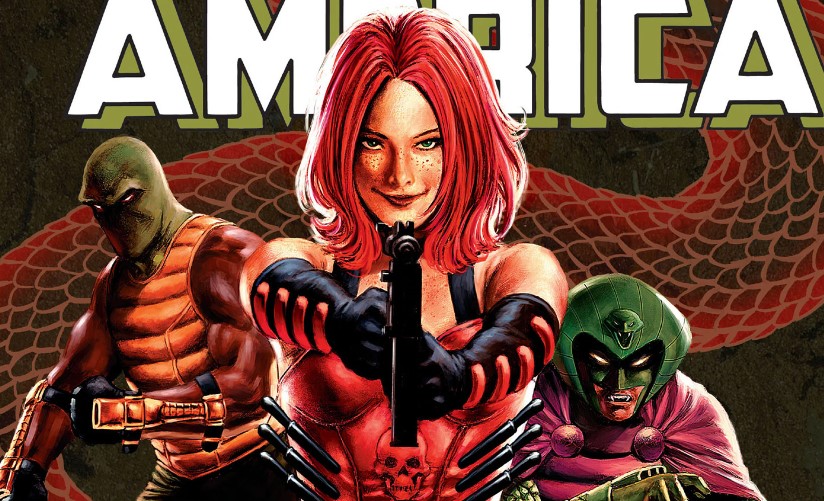 While on his Isle of Exiles stronghold, theRed Skull (Johann Shmidt) choose a peasant washerwomen reminiscent of his mother to bear his heir. The woman died giving birth to a daughter. Desiring to have a son, the furious Skull spat in the dead woman's face, then took the newborn to cast her into the sea. Convinced by his underlingSusan Scarboto spare the child, the Skull ordered Scarbo to be her "night mother" and raise her in misery, anger and hatred at the Skull-House, an old Catholic monastery, only seeing her himself five minutes a week. The young Sinthea Shmidt became a beast of a girl, Susan Scarbo's prize pupil. When Sinthea was still a young girl, the Skull learned he was dying. Needing an instant heir, he used his Deus Machina to artificially age her into adulthood, mentally indoctrinated her, and empowered her as Mother Superior. The Skull also aged and empowered four orphan girls whom he had taught to revere Sinthea as a goddess, creating the Sisters of Sin: Sisters Agony (aka pain), Death, Dream, and Pleasure.

Captain America 4 has no release date as of yet.