Ahead of the big premiere in a couple of weeks on the DC Universe streaming service, check out a teaser and poster for Robotman in Doom Patrol, played by Brendan Fraser.

Brendar Fraser plays the human form of Robotman and voices the character, while Riley Shanahan is providing the physical performance. 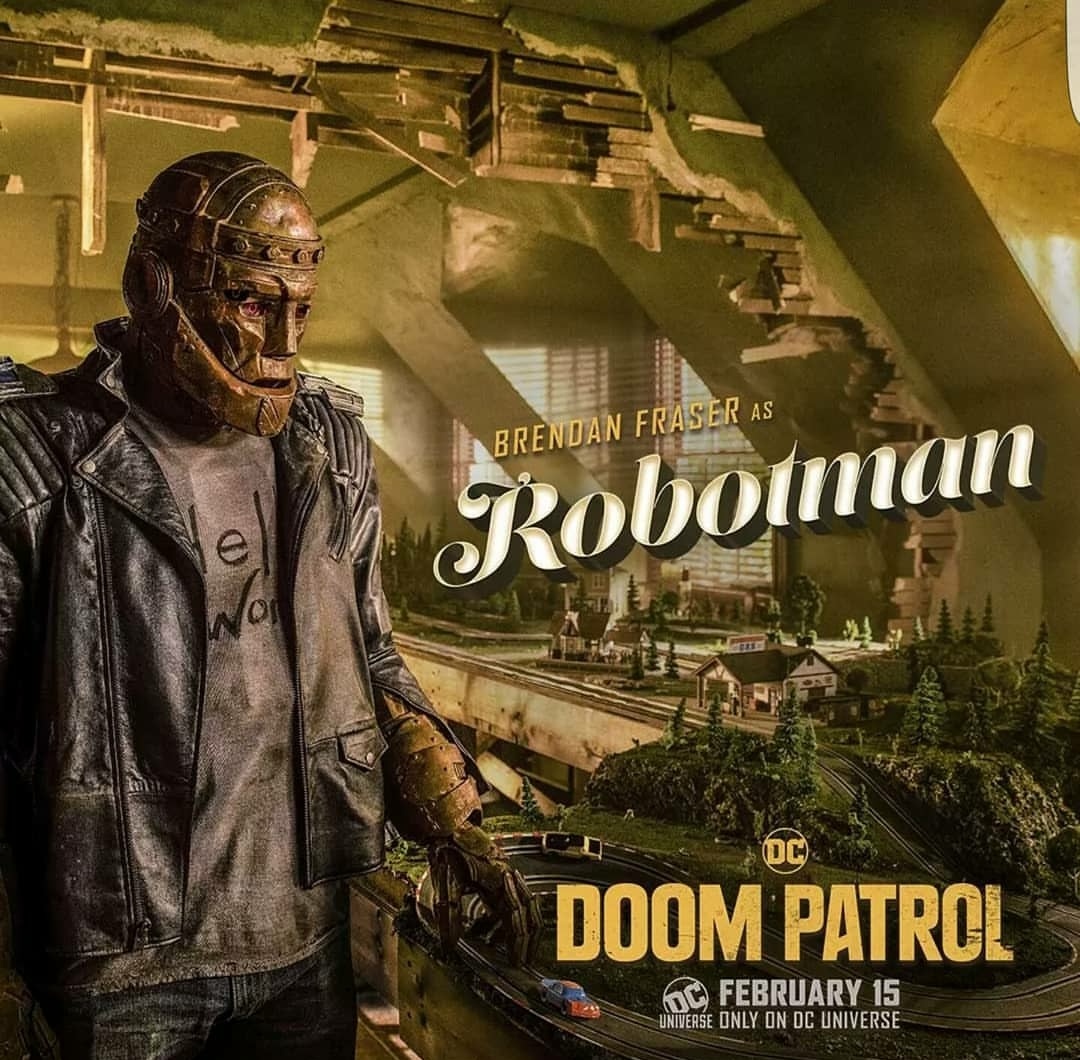 Doom Patrol Season 2 Follows The Yellow Brick Road In Poster and Synopsis
Green Lantern, JLD, Snyder Cut On HBO Max Not Like The CW
Swamp Thing Coming To The CW; Season 2 Could Happen