Kicking things off is an animated short narrated by Benedict Cumberbatch and written by R.A. Salvatore released today. Watch below.

Called “Sleep Sound,” the short introduces new fantasy fans to the hero and his Companions and debuts as part of a longer video hosted by B. Dave Walters that provides an exclusive look at all of the Drizzt offerings this summer including interviews with the developers of the Dark Alliance video game staring Drizzt and the Companions (June 22), new details about R.A. Salvatore’s newest Legend of Drizzt novel (August 3) and a preview of (3) new Magic: The Gathering cards from the upcoming Adventures in the Forgotten Realms set (July 23). Check out "The All Things Drizzt" video belopw as well.

“Born” in the 80s, Drizzt is very much as relevant today as he was then and continues to be a hero for new and old fans discovering or rediscovering him. He may not have the biggest sword but he does what is right even when it is the hard choice, with themes including:

In addition to videogames and novels, the Legend of Drizzt has action figures, Magic: The Gathering cards, Funko POP figures, Halloween costumes, t-shirts, replica scimitars and more. A live action tv show is in development with eOne entertainment and, although not focused on Drizzt, a movie set in the Forgotten Realms starring Chris Pine, Hugh Grant, Rege-Jean Page, Michelle Rodriguez, Sophia Lillis, and Justice Smith is in production. 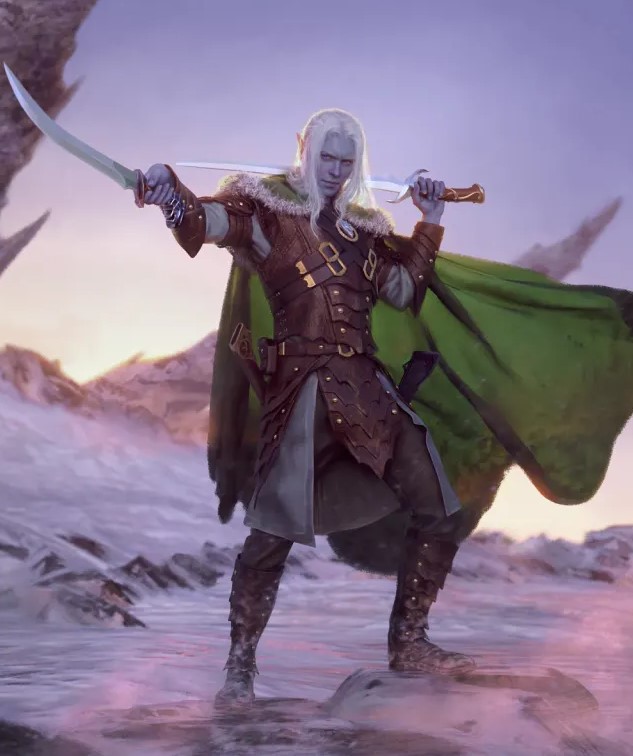