How does that Taylor Swift song go?

And the haters have gone so far as to apparently have created a Twitter spambot smear campaign against Batman Vs. Superman.

A Reddit user with a background in hacking and computer science has found a tweet on Twitter that apparently is getting put out by bot accounts.

The tweet reads: "Batman v Superman will be a two-hour tracking shot of every DC character crying in the rain" (or some version of that).

It's thought the tweet is being put out there to negatively affect users' opinions who search for "Batman v Superman."

While this may sound like some sort of Lex Luthor-created conspiracy theory, you can search for yourself on Twitter and see the tweets, which are even put out by non-English speaking accounts.

Another user on Reddit, a social media marketing specialist, explained that someone probably paid for a blackhat technique that broadcasts one particular message through many fake Twitter bot accounts.

Here is a screenshot cited as evidence: 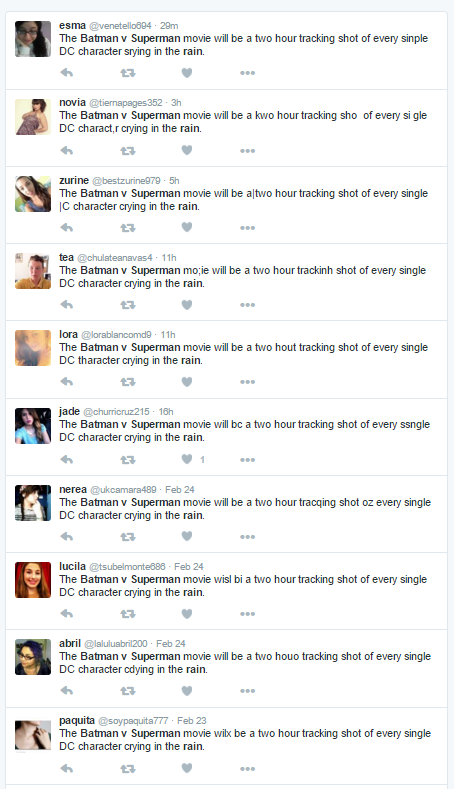