In what comes as a surprise (at least to me), our fans on the CosmicBookNews Facebook page chose The Avengers: Endgame as the better movie over Marvel’s Infinity War.

I voted for Infinity War myself as I felt it was the much better movie.

IMO, Infinity War seemed the purer film that was less impacted by Kevin Feige’s mandates. While Endgame has some cool fan service moments, I felt it was a bit of a mess and that Infinity War was the better overall movie, especially how they handled Josh Brolin’s Thanos. I was extremely unhappy with how The Avenger: Endgame handled Hulk and Thor and felt the use of time travel and its explanation was all over the place, and again, a huge mess (the directors and writers don’t even seem to be on board with the same explanations).

I’m guessing fans voted because Endgame had some cooler moments, such as Cap wielding Mjolnir. Check out reactions below. 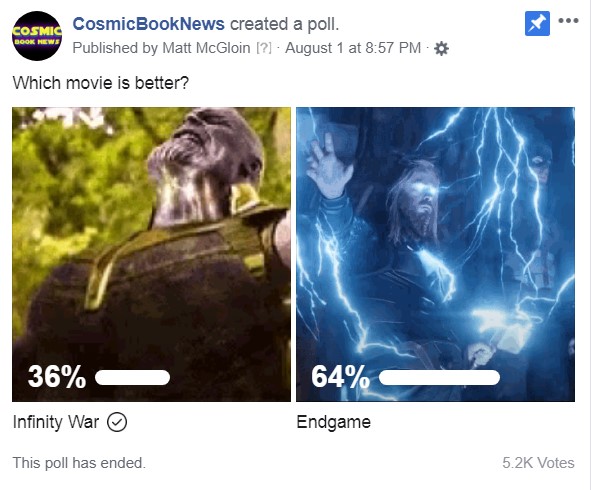 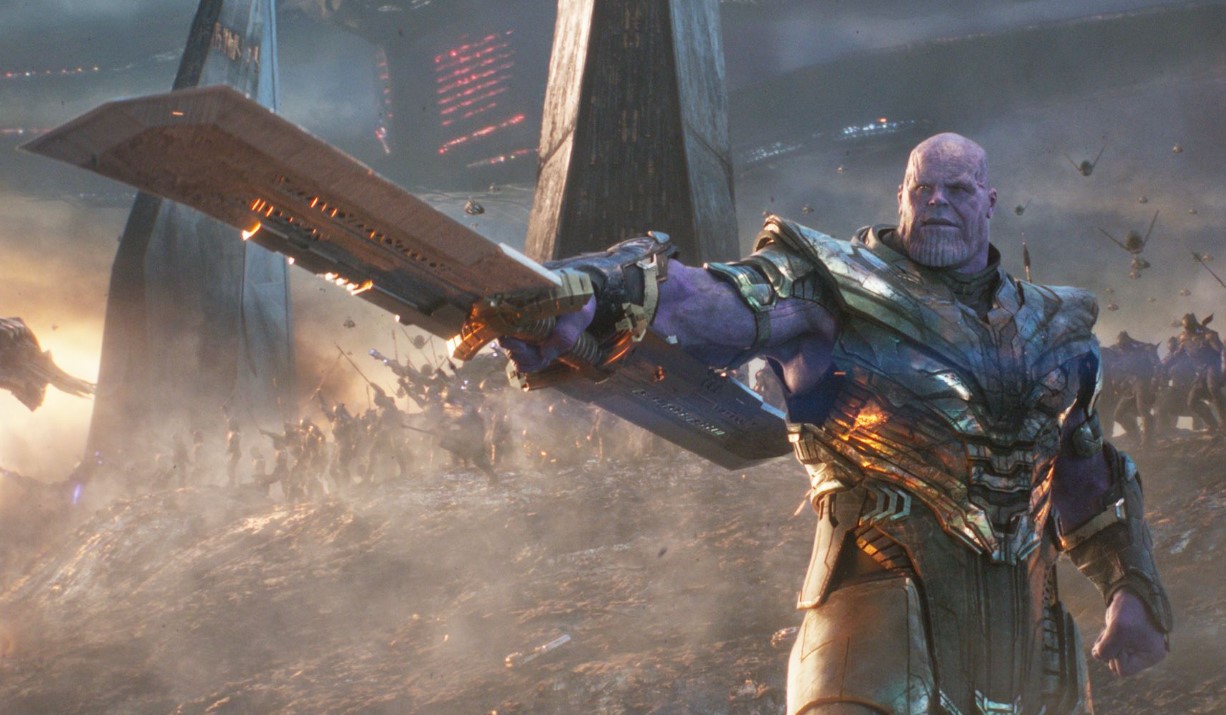 “Infinity War was excellent, but Endgame wrapped up a whole lot of plot holes and gave us some ‘epic’ battle sequences,” commented Yolanda Carrillo.

“Endgame cause we have a Hulk not like we wanted to see him but he was out. Not forgetting Captain America with willing Thor hammer. And to end it Ironman sacrifices him self.[crying emoji] we love you 3000 my 5 year old and I cried! Marvel for ever!” Teodoro Bernal offered.

“Endgame! When cap picked up the hammer that was the icing on the cake!” commented Israel Escobedo.

“Endgame is automatically better since it has Hawkeye,” said Tim MacIver.

“ENDGAME I know IT was sad BUT THE END BATTLE WAS THE BEST P.S Sorry Tony stark,” commented Elise Chin. 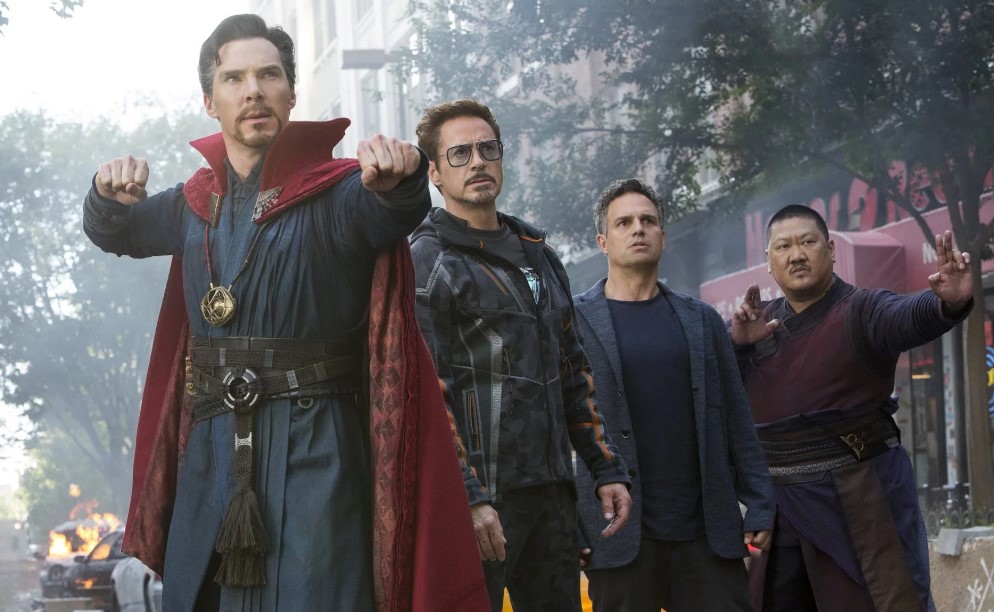 “Infinity War by far,” said Steven Smith, a top fan. “The only reason why people think Endgame was better because it was building up for 10 years and Endgame was the conclusion to the story. But Endgame had its flaws. It was in no way a perfect movie like people think. Infinity War was way better.”

“Inf War was way better … Endgame looked like a 2 hour fun service movie without plot,” Leqso Davitashvili commented which got a lot of reactions from other fans.

“Only the final half hour to full hour of Endgame was better than anything in Infinity War, the rest of the movie was just two hours of Memberberries. Infinity War was actually good all around,” said Jacob McCurry.

“Infinity was is way much better because of its grouping, managing so many characters properly, less plot hole, humour & the incredible fight scenes (especially the titan fight scenes is the best in mcu),” Tanvir Ahmed Sifat offers. “Endgame was just an emotional fan service. The all & only best thing in the endgame is the final fight scene. But in IW, the movie thrills the audience from beginning to end. This was masterpiece. Infinity War is the ultimate example for all superhero movies about how to manage so many characters properly in a single movie.”

“Infinity War. It had a cohesive tight narrative and even though there was a sad ending it felt satisfying. End Game while fun was a messy narrative that was literally all over the place. Some scenes were uncessary and obviously just fan service,” August Raymond Carlson commented.

“Infinity War was on a different level. It is the best movie in the MCU, so far. It isn’t even close!” Jake Loewen added.

“Infinity War is a million times better. Gave each character good screentime and told a good story. Endgame was a bunch of BS and fan service to the extreme. And somehow made Hulk look worse than when he got beat in Infinity War,” said Ethan M Padron.

“If there was a fight with Thanos and Hulk then the movie was not 2 billion but 3 billion dollars at the box office,” said Caine Caine.

“Infinity War, because it had less holes than the swiss cheese of Endgame,” commented Shane Christon Alexander.

Which movie did you like better? Let us known in the comments below! And feel free to vote in our next poll, Man of Steel vs Batman v Superman! 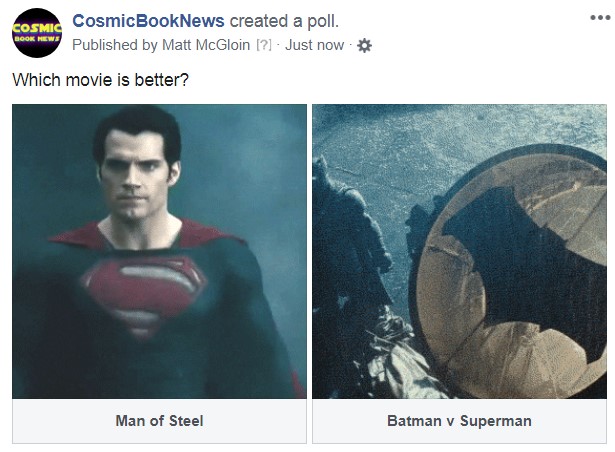