The CW announces the final episode air dates for both Arrow and Supernatural, as well as the Legends of Tomorrow Season 5 premiere.

Supernatural will wrap its historic 15-season journey on Monday, May 18.

Thursday saw Stephen Amell let it be known that he wore the Green Arrow suit for the last time.

"Tonight is the last night I wear the Arrow suit," Amell tweeted.

Below you can check out The CW's midseason premiere announcements and schedule. 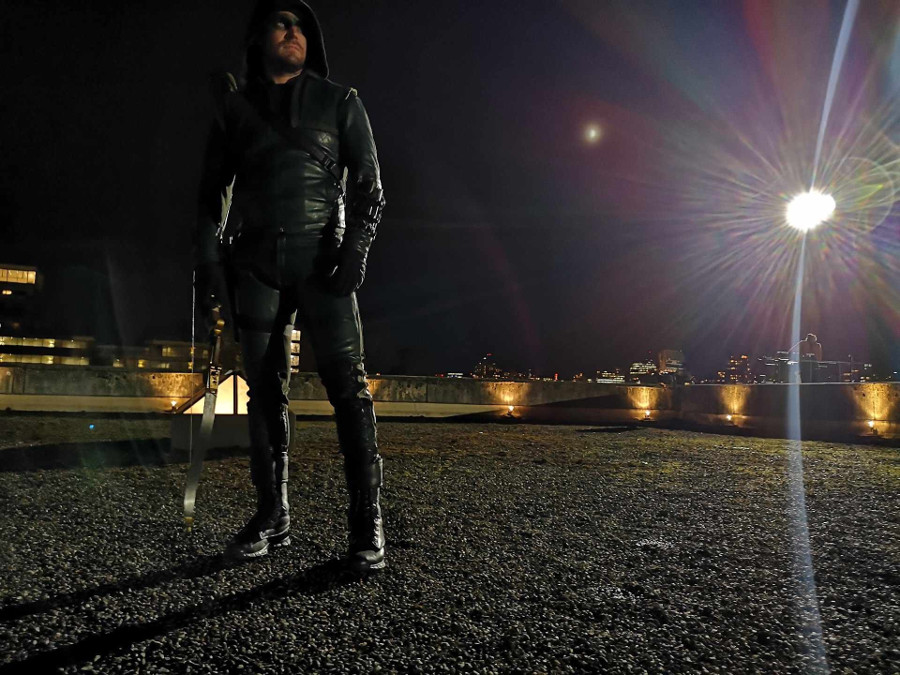 The CW Sets the Series Finales of “Arrow” and “Supernatural” and

Season Finales of “All American” and “Black Lightning”

November 8, 2019 (Burbank, CA) – The CW Network today announced dates for the debut of its new series KATY KEENE, plus the returns of DC’S LEGENDS OF TOMORROW and ROSWELL, NEW MEXICO.

SUPERNATURAL will wrap its historic 15-season journey on Monday, May 18.

The premieres of the second season of IN THE DARK and the final season of THE 100 will be announced at a later date.

KATY KEENE follows the lives and loves of four iconic Archie Comics characters — fashion legend-to-be Katy Keene (Lucy Hale), singer/songwriter Josie McCoy (Ashleigh Murray), performer Jorge Lopez/Ginger (Jonny Beauchamp), and “It Girl” Pepper Smith (Julia Chan) — as they chase their twenty-something dreams in New York City…together. Katy designs clothes for anyone she can, including her friend and roommate Josie, whose singing talent catches the attention of Alexander Cabot (Lucien Laviscount), a CEO who hopes to reboot the record label division of his father’s corporate empire. But Alexander’s dream of signing Josie to a recording contract meets resistance from Cabot Media’s powerful senior vice president Alexandra (Camille Hyde), who also happens to be his twin sister. Josie and Katy’s roommate Jorge works at his family’s bodega and has his eye on Broadway, but after a series of rejections, he hopes to take his drag performance career as Ginger to the next level. The mysterious Pepper Smith plans to open her own version of Andy Warhol’s Factory. She has the connections, but no one seems to know where she got her money — or if she really has any at all. Katy struggles to manage the pressures of her day job at Lacy’s Department Store and her very demanding boss, Gloria (Katherine LaNasa), who is a legendary personal shopper. But Katy has the support of her longtime boyfriend, KO Kelly (Zane Holtz), who has his own dream of becoming a professional boxer. As these aspiring artists take on the runway, the recording studio, Broadway, and the NYC social scene, they will find more than just a career in the big city — they’ll find long-lasting friendship. A spinoff of the hit series RIVERDALE, KATY KEENE is from Berlanti Productions in association with Warner Bros. Television and CBS Television Studios with executive producers Greg Berlanti (“Arrow,” “The Flash,” “Supergirl,” “Riverdale”), Roberto Aguirre-Sacasa (“Supergirl,” “Riverdale”), Michael Grassi (“Riverdale,” “Supergirl”), Sarah Schechter (“Arrow,” “The Flash,” “Supergirl,” “Riverdale”) and Jon Goldwater (Archie Comics Publisher & CEO.)

The following is The CW’s 2020 midseason premiere schedule: