The latest update for Fortnite sees the Jason Momoa Aquaman added to the mix as trailer have been released featuring the DCEU King of the Seven Seas.

Get the Chapter 2 – Season 3 Battle Pass now to instantly unlock the Fade and Ocean Outfits.

Also, explore the Fortilla where you can unlock Challenges and gain Battle Pass XP.

Be on the lookout for Aquaman, who will splash down later in the Season.

Always wanted to customize your own Umbrella? Well now you can! Get the Battle Pass and get access to the Build-A-Brella. Complete Challenges and make this Umbrella uniquely yours.

“Unlock your team of Drifters, build your own Umbrella and earn 1,500 V-Bucks back,” teases the Battle Pass trailer.

“The Island has flooded, there are new areas to explore, Marauders to take on and… sharks to ride?” teases the Fortnite Chapter 2 – Season 3 “Splashdown Launch” trailer. “Survive more than just the Storm. Adapt to the new flooded way of life on the Island.” 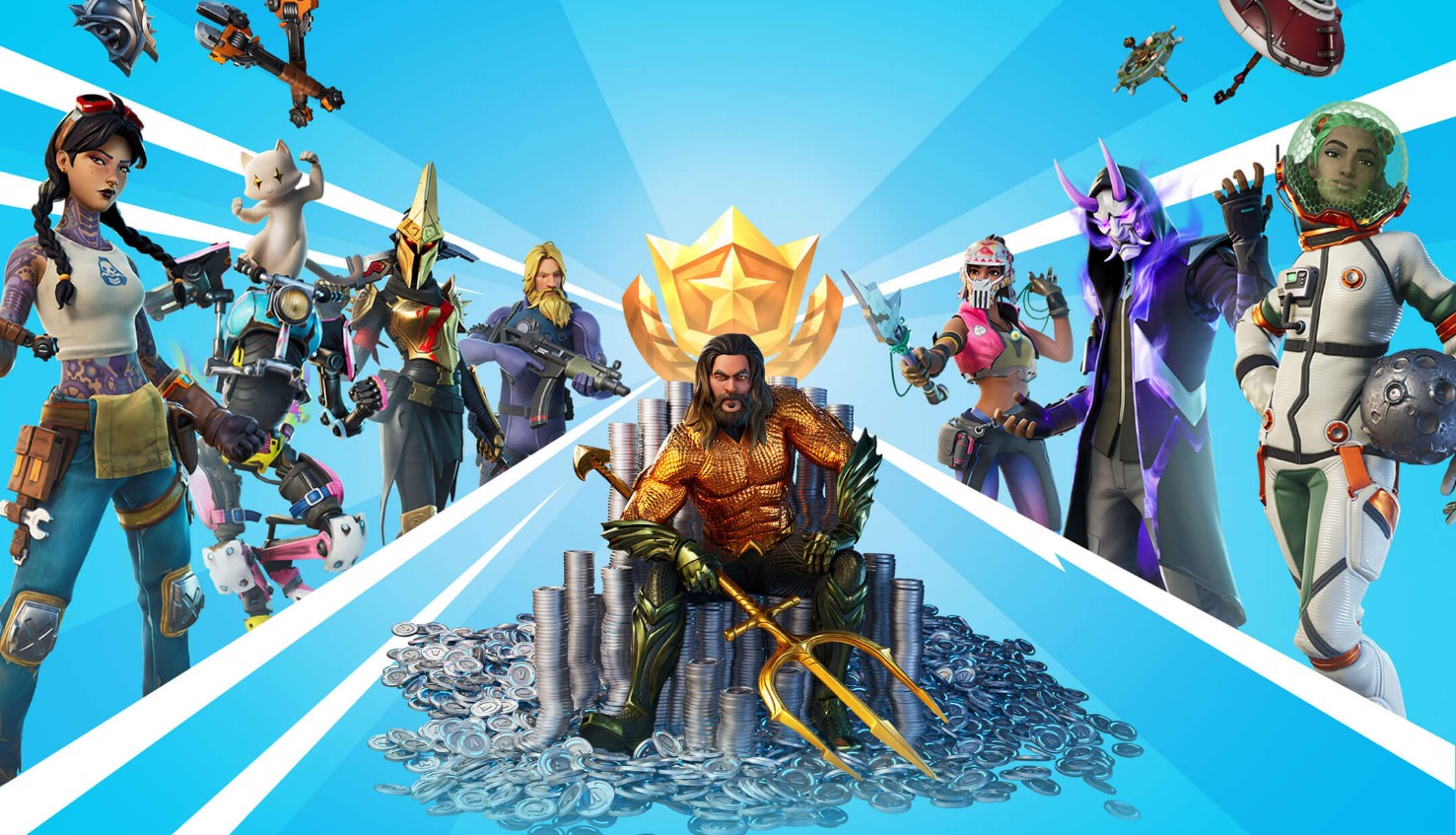 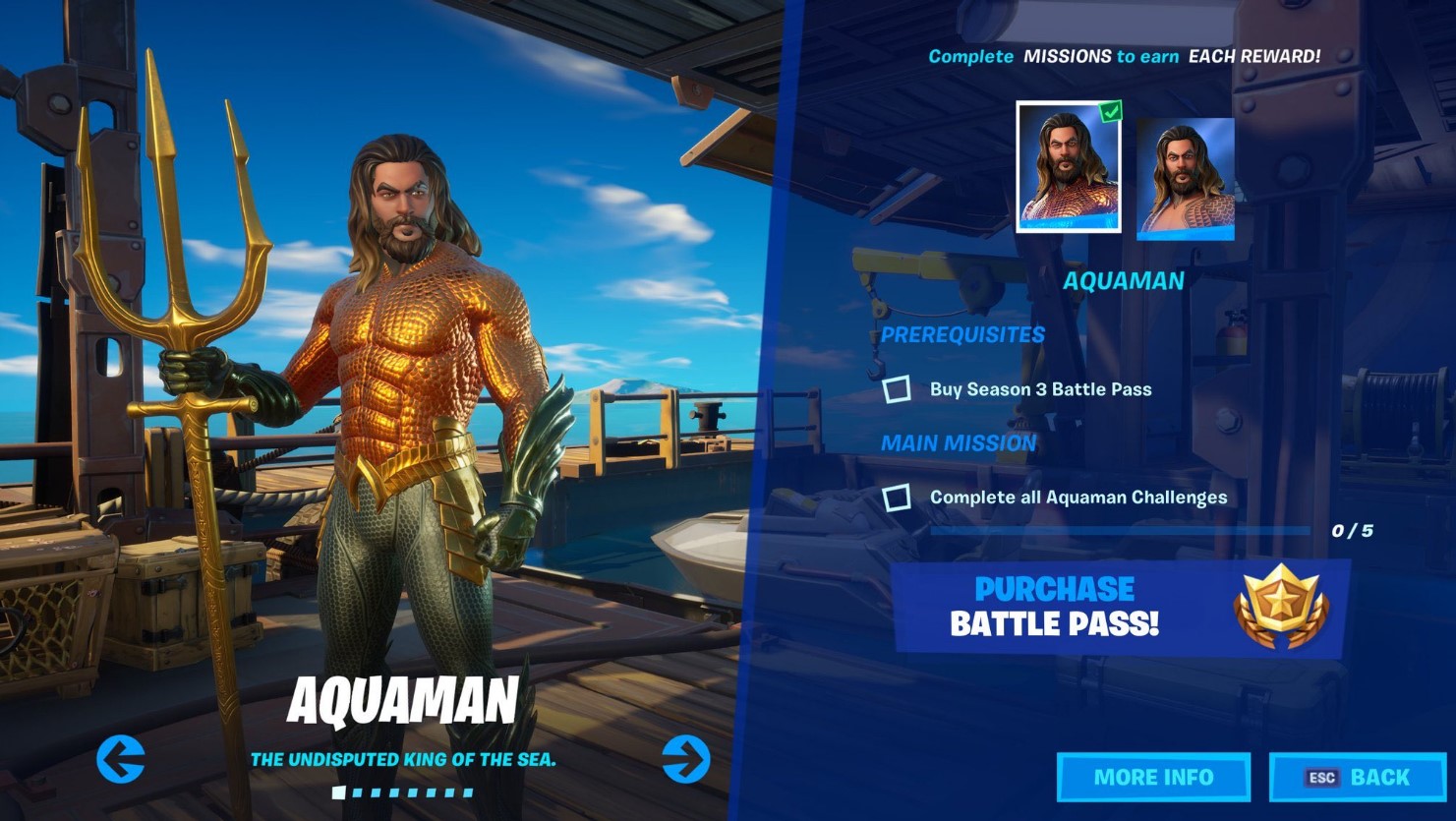 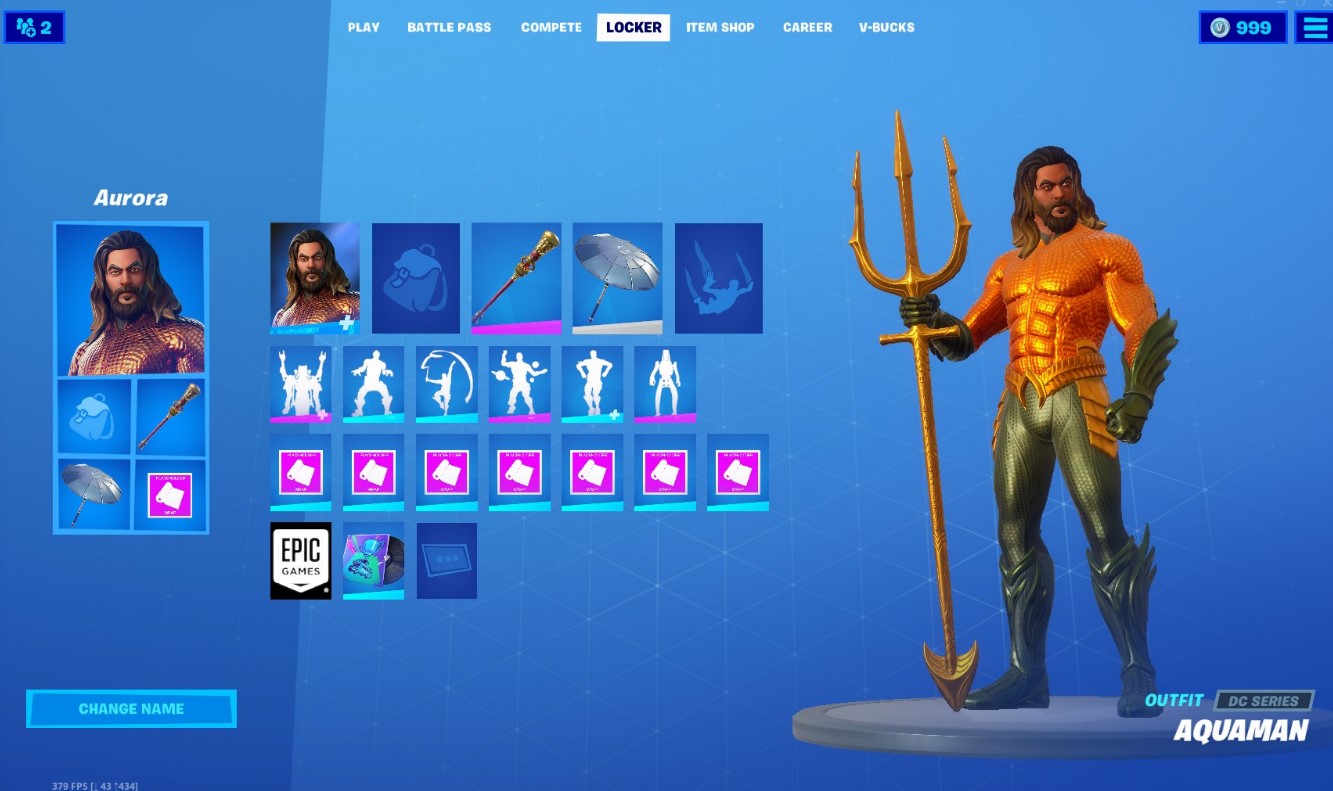