The terrorist organization, ULTIMATUM, is teased for the MCU, possibly involving The Falcon and the Winter Soldier Disney Plus series.

Fans spotted an Instagram post from the production manager on The Falcon and the Winter Soldier and WandaVision that teases the U.L.T.I.M.A.T.U.M. acronym, as Sendio posted the following: 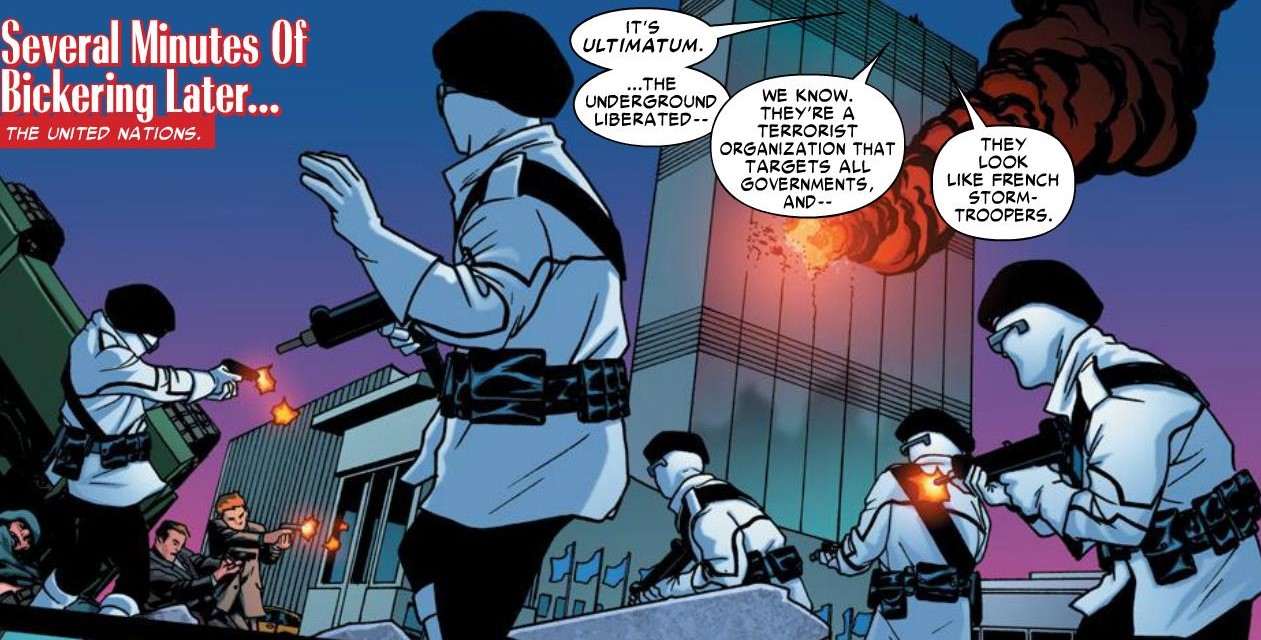 In the Marvel Comics, the ULTIMATUM team is a terrorist organization led by Flag Smasher and is secretly funded by none other than the Red Skull.

Perhaps in The Falcon and the Winter Soldier, Zemo funds the ULTIMATUM team?

ULTIMATUM also has ties to Captain America, which would fit with TFATWS, as the group was created by Mark Gruenwald and Paul Neary in 1986 and first appeared in Captain America # 321 and has made nearly 100 appearances in the comics.

In addition to Captain America, the terrorist organization has appeared in issues of Spider-Man, Deadpool, Ghost Rider, Wolverine, Moon Knight, Deathlok and Avengers.

The current status of The Falcon and the Winter Soldier is that filming is on hold due to the coronavirus; the series actually had only a couple of more weeks left to film, but again, it was forced to stop production.

The series is supposed to debut in August on Disney Plus and stars Anthony Mackie and Sebastian Stan as the titular characters, Daniel Bruh returns to play Zemo, and Emily VanCamp returns as Sharon Carter.