The cover art for The Avengers: Endgame art book has been revealed featuring Thanos who smiles and is pretty happy with himself following what went down in Infinity War.

The art, by Ryan Meinerding, shows Thanos at his farm moments after wiping out the Avengers and turning them to dust, as we see the damaged Infinity Gauntlet on his left hand.

Here is the description for The Road to Marvel’s Avengers: Endgame art book:

The fourth installment in the Avengers saga will be the culmination of 22 interconnected films and will let audiences witness the turning point of this epic journey. This collectible volume features art from films leading up to this thrilling event, including additional behind-the-scenes art, interviews and photography from Avengers: Infinity War. 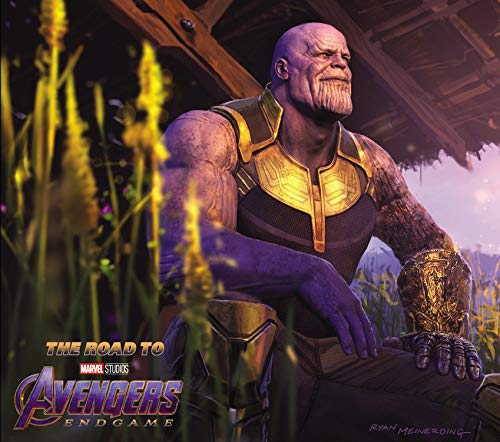