Swamp Thing Coming To The CW; Season 2 Could Happen

The DC Universe series Swamp Thing is set to come to The CW later this year with the first season.

The CW announced Swamp Thing as part of its upcoming lineup that will air Fourth Quarter 2020:

With The CW’s new season set for January 2021, The CW has crafted a line-up of fresh programming for the Fourth Quarter 2020, featuring a balanced mix of original and acquired scripted series and alternative programming, including SWAMP THING, TELL ME A STORY, CORONER, DEAD PIXELS, PANDORA, THE OUTPOST, TWO SENTENCE HORROR STORIES, WORLD’S FUNNIEST ANIMALS, MASTERS OF ILLUSION, WHOSE LINE IS IT ANYWAY? and PENN & TELLER: FOOL US.

Here is the description given by the network:

SWAMP THING follows Dr. Abby Arcane (Crystal Reed, “Gotham,” “Teen Wolf”) as she investigates what seems to be a deadly swamp-born virus in a small town in Louisiana but when a mysterious creature emerges from the murky marsh, she finds herself facing the nightmares of a supernatural world where no one is safe. The series also stars Virginia Madsen (“Sideways,” “Dune”), Andy Bean (“Power,” “It: Chapter Two”), Henderson Wade (“Riverdale,” “Extant”), Derek Mears (“The Flash,” “Predators”), Maria Sten (“Persuasion,” “Channel Zero”) and Jeryl Prescott (“The Walking Dead,” “Ray Donovan”) with Jennifer Beals (“Flashdance,” “The L Word”) and Will Patton (“Falling Skies,” “Halloween”). Based on the DC characters created by Len Wein and Bernie Wrightson, SWAMP THING is produced by Atomic Monster in association with Warner Bros. Television. The series is executive produced by James Wan (“Aquaman,” “The Conjuring” films), Mark Verheiden (“Battlestar Galactica,” “Constantine”), Gary Dauberman (“It” and “Annabelle” films), Michael Clear (“The Nun,” “Annabelle: Creation”) and Len Wiseman (“Lucifer,” “Sleepy Hollow”).

The CW also released the following poster. See below.

Regarding Swamp Thing Season 2, the series only had one season on the DC Universe streaming service before it was canceled. While at Comic-Con last Summer, DC insiders fill me in AT&T was responsible for the cancellation. It's also known that J.J. Abrams is developing a Justice League Dark series for HBO Max, which might feature Swamp Thing.

The CW president Mark Pedowitz did touch upon the possibility of Swamp Thing Season 2 with the announcement:

At the moment, it's just the one season. I do not know if it would come back. Obviously that would be a discussion for Warner Bros. and The CW. But at this time, Swamp Thing is just the episodes we have. 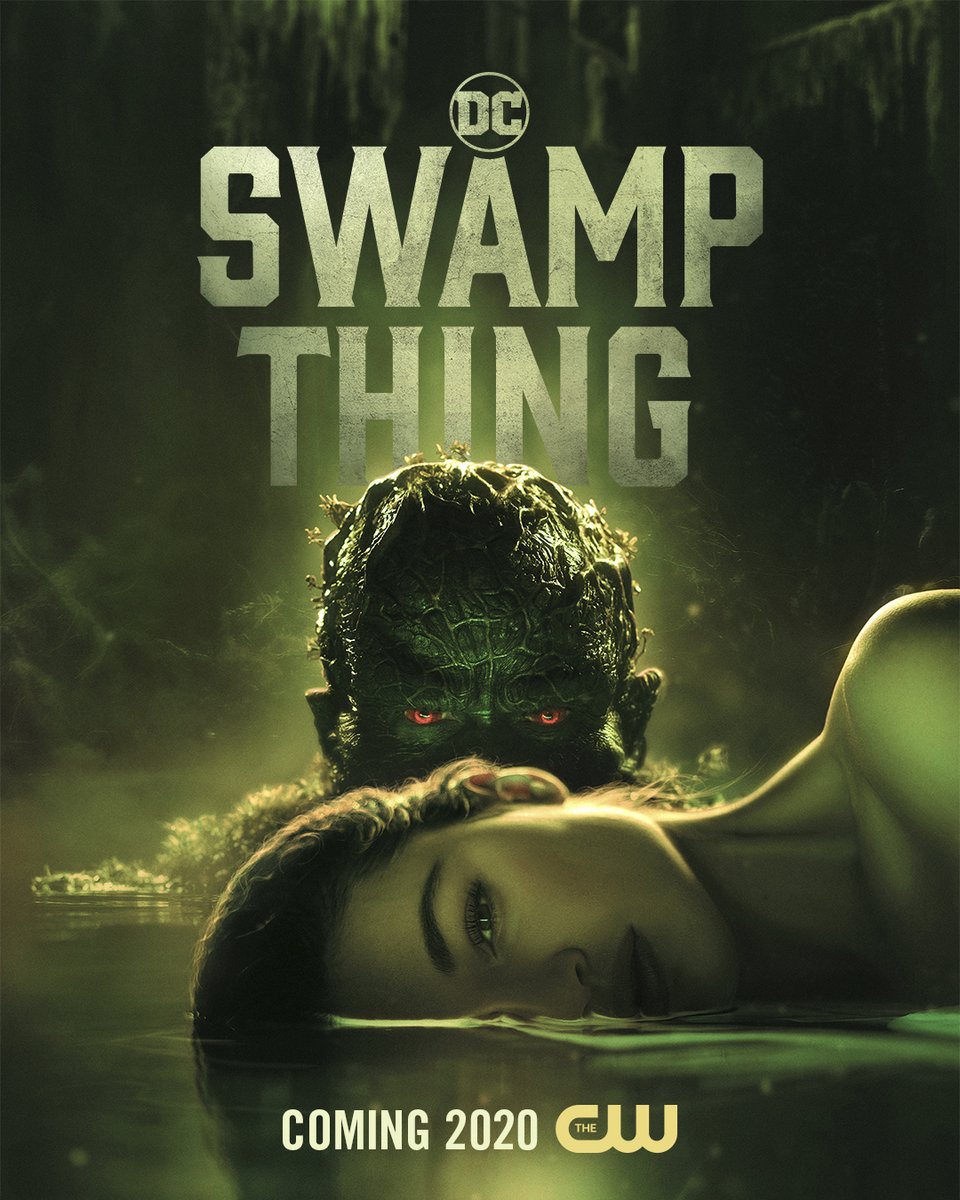