The CW has announced premiere dates for a slew of shows including the second half of the final season of Supergirl, Stargirl Season 2, the return of DC’s Legends of Tomorrow, and more.

DC’s Legends of Tomorrow is set to return with Season 6 on Sunday, May 2 at 8 pm EST.

Current episodes of Supergirl are airing Tuesdays at 9 pm EST, as Superman & Lois is on hiatus and returns May 18.

Find The CW’s official announcement below. 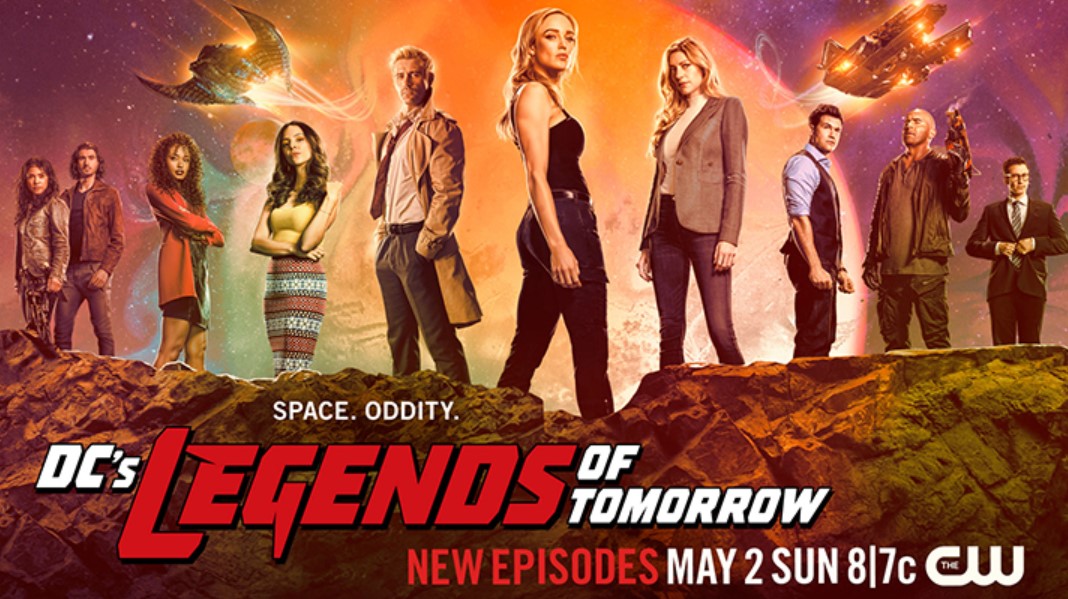 In The Dark” Season Three Premiere Now Set for Wednesday, June 23 at 9:00pm

“Wellington Paranormal” From Creators Jemaine Clement and Taika Waititi Makes Its U.S. Series Debut on The CW with Back-to-Back Original Episodes on Sunday, July 11 at 9:00pm and 9:30pm

“Coroner” Returns With Its U.S. Season Three Premiere on Thursday, July 15 at 9:00pm

British Comedy “Dead Pixels” Powers Up for Its Second Season on Sunday, July 18 at 9:30pm

“Masters of Illusion” Premieres Its New Season With Back-to-Back Episodes on Friday, August 13 at 8:00pm and 8:30pm

Legal Drama “Burden of Truth” Returns for its Final Season on Thursday, August 19 at 8:00pm

“Supergirl” Brings Her Heroic Journey to a Close with The Final 13 Episodes Starting Tuesday, August 24 at 9:00pm

The third season of IN THE DARK returns to The CW with a new premiere date Wednesday, June 23 (9:00-10:00pm ET/PT) following an original episode of the new hit series KUNG FU (8:00-9:00pm ET/PT). IN THE DARK had previously been announced to premiere June 9.

The horror-comedy WELLINGTON PARANORMAL, a spinoff of the vampire mockumentary film “What We Do In The Shadows,” from award-winning creators Jemaine Clement (“Flight of the Conchords”) and Taika Waititi (“Jojo Rabbit”), will make its U.S. broadcast debut on The CW with back-to-back original episodes airing Sunday, July 11 (9:00-9:30pm ET/PT and 9:30-10:00pm ET/PT). The following week, on Sunday, July 18, WELLINGTON PARANORMAL (9:00-9:30pm ET/PT) will be paired with the return of the British comedy DEAD PIXELS (9:30-10:00pm ET/PT), back for its second season. Both nights will kick off with brand new, original episodes of DC’S LEGENDS OF TOMORROW (8:00-9:00pm ET/PT).

The return of RIVERDALE from its midseason hiatus moves to Wednesday, August 11 (8:00-9:00pm ET/PT) as it completes its fifth season, paired with original episodes of IN THE DARK (9:00-10:00pm ET/PT). RIVERDALE was originally announced to return on July 7.

On Tuesday, August 24, SUPERGIRL (9:00-10:00pm ET/PT) returns for the final 13 episodes and the series conclusion of the heroic journey of Kara Zor-El aka Supergirl (series star Melissa Benoist), paired on the night with fellow superhero DC’S STARGIRL (8:00-9:00pm ET/PT).

Every episode from the current season of BATWOMAN, DC’S STARGIRL, KUNG FU, NANCY DREW, THE REPUBLIC OF SARAH, SUPERMAN & LOIS and WALKER as well as BURDEN OF TRUTH, CORONER, DEAD PIXELS, MASTERS OF ILLUSION, PENN & TELLER: FOOL US, WELLINGTON PARANORMAL, WHOSE LINE IS IT ANYWAY? and WORLD’S FUNNIEST ANIMALS will be available to stream on The CW’s free digital platforms (The CW app and CWTV.com) following its broadcast on The CW Network.

The following is The CW’s extended Summer 2021 schedule including new series and returning season premieres and key revised dates. All times ET/PT: