The CW releases the first look footage at Jon Cryer as Lex Luthor in Supergirl which makes its debut in episode fifteen on March 17 titled “O Brother, Where Art Thou?.”

Similar to previous versions of the character, the Jon Cryer Lex Luthor hates Superman, and in turn Supergirl, as well.

“I want to see if the the Kryptonian pretender can bleed,” Lex says in the spot below.

“Superman. We think he is invincible,” Lex says. “I was the Man of Tomorrow! Not him. Not! Him!”

The big reveal then comes when a judge is about to lay down a verdict, which sees Lex respond with, “Superman made me do it.”

“We are enormous fans of Jon Cryer, and he was instantly our dream actor to play the iconic role of Lex Luthor,” said Supergirl executive producers Robert Rovner and Jessica Queller in a previous statement. “Jon is a super-talent, and the fact that he played Lenny Luthor in Superman IV brings an added layer of legacy to his casting. We’re beyond thrilled to welcome Jon to the Supergirl family.”

“We’re beyond excited to introduce iconic villain, Lex Luthor, to Supergirl and to weave him into our story this season,” Rovner and Queller also said in a previous statement. “We’ve talked about having Lex on the show since it’s inception and we’re excited to have him finally arrive. We can’t wait for him to shake things up in National City and watch him go toe to toe with not only Supergirl, but his sister Lena Luthor.”

Supergirl airs Sundays at 8 p.m. on the CW. 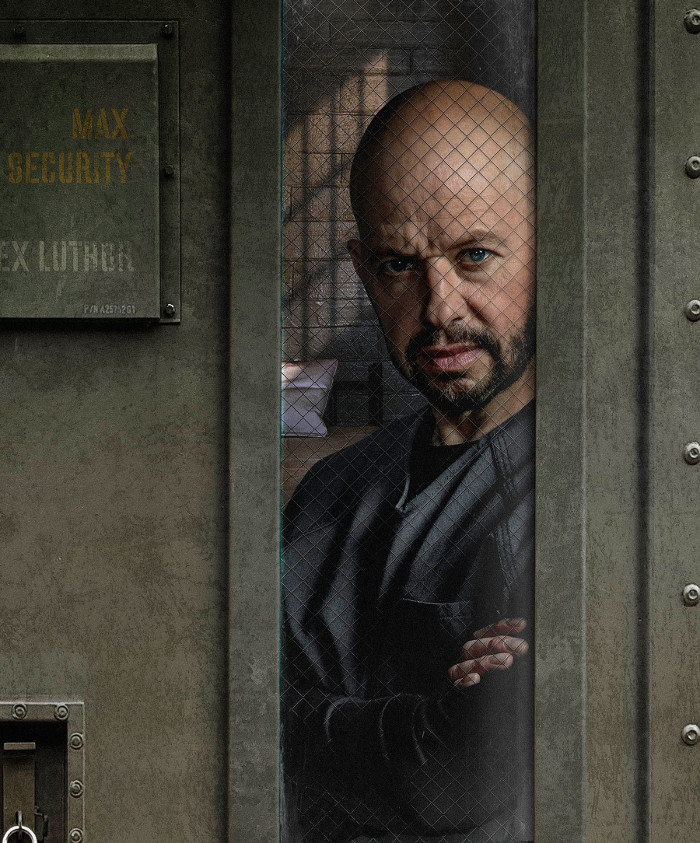