Warner Bros. and HBO Max have announced that a special preview of The Suicide Squad is coming to the streaming service and in theaters on Thursday, August 5, a day before the movie officially opens.

HBO Max sent out an e-mail titled “Special Preview August 5: The Suicide Squad,” where the flick will be shown in theaters and on HBO Max August 5 at 7 pm ET.

“Join Task Force X,” states the e-mail. “They’re the most dangerous villains in the world — and they’re dying to save it. Don’t miss the highly-anticipated blockbuster premiere.”

Warner Bros. and James Gunn also held a special screening for fans this past Thursday, and the movie has a current Rotten Tomoates score of 96% with 90 reviews. Watch a new featurette below. 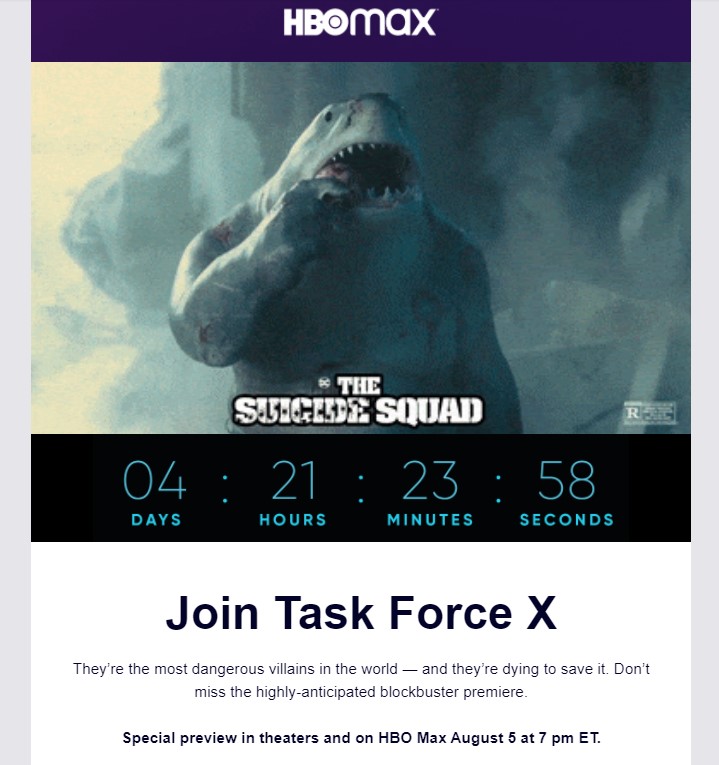 The Suicide Squad gets released Aug. 6