For Stranger Things Day, Netflix released new teasers for the show which is in its fourth season and debuts next Summer.

The “Welcome to California” teaser shows what has become of Eleven (Millie Bobby Brown), Will (Noah Schnapp), Jonathan (Charlie Heaton), and Joyce (Winona Ryder) in the Golden State, as last season saw Ms. Byers move her family and Eleven to California.

Netflix also released a title teaser that features the episode titles with the mention that Stranger Things 4 debuts Summer 2022, a map of Hawkins, and video of the cast.

“In the spring of 1986, the adventure continues. Stranger Things 4 returns Summer 2022,” teases the video description.

Here are the episode titles:

Explore the world of Stranger Things like never before with the first official map of Hawkins, created by artist Kyle Lambert. 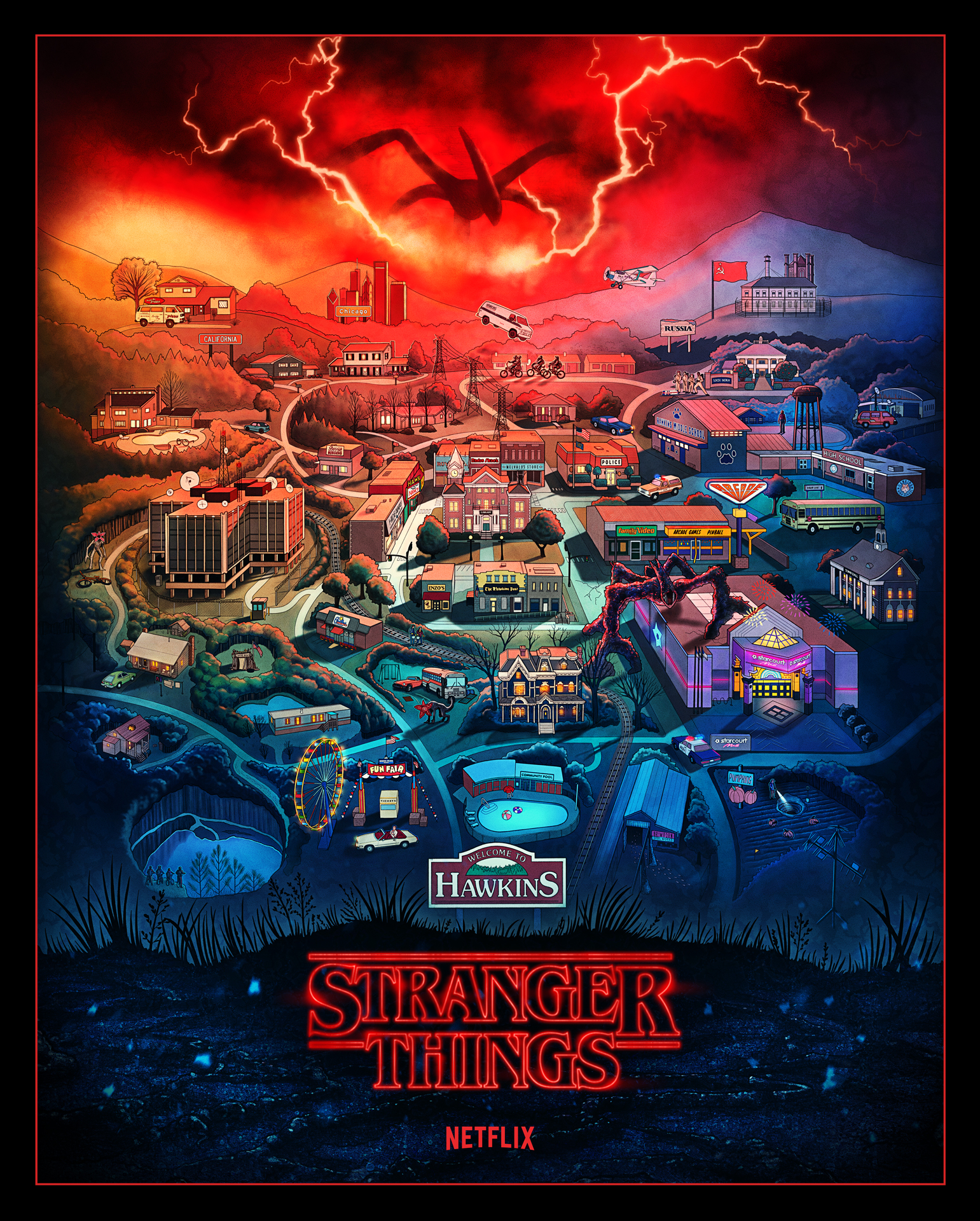 The series is created by The Duffer Brothers, who also serve as executive producers and directors along with Shawn Levy (who also directs), Dan Cohen, and Iain Patterson. Stranger Things is a Netflix production.