Netflix has released the Stranger Things 3 trailer as the series premieres July 4.

“One summer can change everything,” the video description teases.

The series is created by brothers Matt Duffer and Ross Duffer, with Shawn Levy as executive producer.

“So season 3 has a really healthy dose of poppy, bright levity and cultural fun. But I can only promise you that season 3 eventually goes places that are darker, and unquestionably more action-packed, than we’ve ever gone before,” Levy said in a previous interview. “It would be a mistake for anyone to think that season 3 is the summer of fun and lightness because it’s a whole lot more than that.”

Levy also said, “We’re not going to put Will through hell for a third season in a row. He’ll be dealing with stuff, but he won’t be at rock bottom the way we forced the amazing Noah Schnapp to play… We’re [going to be] dealing with forces of evil that are new.” 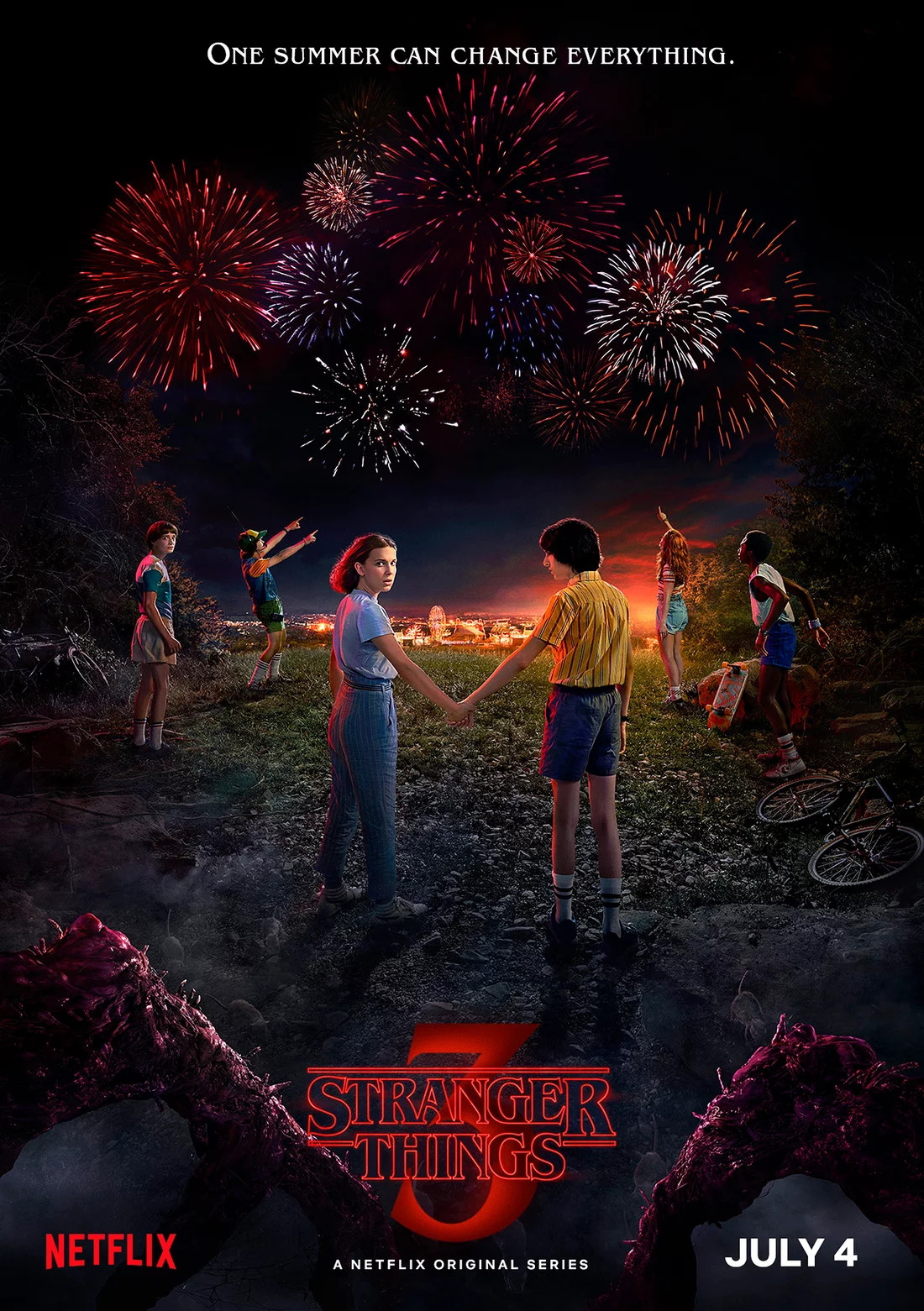