The speculation and rumors surrounding a possible Star Wars: Episode IX title reveal and trailer release may be true as an ABC correspondent confirms something is possibly incoming.

Clayton Sandel, who is a journalist, ABC correspondent, and known huge Star Wars fan, tweeted out a pair of posts about Star Wars.

"Any day with a Star Wars-related conference call in it can’t be half bad, amirite @TheRealRothman @joshascher @gobeckygo @davidmerre11?" Sandel posted.

As fans were quick to pick up on the news, Sandel followed it up with, "Long term planning only. But fun stuff!"

A fan then remarked to tune into Good Morning America on Monday.

Michael Rothman, an entertainment reporter for ABC, followed that up with a tweet of his own, "Huge Noooooo - oh no this escalated quickly!!"

A fan then remarked about "pushing the hype train" which saw Sandel reply, "I blame myself."

Rothman added, "You immediately draw to the dark, you didn’t even hesitate. I saw this raw power once before I wasn’t scared then. I am now."

Update: It is being reported no Star Wars: Episode IX Super Bowl trailer will be released. 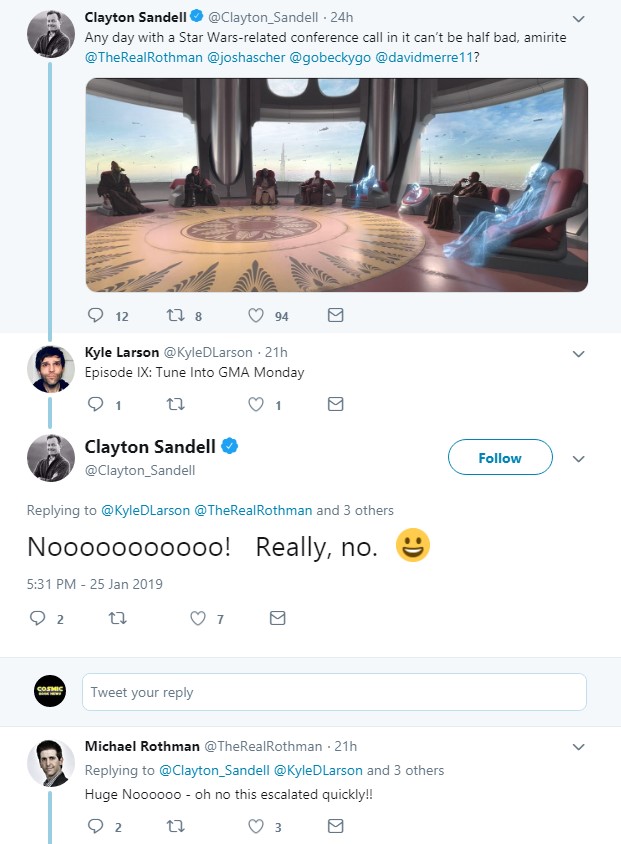 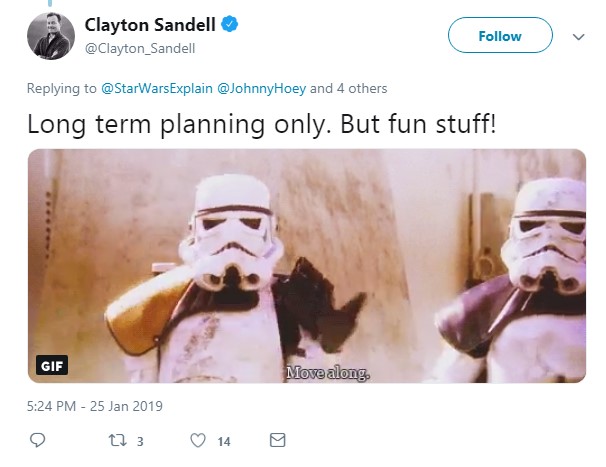