A new promo for the upcoming Star Wars Andor series has been released that shows off new footage.

Since the series debuts on Disney Plus on August 31, it seems as if marketing is going to kick off which should include even more footage.

Watch the promo below as well as the recent trailer.

Andor explores a new perspective from the Star Wars galaxy, focusing on Cassian Andor’s journey to discover the difference he can make. The series brings forward the tale of the burgeoning rebellion against the Empire and how people and planets became involved. It’s an era filled with danger, deception and intrigue where Cassian will embark on the path that is destined to turn him into a rebel hero.

Andor stars Diego Luna as Cassian Andor who returns from Rogue One in a tale set five years prior to the events of the film. Joining Luna is Genevieve O’Reilly, who will return as Mon Mothma (Rogue One, Tin Can), as well as Stellan Skarsgard (Pirates of the Caribbean: At World’s End, Good Will Hunting), Denise Gough (Collett, Angels in America), and Kyle Soller (Anna Karenina, The Titan). The executive producers are Kathleen Kennedy, Sanne Wohlenberg, Diego Luna, and Michelle Rejwan. Tony Gilroy is the creator and showrunner. 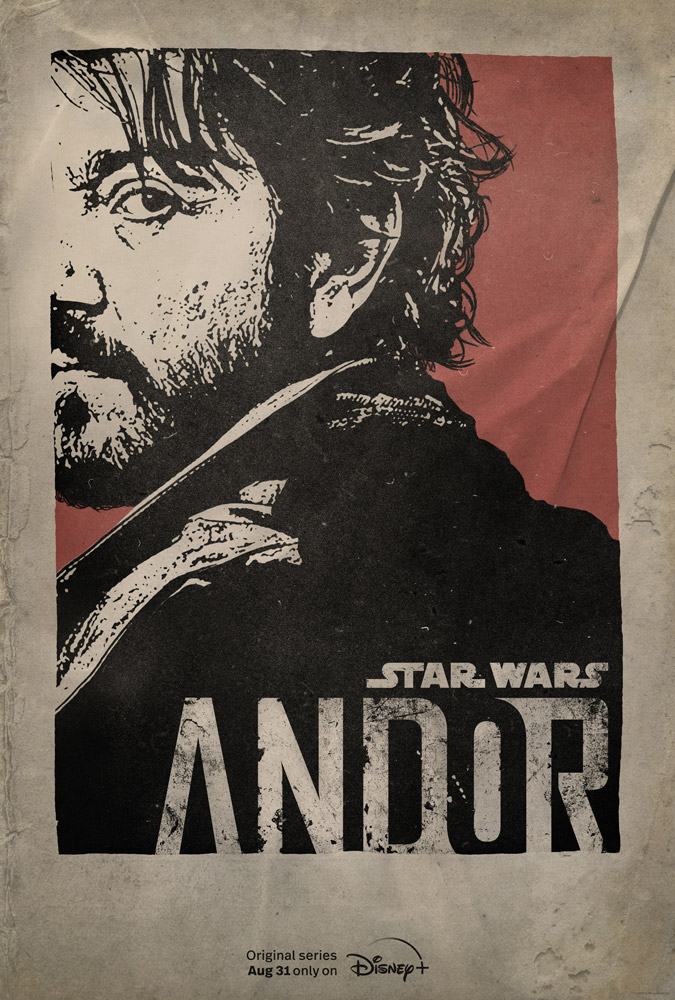