Disney reveals first look at a new character for Star Wars: The Rise of Skywalker with Babu Frik.

The character is described a “tiny droidsmith” who “works among the Spice Runners of Kijimi and can reprogram or modify virtually any droid, regardless of the security measures protecting its systems.”

Droids known to be in the movie include BB-8 and the new “pet” droid D/O, so possibly Babu Frik could be involved with reprogramming one of those or a First Order droid such as BB-9E. 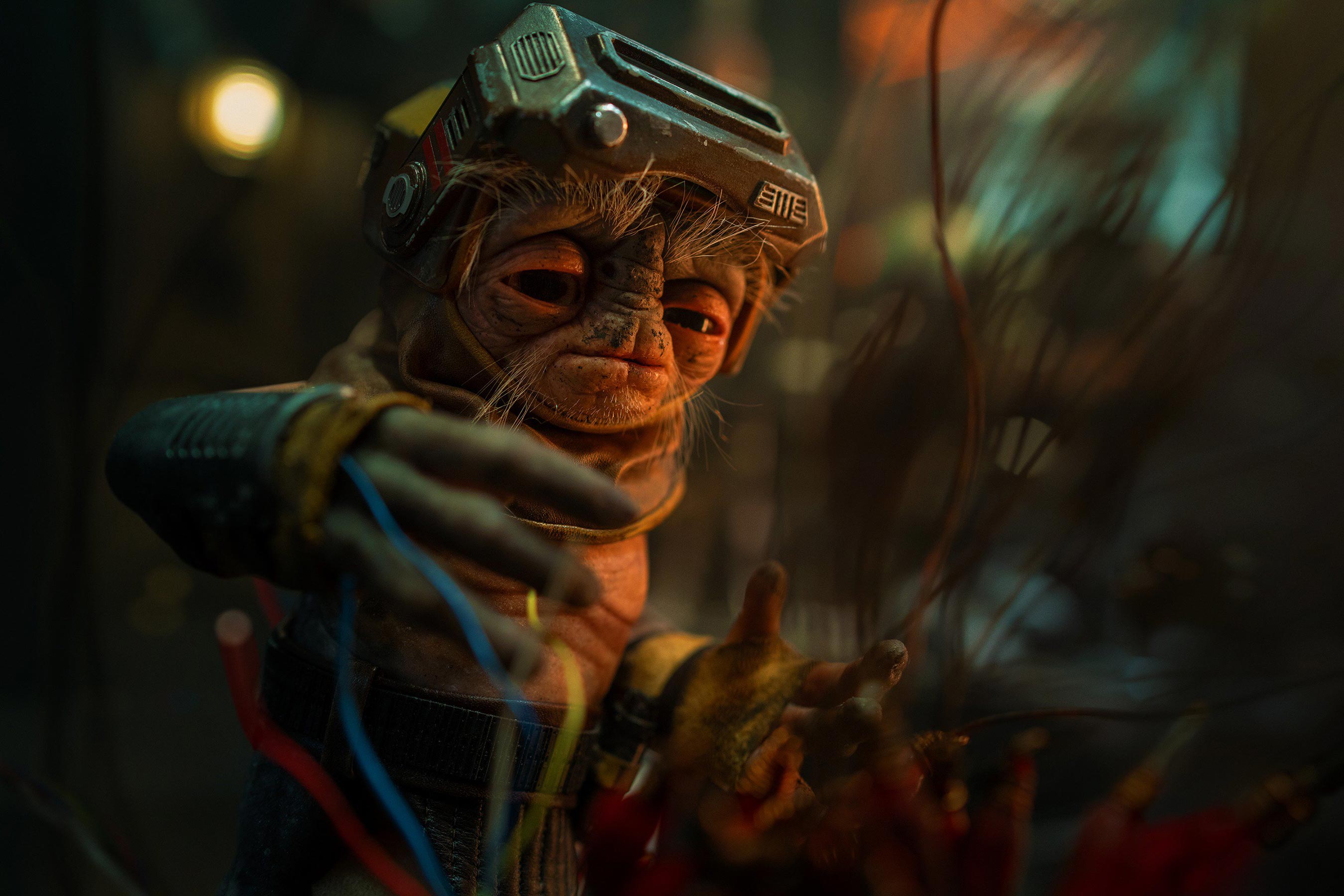