The CBS All Access streaming service offers a first look at its new series The Stand, based on the popular Stephen King novel.

“Based on the best-selling novel by Stephen King, CBS All Access’s The Stand stars Whoopi Goldberg, Alexander Skarsgård, James Marsden, Odessa Young, Jovan Adepo, and many more,” states the video description. “The limited event series will also feature an all-new coda written by Stephen King. Don’t miss the premiere of The Stand on Thursday, Dec. 17, streaming exclusively on CBS All Access.”

The series will air for 9 weeks. 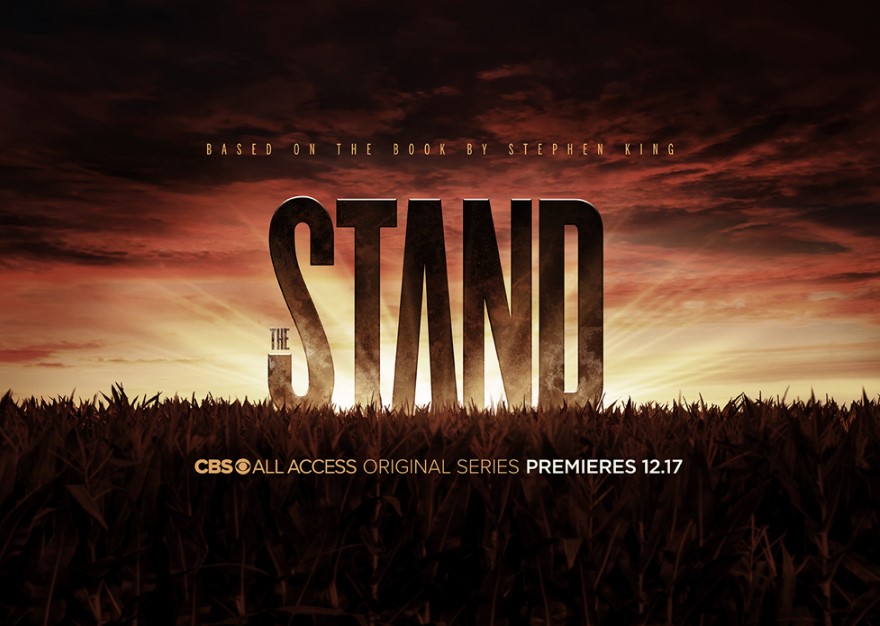 CBS ALL ACCESS’ LIMITED EVENT SERIES “THE STAND” TO PREMIERE ON THURSDAY, DEC. 17

THE STAND is Stephen King’s apocalyptic vision of a world decimated by plague and embroiled in an elemental struggle between good and evil. The fate of mankind rests on the frail shoulders of the 108-year-old Mother Abagail (Whoopi Goldberg) and a handful of survivors. Their worst nightmares are embodied in a man with a lethal smile and unspeakable powers: Randall Flagg (Alexander Skarsgård), the Dark Man.

Based on King’s best-selling novel of the same name, CBS All Access’ THE STAND will close with a new coda written by the famed author himself.

“During the two years we spent making THE STAND, we all felt the responsibility of adapting what may be the most beloved work of one of the world’s most beloved storytellers, but none of us could have imagined that Stephen King’s 40-year-old masterpiece about a global pandemic would come to be so eerily relevant,” said Benjamin Cavell, showrunner and executive producer. “We’re honored to tell this sprawling, epic story, including a new coda that Stephen King has wanted to add for decades. We’re so proud of this show and its attempt to find meaning and hope in the most uncertain of times. We can’t wait to share it with the world.”

THE STAND joins CBS All Access’ growing slate of original series that currently includes THE GOOD FIGHT, THE TWILIGHT ZONE, TOONING OUT THE NEWS, NO ACTIVITY, WHY WOMEN KILL, INTERROGATION, THE THOMAS JOHN EXPERIENCE and TELL ME A STORY, as well as upcoming series THE MAN WHO FELL TO EARTH, THE HARPER HOUSE, GUILTY PARTY and “SpongeBob SquarePants” series KAMP KORAL. CBS All Access is also the exclusive domestic home to STAR TREK: DISCOVERY, STAR TREK: PICARD and the animated series STAR TREK: LOWER DECKS and the U.S.S Enterprise set series STAR TREK: STRANGE NEW WORLDS.