The artist in question regarding the Shang-Chi concept art is listed on LinkedIn as being a graphic artist, so at least that is something.

The Shang-Chi concept art can be found on Imgur featuring Simu Liu in a fight suit.

Shang-Chi and the Legend of the Ten Rings gets released February 12, 2021 starring Simu Liu as the titular character. 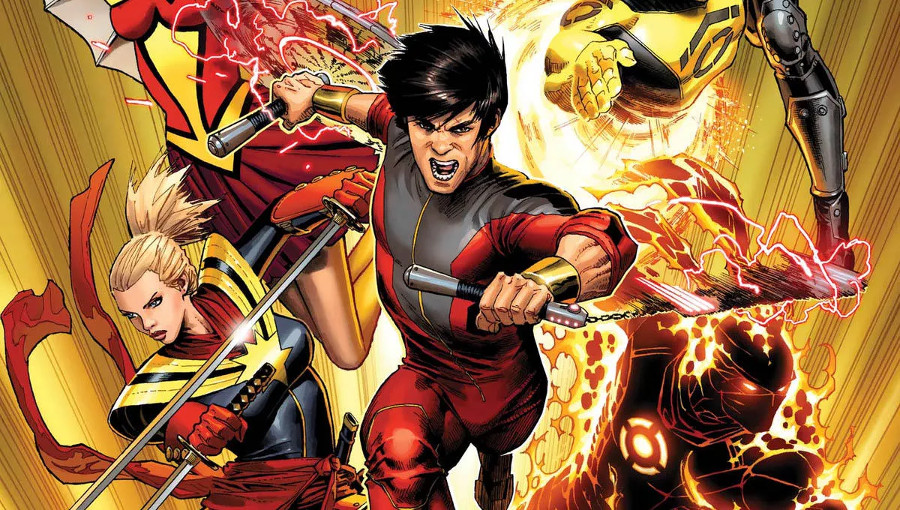 • Shang-Chi is recruited by the MI6 to prevent his father, The Mandarin, from retrieving the legendary Ten Rings in order to conquer the world. Simu Liu and Tony Leung are playing Shang-Chi and The Mandarin.

• Shang-Chi is aided by MI6 agents Clive Reston and Leiko Wu. Sam Claflin is in final talks to play Reston, while Jessica Henwick has recently been approached to play Wu. Pierce Brosnan is in talks for the director of the MI6, Jack Tarr.

• The Mandarin’s enforcers include Shang-Chi’s half-siblings Cursed Lotus and Moving Shadow, deadly assassin M’Nai and mad scientist Lancaster Zhang. Awkwafina is cast as Cursed Lotus, while Joe Taslim has been approached for Moving Shadow. David Gyasy is in advanced talks for M’Nai, and BD Wong is cast as Zhu.

• Constance Wu is in talks for Mei Ling, Shang-Chi’s mother.

• The dragon Fing Fang Foom will appear in the movie.