SYFY releases a new trailer and poster for Deadly Class, which is from the directors of Infinity War and The Avengers 4, Joe and Anthony Russo.

Set in a dark, heightened world against the backdrop of late ‘80s counterculture, Deadly Class follows the story of Marcus (Benjamin Wadsworth), a teen living on the streets who is recruited into Kings Dominion, an elite private academy where the world’s top crime families send their next generations. Maintaining his moral code while surviving a ruthless curriculum, vicious social cliques and his own adolescent uncertainties soon proves to be vital. Based on the best-selling 2014 Image Comics graphic novel by Rick Remender and Wes Craig, Deadly Class is a coming-of-age journey full of ancient mystery and teen angst. 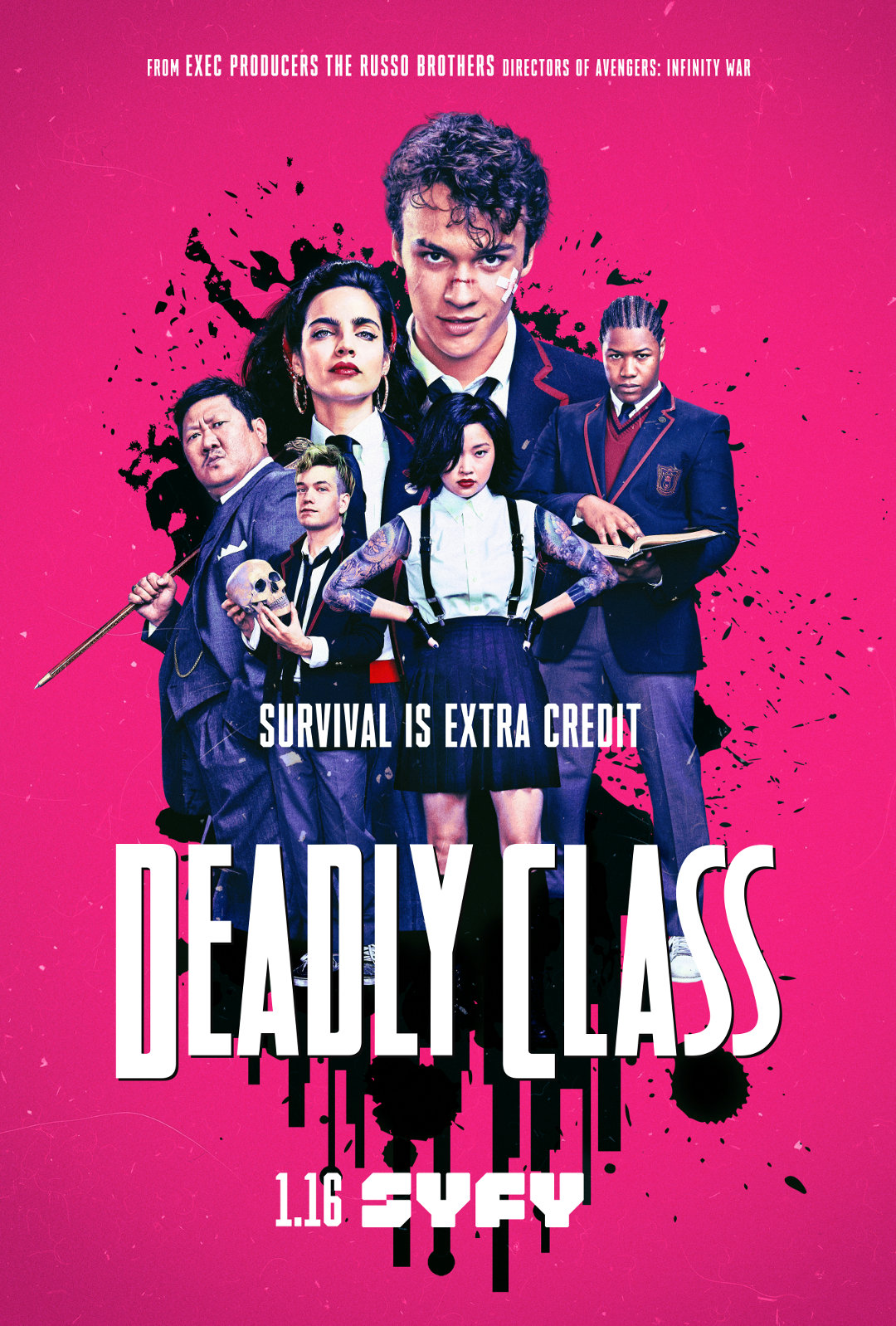