Warner Bros. Home Entertainment announces the release date for the Reign of the Supermen animated movie with details, box art and the trailer.

Reign of the Supermen, an all-new entry in the popular DC Universe Movies series produced by Warner Bros. Animation and DC Entertainment will be available from Warner Bros. Home Entertainment on Digital starting January 15, 2019 and 4K/Blu-ray/DVD on January 29, 2019.

Check out the trailer, art and info below! 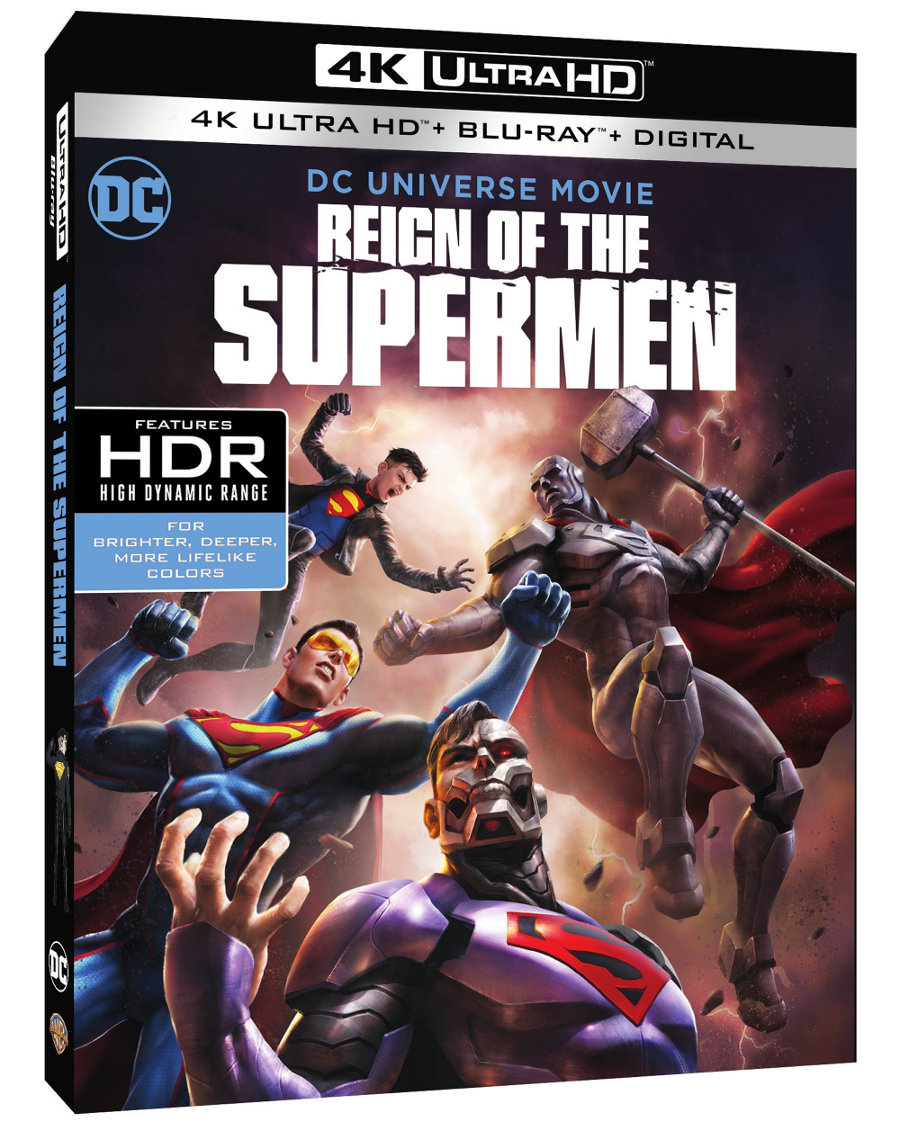 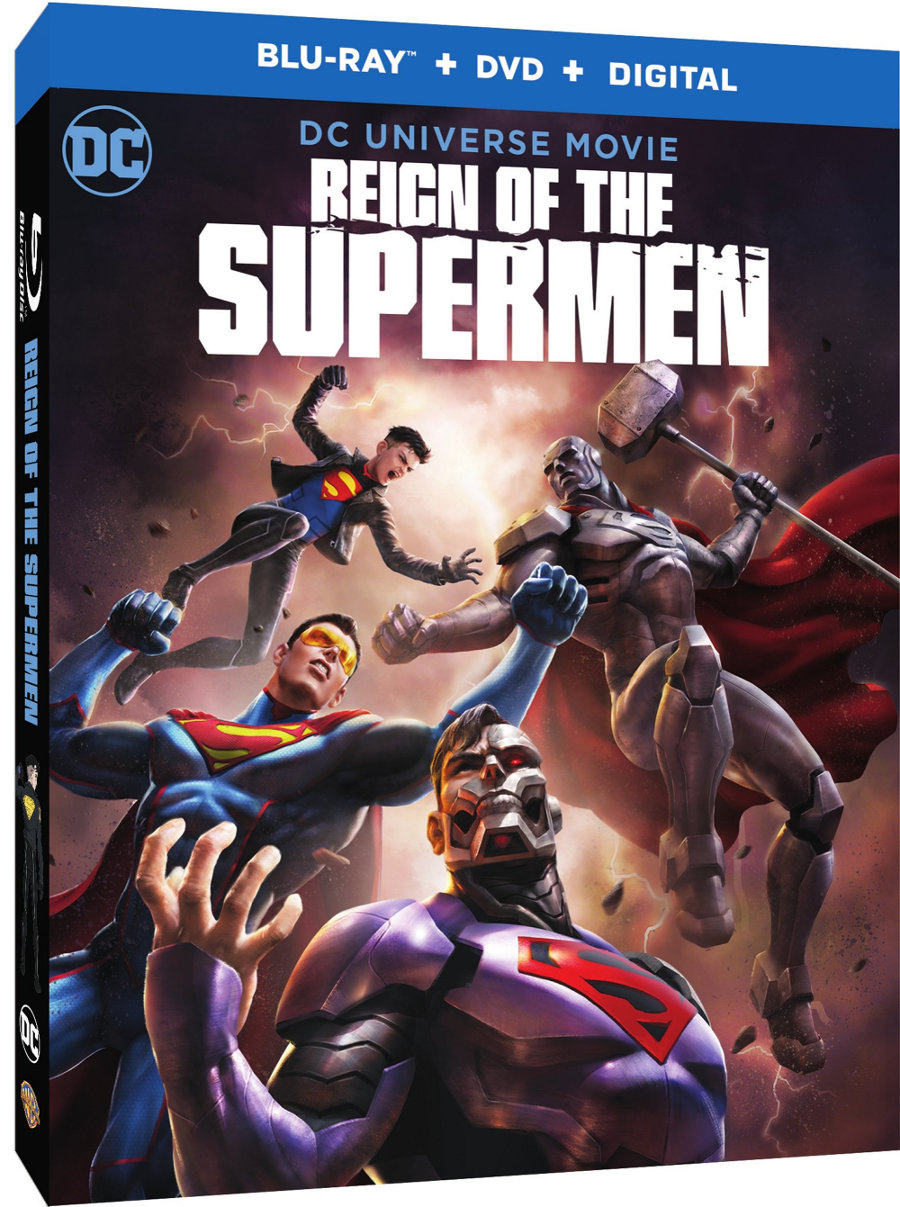 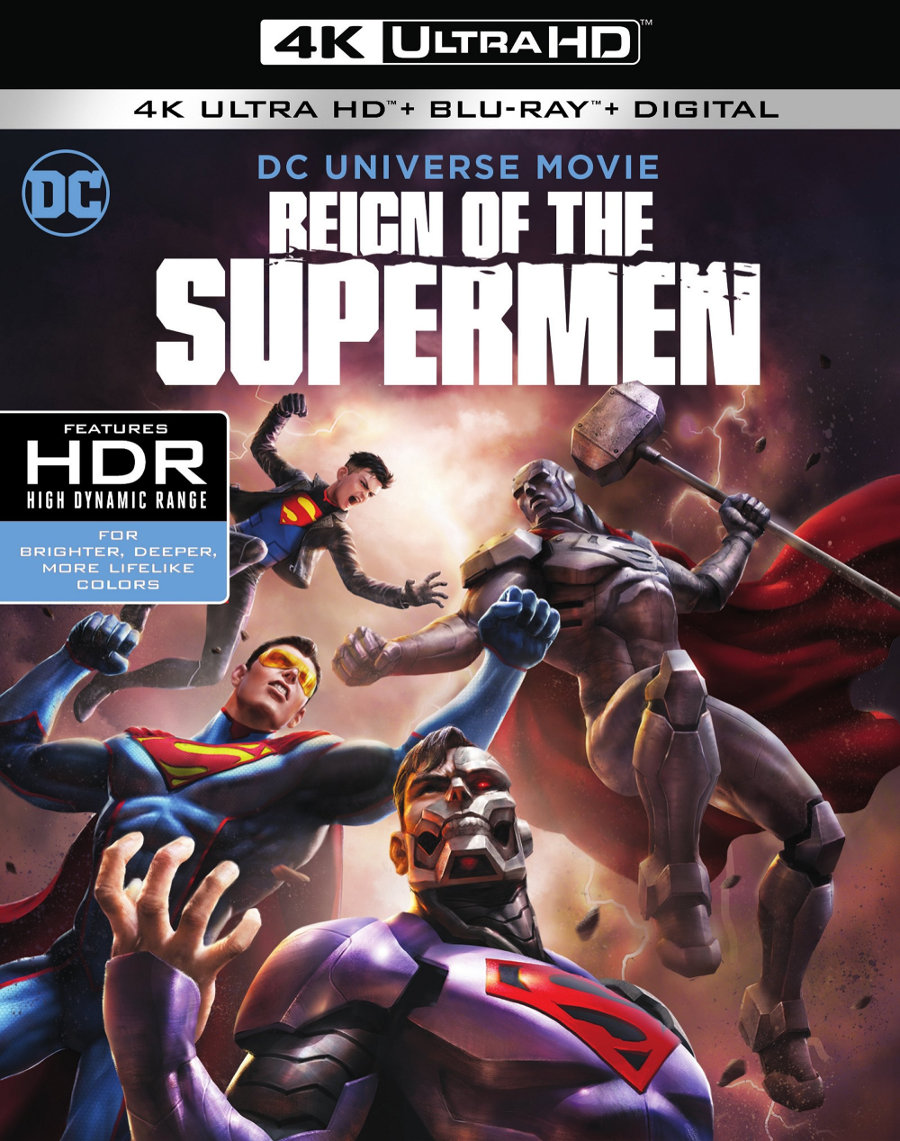 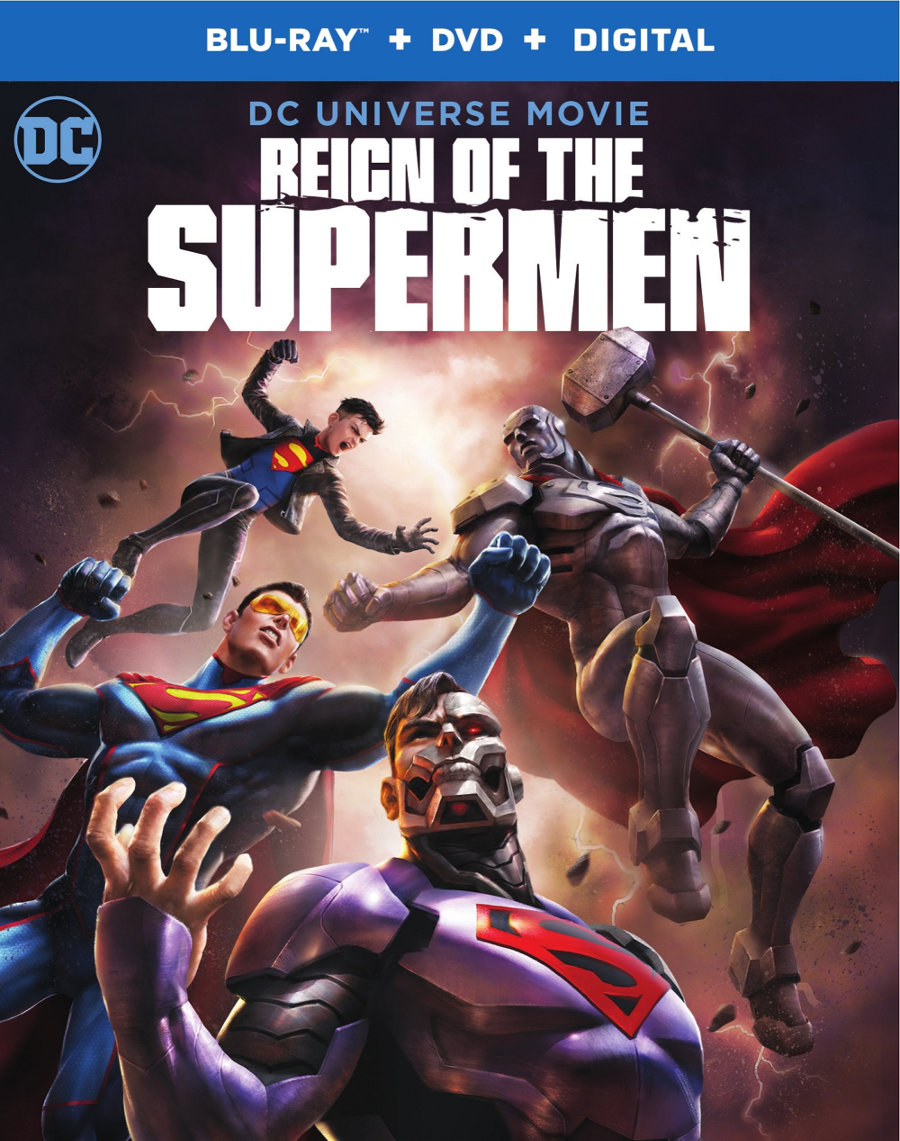 MANY TRY, BUT ONLY ONE CAN CLAIM THE TITLE OF SUPERMAN IN AN ALL-NEW ANIMATED FILM FROMWARNER BROS. HOME ENTERTAINMENT AND DC

BURBANK, CA (October 24, 2018) – The world must cope with the loss of Superman – and the sudden emergence of four would-be heirs to the title – in the all-new, action-packed Reign of the Supermen, part of the popular series of DC Universe Movies. Produced by Warner Bros. Animation and DC, the feature-length animated film arrives from Warner Bros. Home Entertainment on Digital starting January 15, 2019, and on Ultra HD Blu-ray Combo Pack and Blu-ray Combo Pack on January 29, 2019.

“Warner Bros. Home Entertainment is proud to continue the most popular Superman story of all time which began in The Death of Superman,” said Mary Ellen Thomas, Warner Bros. Home Entertainment Vice President, Family & Animation Marketing. “Reign of the Supermen is the thrilling story of how the world reacts to the shocking death of its protector. No true comic fan will want to miss this larger than life story of the heroes and villains who rise to fill the void.”

Lex Luthor: The Greatest Nemesis (Featurette) – Evil Genius. Archenemy of Superman. Misunderstood hero? This documentary will look at one of the most renowned villains in literature and debate his ethics and motivations throughout his publication history and as the calculated anti-hero of Reign of the Supermen. We’ll also explore how Lex Luthor is emblematic of technology without limit, often demonstrating what effect unbridled power, resources, and influence can have on humanity. We’ll discuss the affinity for storytellers to associate Lex Luthor and with the field of science as they challenge our morals and integrity with real world issues such as cloning and what can happen if science fiction became science reality.

From the DC Vault: Superman: The Animated Series, “Heavy Metal”

From the DC Vault: Justice League Unlimited, “Panic in the Sky”

Fans can also own Reign of the Supermen via purchase from digital retailers beginning January 15, 2018.