Netflix has released the trailer for the vampire movie, Night Teeth, which stars Jorge Lendeborg Jr. (Bumblebee, Spider-Man: Homecoming) as Benny whose entire world is turned upside down after picking up two mysterious girls who expose him to a secret world he never knew existed. Benny is suddenly hurled into their cryptic underworld on a mission to save his city from dripping in blood.

The mysterious vampire girls are played by Debby Ryan (Insatiable, Life of The Party) as Blaire and Lucy Fry (Bright, Waldo, Godfather of Harlem) as Zoe.

The flick also stars Raúl Castillo (Army of the Dead, We the Animals), Megan Fox, Sydney Sweeney, Alexander Ludwig, and Alfie Allen who is known for Game of Thrones and John Wick.

Adam Randall is the director (iBoy, I See You).

Netflix also describes the movie as: A young chauffeur picks up two mysterious women for a night of party-hopping across LA. But when his passengers reveal their true nature — and a dangerous underworld lurking in the shadows — he must fight to stay alive. 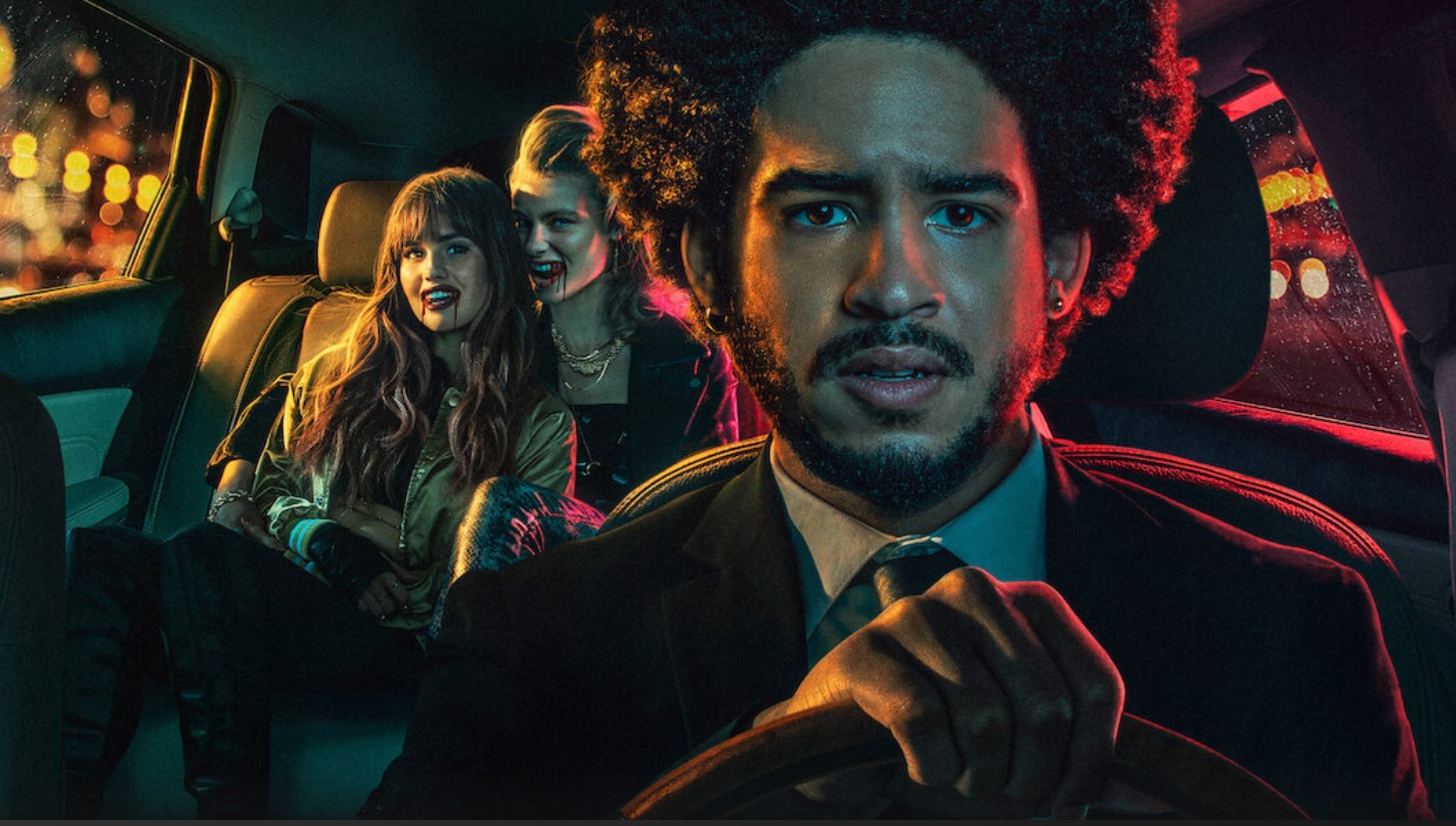