Similar to Pokemon and other trading card games, MetaZoo features monster "cryptids" cards that allow players to battle it out; however, a couple of cool features about the game is it uses real-world monsters and its unique "4th wall effects," which depending on the environment the player is playing in, can change the powers of various cards and things in the game.

For example, the official MetaZoo site states "being next to water means your water-based beasties will be more powerful."

MetaZoo features over 100 cryptids and other paranormal phenomena, artifacts and spells to help support your beasties in battle, and has a fully realized and blooming competitive scene.

"We can't put product out fast enough, and when we do it sells out almost instantly," states MetaZoo. "It's become less of a question of how to get people to love MetaZoo, and more a question of how we meet the demand that people have to fully immerse themselves into our world." 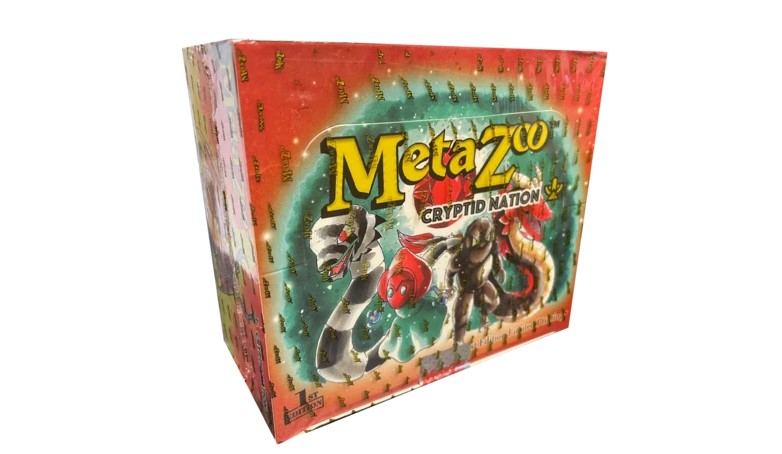 Checking various online retailers reveals that all the cards are sold out and that MetaZoo is currently fetching high prices on eBay due to the low supply and high demand.

The 1st Edition Booster Boxes are selling for $700 or more each.

The Nightfall booster boxes that will be released in October are also selling for upwards of $225 each. 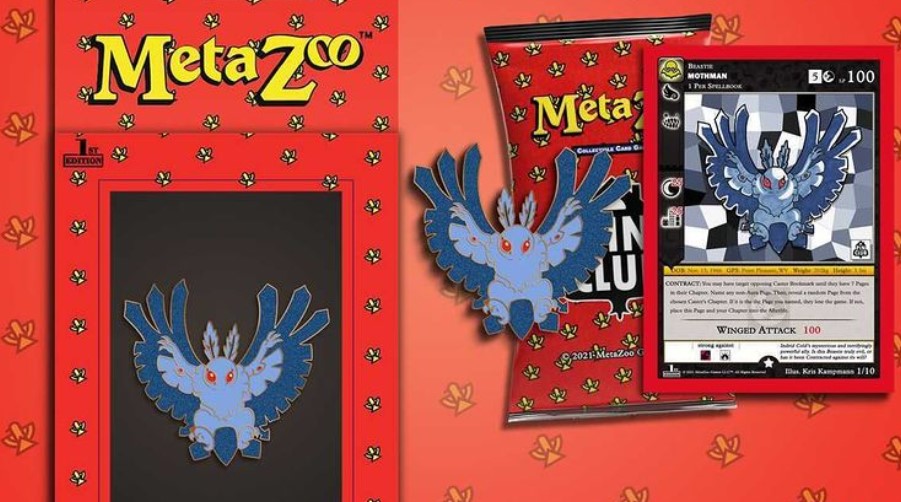 MetaZoo has a built-in fanbase

Alpha Investments, a popular YouTube channel with over 320k subscribers, interviewed MetaZoo creator, Michael Waddell, who offered they will be sticking with the wild art and mechanics of the game.

"Yeah," said Waddell who also talked about promoting the game. "We are reaching out to museums and gift shops and centers of fanbases for a lot of these cryptids that are very, very local to the cities and towns that they are in. So there is like a Mothman Museum. There is a Hodag Musuem. So we are going to be these cryptozoology museums... So imagine a MetaZoo Mothman promo at the Mothman Museum." 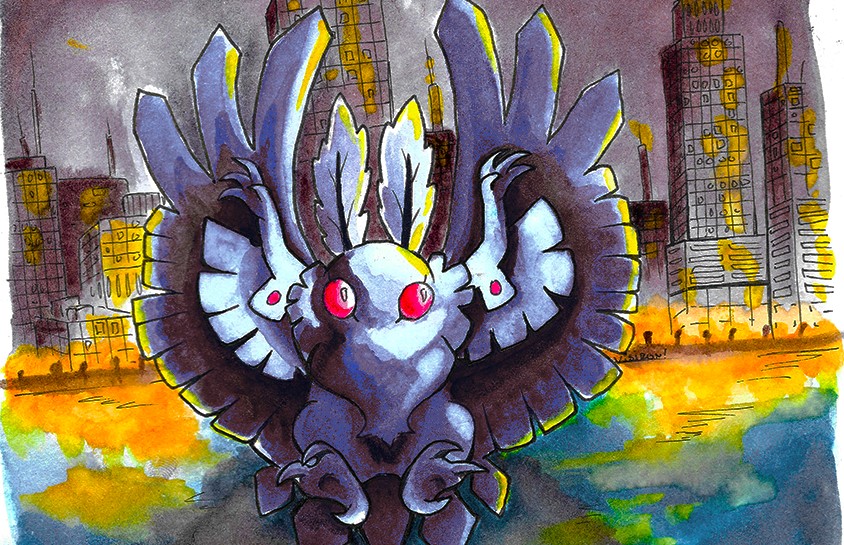 Wadell also went on to explain the rare nature of the cards and cryptids in the game in that certain cryptids will only be released as part of their local region and won't be featured in other cryptids' regions, as that wouldn't make sense, but did give a hypothetical example that if they eventually did a "cryptid world" release, Mothman could eventually appear alongside cryptids from the Yokai set, which is the next MetaZoo set to be released.

"Forget about reprinting cards, you're never going to see cryptids show up again in other blocks," said Wadell who confirmed that when a cryptid like Mothman shows up again it will be with new art and a new style of card. 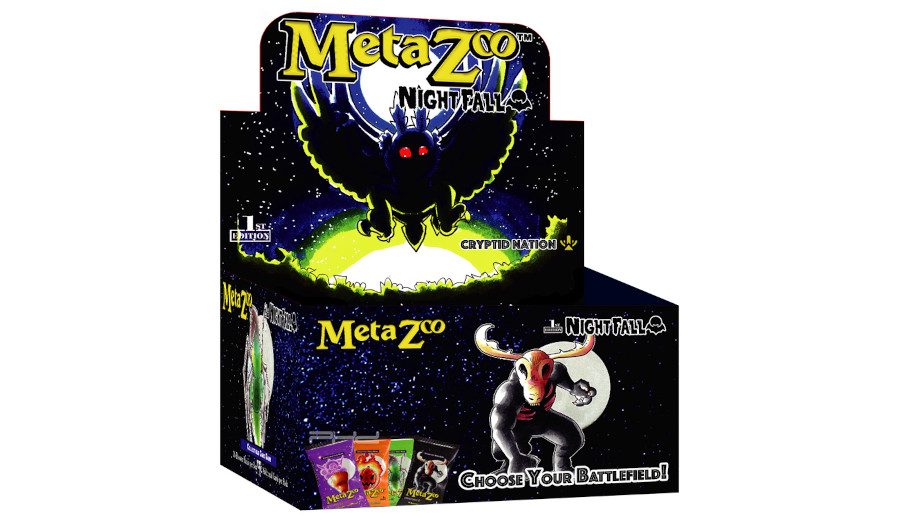 MetaZoo to have larger print runs

Wadell also revealed MetaZoo is going to have something similar to the Pokemon Silver Bible to keep track of the cards.

"We are going to come up with, Pokemon had what is called the Silver Bible, we are going to have something very similar," said Wadell.

Regarding a second edition, Wadell revealed it will have a larger print run, so that should help keep prices down for players.

"Absolutely," said Wadell, who also said players can play the game through Tabletop Simulator if they are finding it hard to presently find the cards. 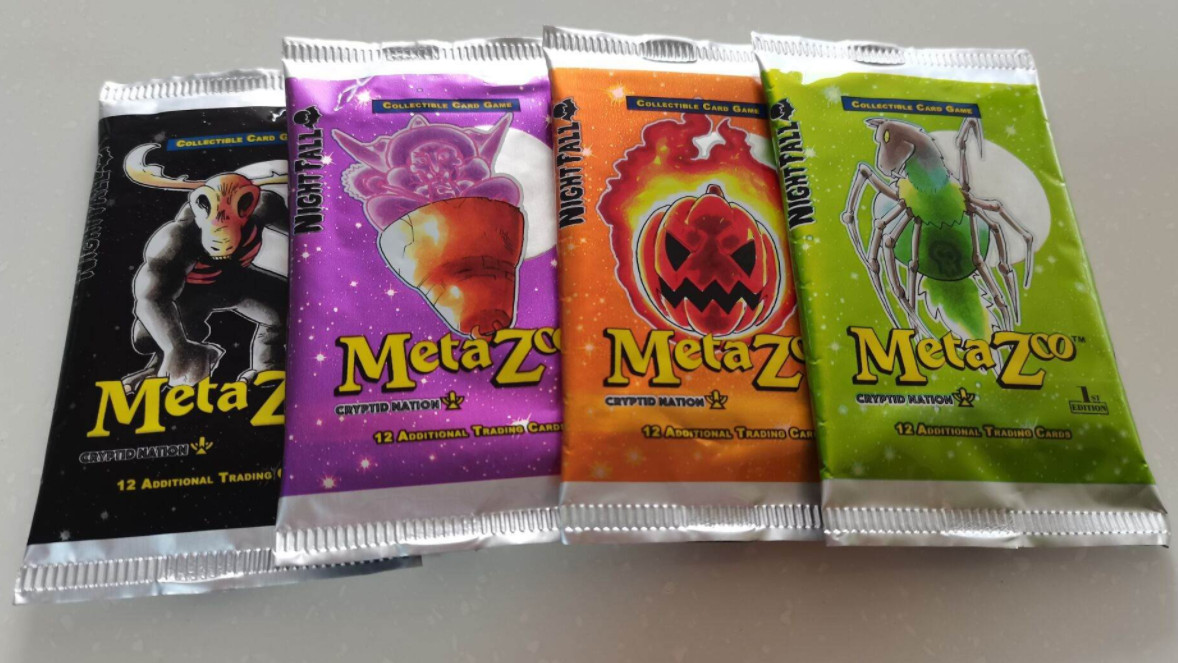 MetaZoo will be relevant for years to come

Wadell also explained what will keep MetaZoo relevant in years to come.

"I think the fact that we have cryptids, which have built-in fanbases of tens of millions of people ore more," he said. "I think that is our competitive advantage, and sure they are public domain, and people can replicate it, but they're not going to be MetaZoo."

Wadell also teased that coming in 2022 is serious competitive playing that will feature "studio environments" that incorporate MetaZoo's unique 4th wall effects which should excite fans.

"Imagine this, imagine it's not revealed until you get there and you have a certain format where you have to build the decks on the fly... Call it like a blitz style," Wadell teased.

Wadell also said there are plans in place for additional MetaZoo merchandise, that he would like to do crossovers with other IPs and appear and comic conventions, and answered: "all of the above" to wanting movies, TV shows, and cartoons.