Krypton, one of my favorite shows from last year returns in June, with SYFY teasing Lobo, Doomsday, Brainiac, Zod and Seg-El, the grandfather to Superman, in a series of motion posters.

The Seg-El poster teases, “The Good,” the Zod poster, “The Bad,” Brainiac “The Badder,” with Doomsday as “The Baddest,” and Lobo as “The Bastich!”

“Watch your backs, heroes. The villains have arrived,” posted the Krypton social networks.

The show’s star, Cameron Cuffe, who plays Seg-El, responded on Twitter, “I’ve got this… maybe…probably not. It’s a bad day to be a hero.”

A Brainiac poster has also been released: “Watch out. Brainiac’s eyeing you for his collection.”

I’ve got this… maybe…probably not. It’s a bad day to be a hero #Krypton https://t.co/b3Z1nwKC3M 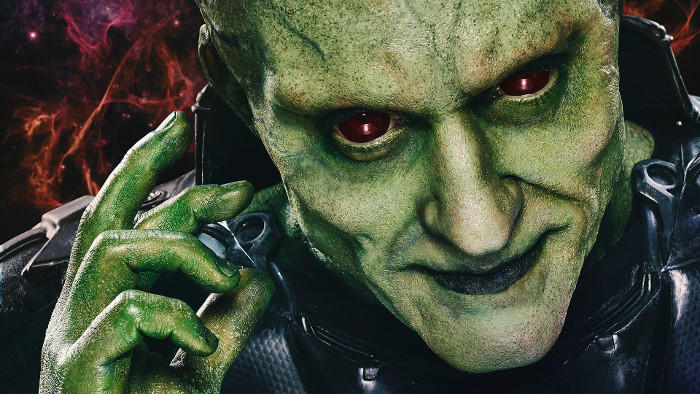 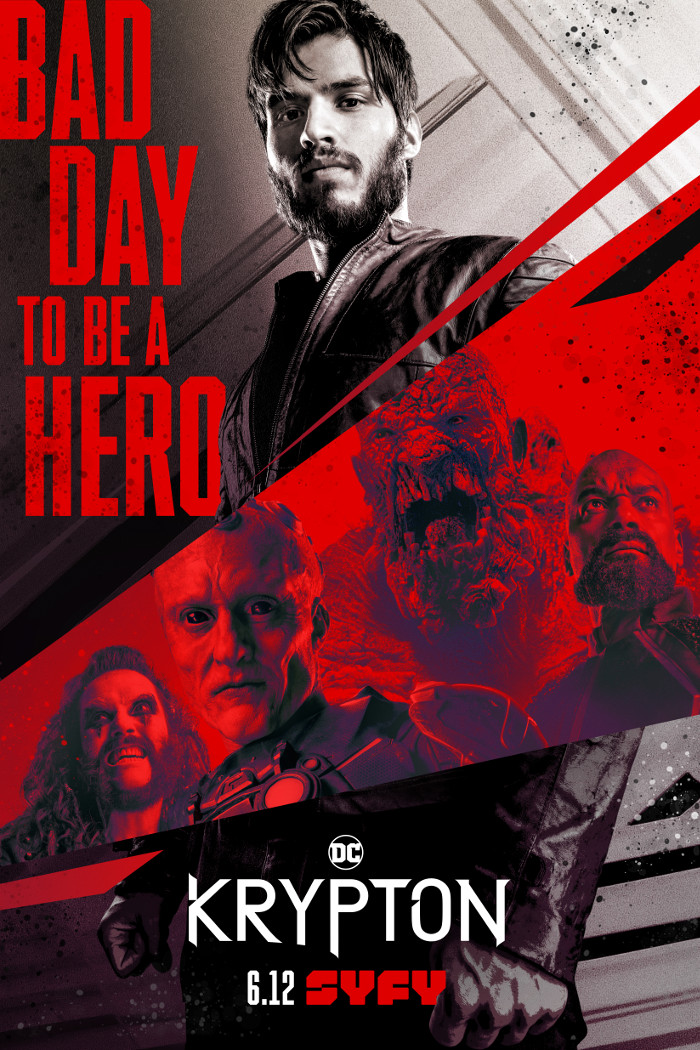 What if Superman never existed? Set two generations before the destruction of Superman’s home planet, KRYPTON follows Seg-El (Cameron Cuffe), the legendary Man of Steel’s grandfather, as a young man who fights to save his home planet from destruction. Season 2 brings us back to a changed Kandor, locked in a battle over its freedom and its future. General Dru-Zod (Colin Salmon) is now in control. He’s on a ruthless mission to rebuild Krypton according to his ideals and to secure its future by conquering the universe. Faced with a bleak outlook, our hero, Seg-El, attempts to unite a dispersed group of resisters in an effort to defeat Zod and restore hope to their beloved planet. Their chance at redemption is threatened however, by their opposing tactics, shifting alliances and conflicting moral boundaries – forcing each of them to individually determine how far they’re willing to go in pursuit of a better tomorrow.

KRYPTON is from Warner Horizon Scripted Television and is executive produced by David S. Goyer (Man of Steel, Batman v Superman: Dawn of Justice, The Dark Knight Trilogy) through his Phantom Four banner, alongside Cameron Welsh (Constantine, The Last Ship), who serves as showrunner. Based on the DC characters created by Jerry Siegel and Joe Shuster.