The series is being produced by Mattel Television with Adam Bonnett (Descendants), Christopher Keenan (Justice League, Batman Beyond) and Rob David (He-Man and the Masters of the Universe) as executive producers.

HAPPY VALENTINES DAY from the palace of Eternia! We have cast some true masters of their craft for our @masters cartoon that’s coming to @netflix, including 2 Batmans, a Buffy, and a Joker! @jtk2001a from @mattel and @animateted gifted #mastersoftheuniverse with a gifted voice cast, which includes @christophrwood, @sarahmgellar, @hamillhimself, @iamlenaheadey, @tiffany_smith, @baderdiedrich, @justinlong @aliciasilverstone, @liamcunningham1, @grifflightning, @henryandheidi, and @jaymewes as Stinkor! We’ve recorded lots of episodes and the cast sounds brilliant together! I am Eternia-Ly grateful to Rob, Teddy and @likearadio for pulling out all the stops on the road to Revelations! The world of #motu is incredibly rich with fantastic characters, and this cast (including original #skeletor #alanopenheimer as #mossman) is an indication of how seriously we treat this return to #castlegrayskull! I can’t wait for you to hear and see our show! Click the link in my bio for the full cast and details! #KevinSmith #mastersoftheuniverse #mastersoftheuniverserevelation

The Masters of the Universe: Revelation cast includes: 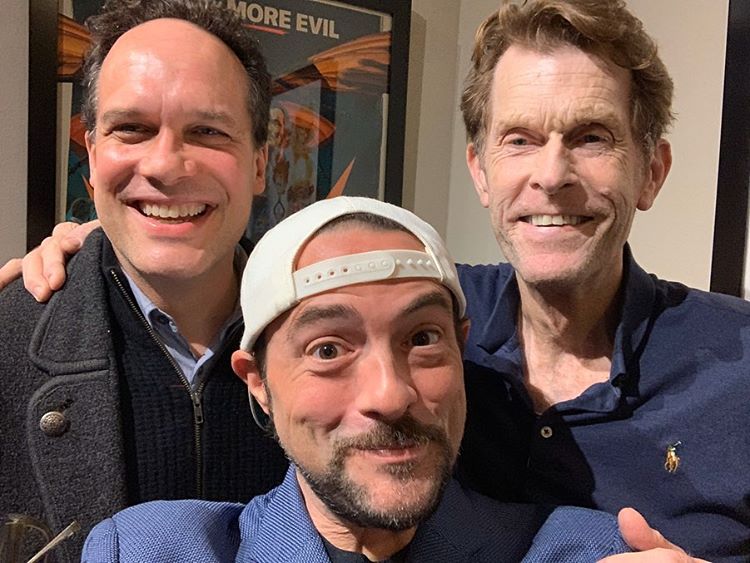 Animation for the series is being done by Powerhouse Animation (Castlevania).

“I cannot believe the lineup of talent I get to play with! The incredible, star-studded cast that Mattel’s Rob David and Netflix’s Ted Biaselli assembled for our Masters of the Universe series will let any lifelong He-Man fan know we’re treating this cartoon seriously and honoring the legendary world of Eternia with A-list talent! Chris, Sarah, Mark, Lena and the other amazing actors and actresses have given performances so powerful and real in a show that features a talking giant green tiger! With these fantastic performers behind our characters, it’ll be crazy easy to immerse yourself in the swords and sorcery of our epic sci-fi soap opera!” – Kevin Smith