Warner Bros. Home Entertainment announces the release date and information for the upcoming Justice League vs. The Fatal Five animated movie, an all-new entry in the popular DC Universe Movies series. Produced by Warner Bros. Animation and DC Entertainment, the film will be available on Digital starting March 30, 2019 and 4K Ultra HD & Blu-ray on April 16, 2019.

Check out the trailer above with the art and images below:

EVIL ARRIVES FROM THE FUTURE TO WREAK HAVOC ON PRESENT-DAY EARTH AS WARNER BROS. HOME ENTERTAINMENT AND DC PRESENT

JUSTICE LEAGUE VS. THE FATAL FIVE

BURBANK, CA (February 6, 2019) – The fate of the planet rests on the shoulders of a reluctant Green Lantern and an unstable hero from the future in Justice League vs. The Fatal Five, the next entry in the popular series of DC Universe Movies. Produced by Warner Bros. Animation and DC, the feature-length animated film arrives from Warner Bros. Home Entertainment on Digital starting March 30, 2019, and on 4K Ultra HD Combo Pack and Blu-ray Combo Pack on April 16, 2019.

Justice League vs. The Fatal Five finds the Earth’s future hanging in the balance when the Justice League faces a powerful new threat – the Fatal Five. Superman, Batman and Wonder Woman seek answers as the time-traveling trio of Mano, Persuader and Tharok terrorize Metropolis in search of budding Green Lantern, Jessica Cruz – whom they need to free remaining Fatal Five members Emerald Empress and Validus in order to carry out their sinister plan. But the Justice League discover an ally from another time in the peculiar Star Boy – brimming with volatile power, could he be the key to thwarting the Fatal Five? An epic battle against ultimate evil awaits!

Producer Sam Liu (Reign of the Supermen, Gotham by Gaslight) also directs Justice League vs. The Fatal Five from a script by Eric Carrasco (Supergirl, Justice League Action) and Jim Krieg (Batman: Gotham by Gaslight) & Alan Burnett (Suicide Squad: Hell To Pay). The film is based on a story by Carrasco. Burnett and Krieg are also co-producers. Amy McKenna (The Death of Superman) is producer. Co-Executive Producers are Benjamin Melniker and Michael Uslan. Executive Producers are Sam Register and Bruce Timm (Justice League/Justice League Unlimited, Batman: The Animated Series).

“Justice League vs. The Fatal Five is an important addition to the DC Universe Movies, spotlighting two unlikely young heroes with real-world issues facing off against a daunting quintet of futuristic villains,” said Mary Ellen Thomas, Warner Bros. Home Entertainment Vice President, Family & Animation Marketing. “We’re also are proud to have Kevin Conroy, Susan Eisenberg and George Newbern reprising their seminal roles as DC’s Trinity in the Justice League & Justice League Unlimited animated series, and believe the fans will be equally pleased with their return to these characters.”

Battling the Invisible Menace (Featurette)– This featurette will explore the nuanced hero as many characters must deal with the everyday feelings of anxiety, depression, and other incapacitating emotions that we all must battle and overcome.

Justice League vs. Fatal Five: Unity of Hero (Featurette) – A look at how the pantheon of DC heroes has never been more diverse and inclusive, as writers and artists break boundaries and smash stereotypes.

Sneak Peek Revisited: A Preview of Justice League Dark – John Constantine leads a group of misfit characters that use magic to vanquish their opponents. This is the dark version of The Justice League taking on the malevolent forces that go beyond our plane of existence.

Sneak Peek Revisited: A Preview of Justice League vs. Teen Titans – A glimpse into the characters known as the Teen Titans.

From the DC Vault: Justice League Unlimited, “Far From Home”

From the DC Vault: Legion of Superheroes, “Man of Tomorrow”

Justice League vs. The Fatal Five will also be available on Movies Anywhere. Using the free Movies Anywhere app and website, consumers can access all their eligible movies by connecting their Movies Anywhere account with their participating digital retailer accounts.

Fans can also own Justice League vs. The Fatal Five via purchase from digital retailers beginning March 30, 2019. 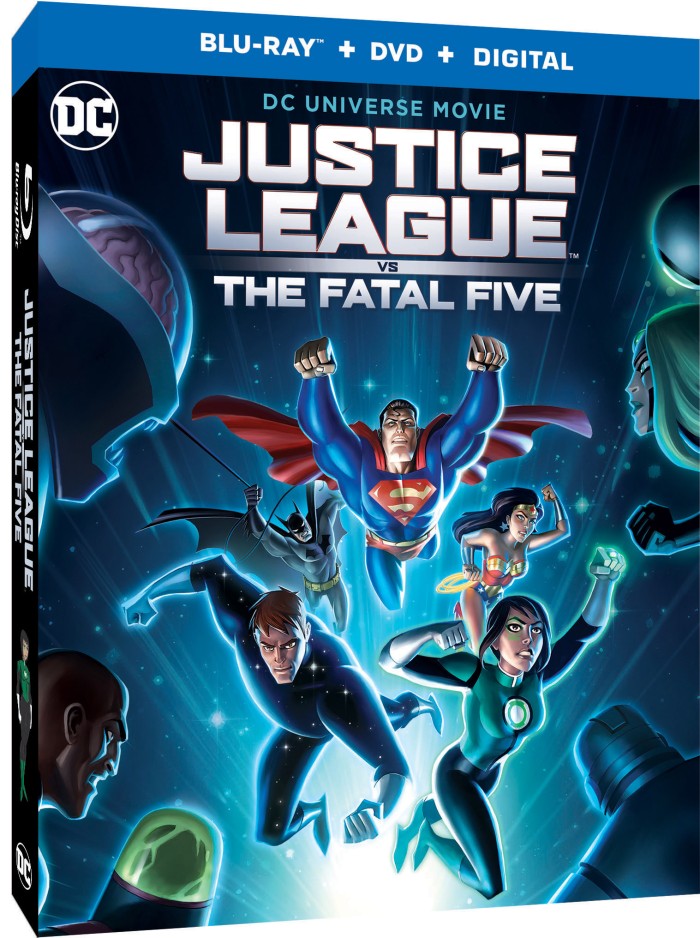 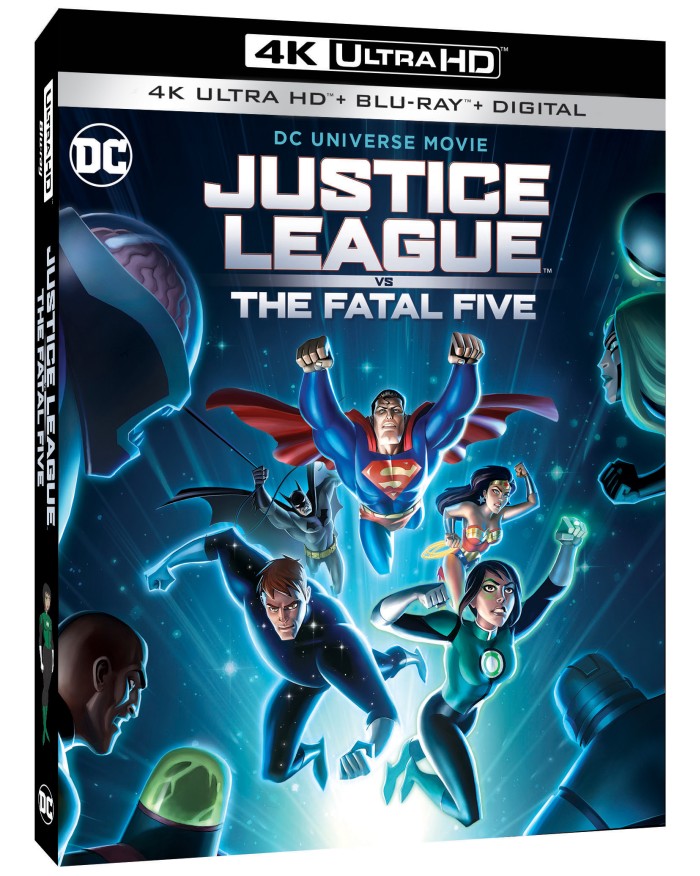 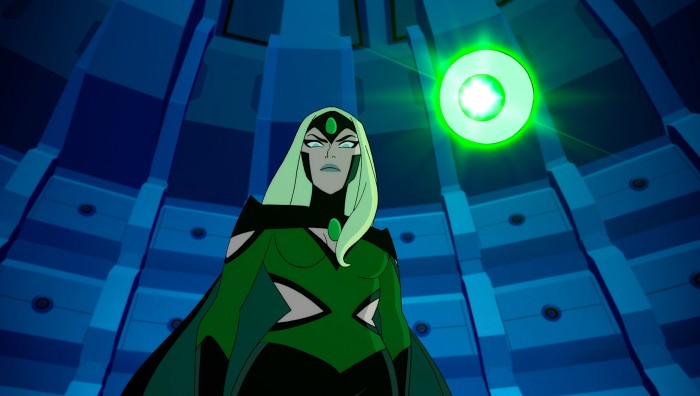 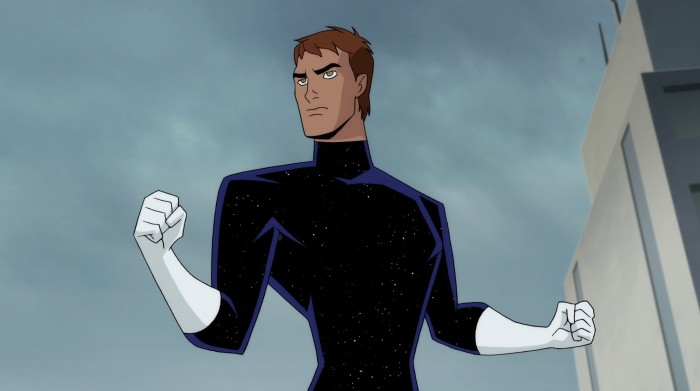 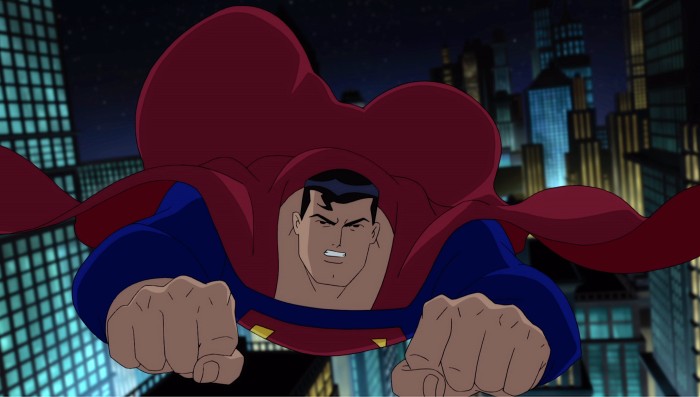