Joker and Harley Quinn Call It Quits In 'Birds of Prey'

As if the title wasn't enough to go on, now it's official, as Harley Quinn and the Joker have called it quits for Birds of Prey.

A new set image surfaces of Margot Robbie as Harley Quinn where her tattoo on the right side of her leg has the Joker's name crossed out, yet in the first Suicide Squad movie it wasn't.

The tattoo states "Harley + Puddin" in Suicide Squad (see below), but for Birds of Prey, the "Puddin" is crossed out. Harley has other writing on her legs which look to reference the Joker which is illegible in the photo below.

The official title for the movie is "Fantabulous Emancipation of One Harley Quinn" with emancipation obviously being a reference to her departure from the Joker. I wrote about it here how I think Jared Leto is done as the Joker, and that Harley Quinn is done with the Joker as well, due in part to the #metoo movement.

Margot Robbie as Harley Quinn on the “Birds of Prey ( and the Fantabulous Emancipation of One Harley Quinn)” set in Los Angeles on February 1, 2019. ✨ pic.twitter.com/3R7nH9W9GC 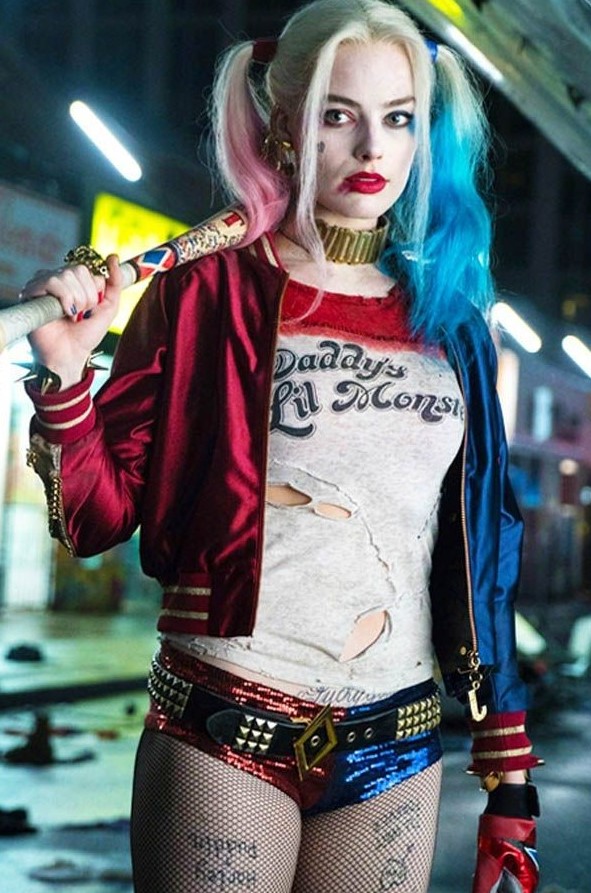