John Cena posts an image of none other than X-O Manowar on Instagram seemingly teasing involvement with the Valiant Comics' barbarian turned cosmic superhero.

The WWE wrestler actor didn't post anything along with the image, and Cena's Instagram account is known to post off-the-wall stuff, so it remains to be seen if this is an actual tease for X-O Manowar.

It should be said that the Vin Diesel Bloodshot movie was just released, and it has been said some kind of Valiant Comics/Entertainment shared movie universe is being created, so perhaps John Cena is really doing an X-O Manowar movie, which I wouldn't complain at all about at all.

It's been quite a while since I read any of the X-O Manowar comics, and at one time I had the entire original run from the '90s, but I suppose if I had to describe the character for the uninitiated, it would be something comparable to Conan the Barbarian meets Green Lantern.

Long story short, X-O Manowar is the Visigoth barbarian Aric of Dacia who lives in the fifth century and is abducted and captured by the alien race known as Spider-Aliens (The Vine in the latest reboot).

Aric is held captive for years as a slave in space, but while aboard a Spider-Alien ship, he leads a revolt where Aric discovers a sentient armor/weapon known as the Shanhara which he bonds with and he becomes X-O Manowar.

As a result of the revolt, the inexperienced Aric ends up escaping to Earth, but Aric learns 1600 years have passed, meaning Eric is now in the present day.

I haven't yet seen Bloodshot, but I suppose if they are going to do an X-O Manowar movie, I hope it has a bit of a bigger budget. Bloodshot only had a budget of around $45 million and basically tanked at the box office (coronavirus didn't help), so it would be nice if X-O Manowar had a budget of around at least $100 million, similar to Shazam! and Venom (similar special effects budget, probably).

If they are trying to build a Valiant shared universe (Harbinger is rumored to be happening) I think they need to create one really good movie and then go from there. Again, I have yet to see Bloodshot, but it didn't really seem like a "must see" movie (then again, I was never a big fan of the character).

Here is the description for the '90 to '96 run of X-O Manowar and a preview of the very first issue:

Aric, a fifth century Visigoth barbarian, is captured by aliens and enslaved aboard their starship. A fellow prisoner carves a map into his hand that leads to the aliens' ultimate weapon-- the X-O Manowar armor. Aric fights his way to the sentient armor and escapes back to Earth with it only to find that 1600 years have passed. He is now the most primitive man on the planet, yet he wields the most technologically advanced weapon in existence! As the aliens begin their invasion of Earth, Aric struggles to adapt to his new home-- the modern world-- and prepare for the battle where he can finally seek vengeance against his inhuman captors! 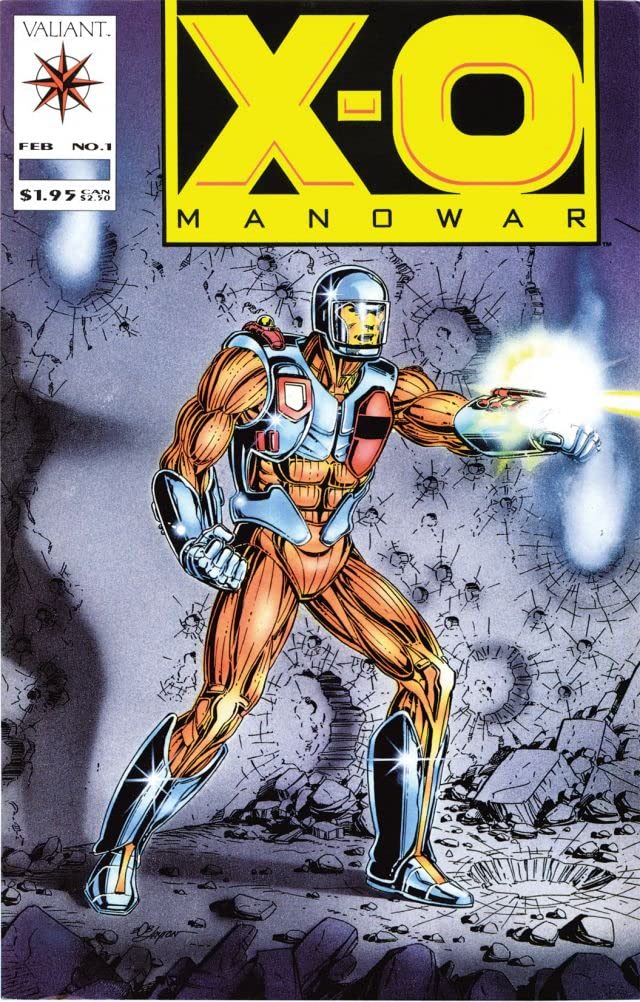 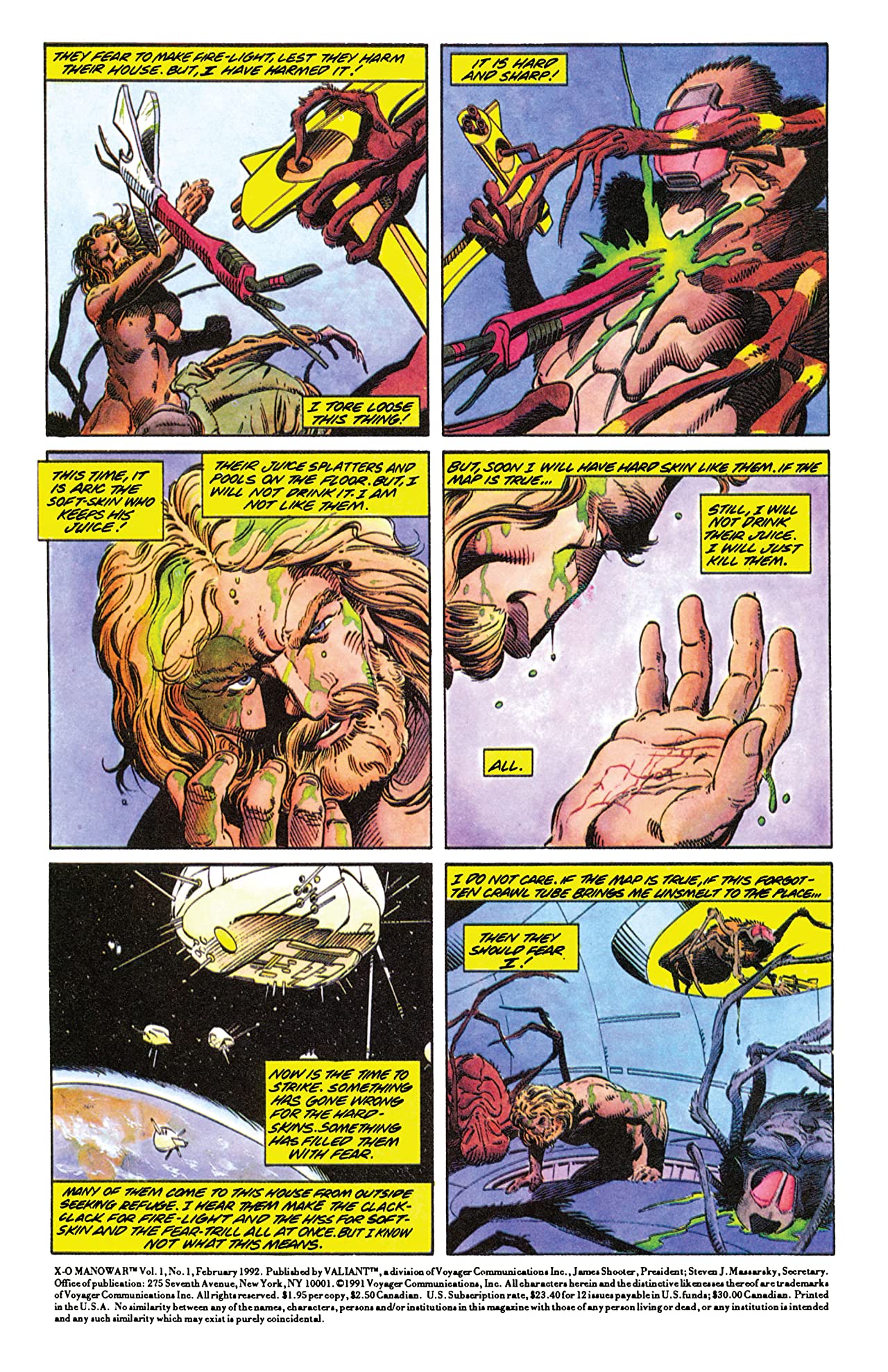 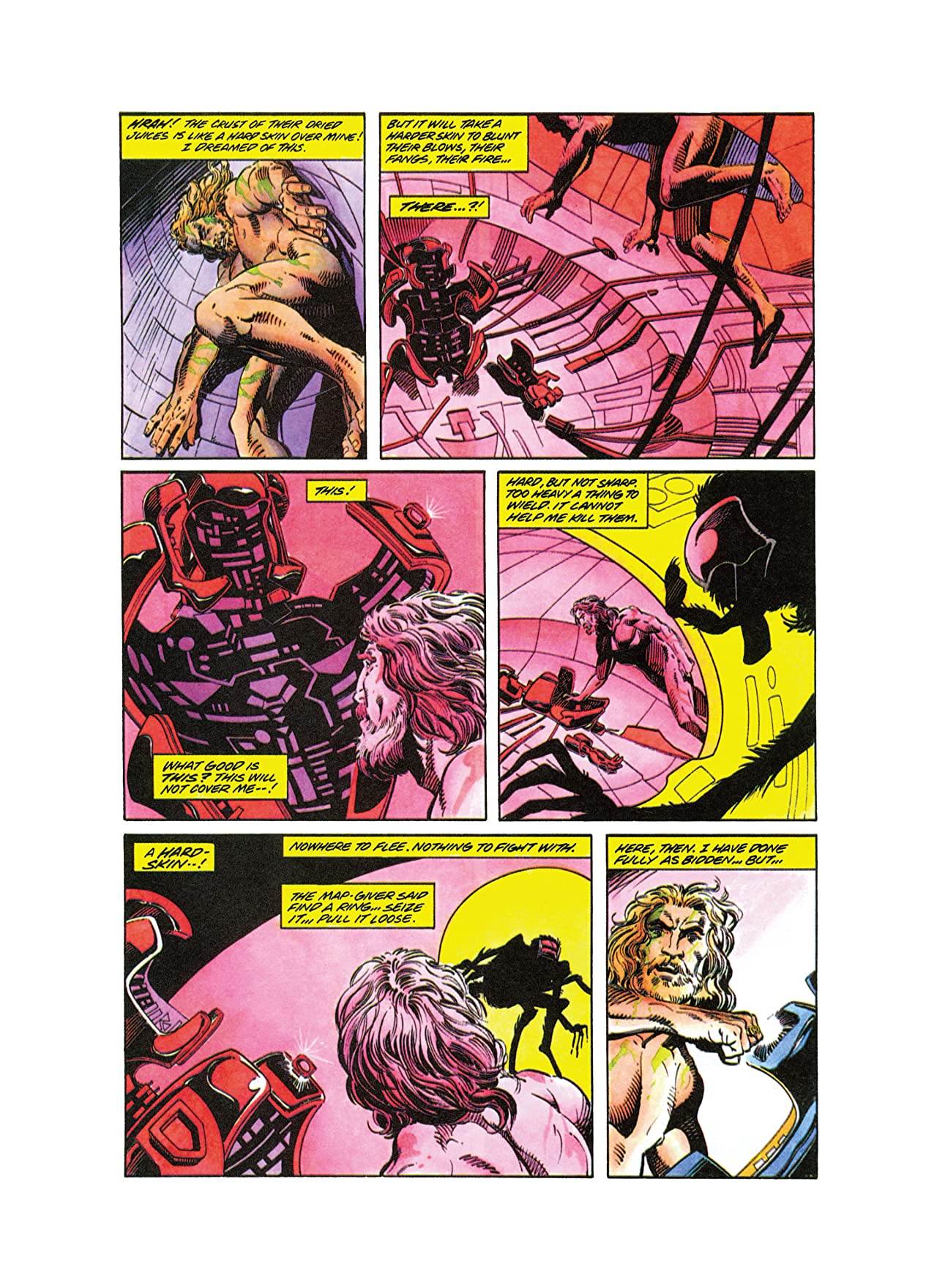 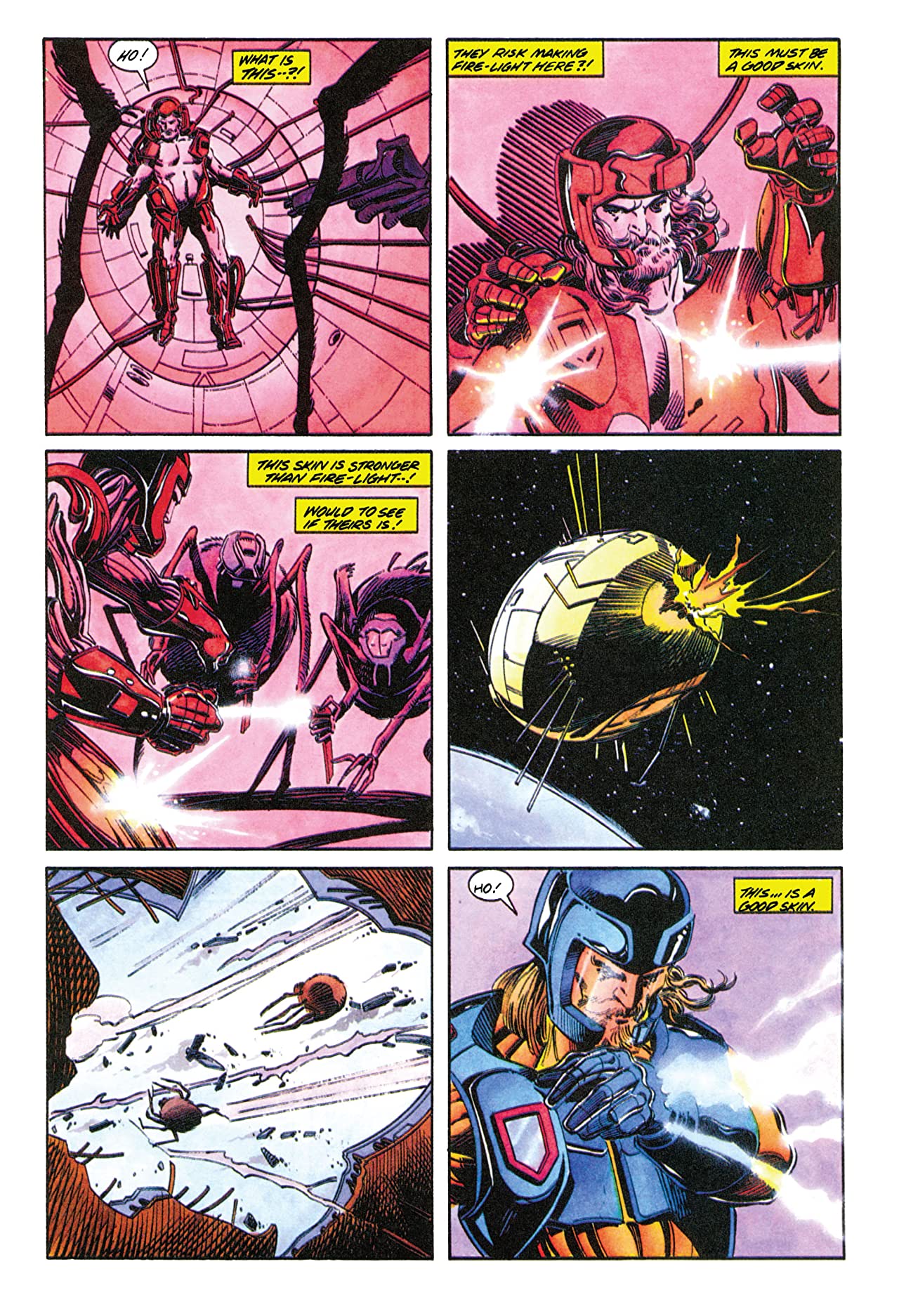