Jenna Ortega has been cast as the titular character in the Wednesday Addams series from Tim Burton coming to Netflix.

The series is described as: The coming-of-age comedy, written by Smallville creators Al Gough and Miles Millar and to be directed by Burton, is a sleuthing, supernaturally infused mystery charting Wednesday Addams’ (Ortega) years as a student at Nevermore Academy. That’s where she attempts to master her emerging psychic ability, thwart a monstrous killing spree that has terrorized the local town, and solve the supernatural mystery that embroiled her parents 25 years ago — all while navigating her new and very tangled relationships. 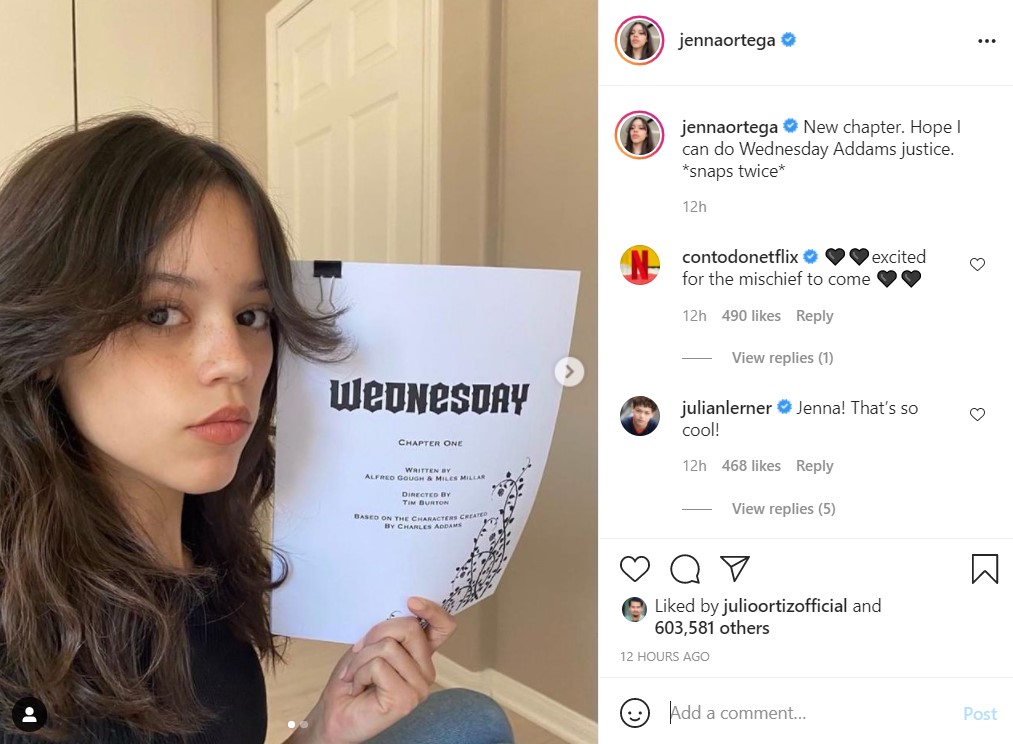 Who among us has never felt like an outsider?

Who among us has never felt like an outsider? I truly believe that most people have, at one time or another, felt odd. Maybe creepy. Kooky even. And perhaps because I was so tapped into my inner oddball, I found a deep kinship to the family of Addams.

Whether it was the classic TV series, the brilliant movies, the recent Broadway musical or even their guest appearances on Scooby Doo - every time the Addams Family was on a screen, I was watching. I loved that at every opportunity the Addams skewered so-called “normality.” Their entire existence was a middle finger (attached to a disembodied hand) to the status quo. And none was more rebellious, more avant garde and more iconic than Wednesday Addams.

Adolescence is an awful time for everyone. We’re growing hair in weird places, getting taller, breaking out, and all we want is for people to like us. She is the ultimate lone wolf. She marches to her own beat... and it’s likely a funeral dirge.

Netflix and MGM/UA are thrilled to announce the new live-action coming-of-age comedy Wednesday that will see everyone’s favorite maiden of the macabre graduate into a full fledged leading lady.

When we first heard Al Gough and Miles Millar’s pitch for Wednesday we were struck, like an arrow from a crossbow, right in our hearts. They nailed the tone, the spirit and the characters, but gave us a fresh way into this story. The upcoming eight-episode series is a sleuthing, supernaturally infused mystery charting Wednesday’s years as a student at the peculiar Nevermore Academy. Wednesday's attempts to master her emerging psychic ability, thwart a monstrous killing spree that has terrorized the local town, and solve the supernatural mystery that embroiled her parents 25 years ago - all while navigating her new and very tangled relationships of the strange and diverse student body.

We then got the call that visionary director and lifelong Addams Family fan Tim Burton wanted to make his television directorial debut with this series. Tim has had a history of telling empowering stories about social outsiders like Edward Scissorhands, Lydia Deetz, and Batman. And now he brings his unique vision to Wednesday and her spooky classmates at Nevermore Academy.

As Wednesday stans, my team and I feel an inherent responsibility to get this truly one-of-a-kind character right for both old fans and new. We’re confident this talented group will do her justice as she prepares for the dreaded underworld known as adulthood. 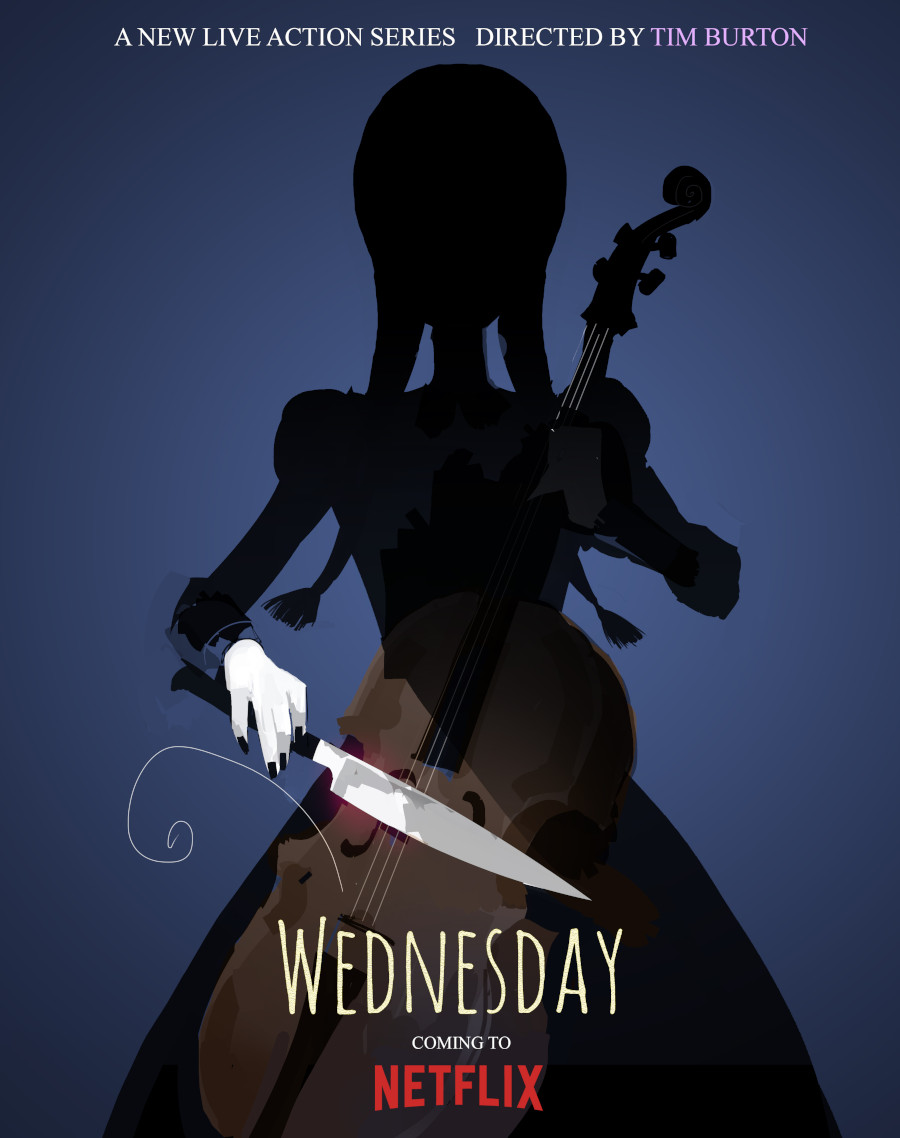