A rumor is swirling around the internet that Hulk's kid will be appearing in the upcoming She-Hulk series coming to Disney Plus.

Recall how a while ago there was another rumor that said She-Hulk is less about She-Hulk and more about "Hulks."

Regarding the rumors, it's claimed the end of She-Hulk will see the Hulk and his kid leave Earth in order to get help for some reason.

Fans are guessing this means the son of Hulk, Skaar, will be appearing in She-Hulk and that Hulk and Skaar will be leaving Earth together and heading to space seeking assistance, again for some unknown reason. 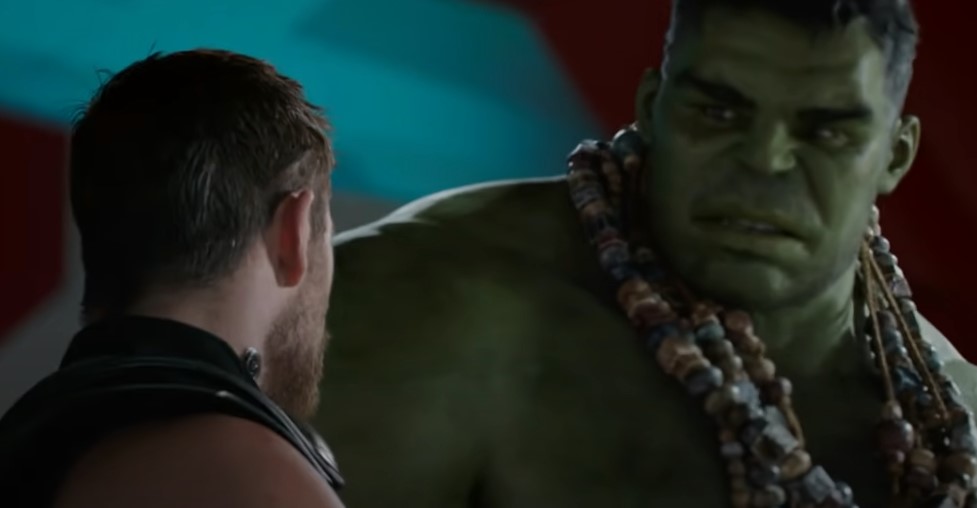 Hulk in Thor: Ragnarok has a child-like mentality

What this means is that during the events of Thor: Ragnarok, the child-like Hulk had sex with someone on Sakaar and had a baby unknown to the Hulk.

The baby then grows up and comes to Earth all grown up (thanks to the timey wimey wormhole) in She-Hulk and contacts and confronts Banner and/or Hulk.

Honestly, it sounds kind of odd as the Hulk in Ragnarok was about four or five years old metally, and actor Mark Ruffalo even confirmed he took inspiration from his own kids for the role. 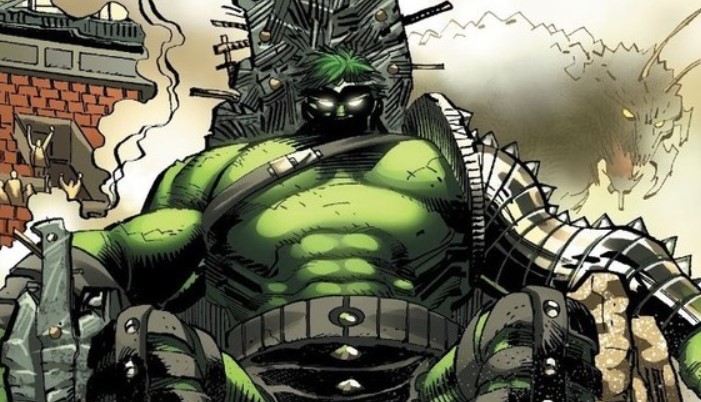 Green Scar Hulk is not dumb, goofy or child-like

In the comics, the Hulk in the Planet Hulk storyline that Ragnarok barely adapted is known as the Green Scar, and is an ultra-powerful, cunning, smart, and adult form of the Hulk who has a relationship with Caiera of the Sakaaran Shadow People where they conceive two sons, Skaar and Hiro-Kala.

The Green Scar Hulk even reveals his human form, Banner, to her, so it's not as if Banner is not aware of Caiera, while as in Ragnarok, Banner has been gone for at least two years and has no clue what happened.

In the Planet Hulk and World War Hulk storylines, the Hulk isn't some dumb goofy version with the mental capacity of a five-year-old who likes to bounce balls off walls, but again, a version who becomes king and savior of the entire planet and is a total badass.

So in the MCU, the child Hulk had a baby with someone on Ragnarok? And had the mental capacity to consent? Yuck. 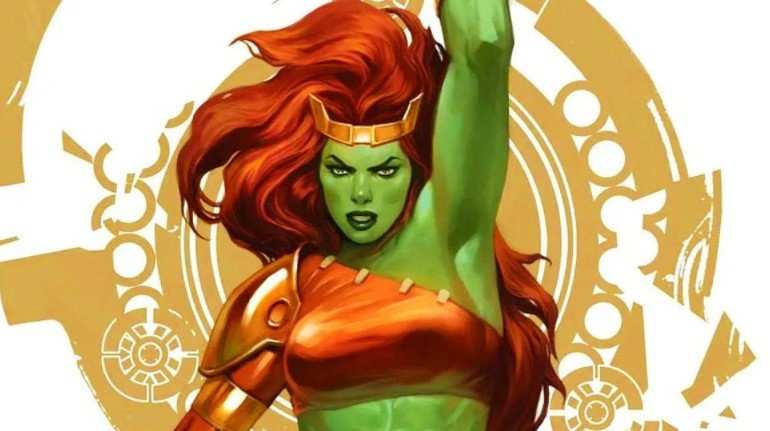 Another possibility could be the Lyra She-Hulk

Another possibility if the rumor is somewhat true, and it better ties to She-Hulk, is that Hulk's kid could be Lyra, who in the comics, is a "She-Hulk" genetically created from the daughter of an alternate reality's Thundra and the 616 Hulk. The alternate reality Thundra kisses the Hulk, takes his saliva back to her universe, and Lyra is created through the Thundra and the Hulk's DNA.

Thundra has also been rumored for the Disney Plus series.

Lyra also sounds like a character that would fit in with Kevin Feige's Phase 4 (via Marvel.com), wouldn't you say?:

Born in a future where an ongoing war wages between the sexes, she was an outcast among her people. Traveling to the past to save those who exiled her, she found a place where she could make a future of her own design. She is Lyra, the savage She-Hulk.

In a possible future where women and men remain separated and wage war for control of the Earth, the feminist leader, Thundra, decided she must have an heir to lead her armies when she could no longer do so. Despite the views of her people, Thundra chose to birth a daughter the old fashioned way – combining the cells from both man and woman. However, this fearless leader couldn't choose just anyone to form that bond with. She needed someone with power to match, or rival, her own. Having traveled through time and space before, Thundra knew of one individual worthy of this honor, the incredible Hulk. She disguised her true purpose of confronting the Hulk from her people, but her mission was a success. Using cell scrapings from the green goliath and fusing them with her own, Thundra was the first women in generations to become pregnant.

LEADER OF THE SISTERHOOD

When Lyra came of age and took control of the armies of The United Sisterhood Republic, she was respected, loved and considered the greatest warrior among her people, but because she was the only woman on Earth with a father, she was not well liked. Having a father made her different - tainted by a man's genes. Even when leading an assault against a suspected munitions depot of the male armies, her troops followed but didn't completely trust her. It turned out the depot was actually a breeding facility, and Lyra discovered the men reproduce in the same fashion as the women. Only a small boy stood in her way of dealing a severe blow to her enemies, but even though the boy did not pose a threat, Lyra couldn't bring herself to kill the children inside and lied to her forces about her discovery. She blamed her father for her compassion and restraint before regrouping with her allies on the battlefield.|

Lyra spent some time with Banner but found it difficult to connect with him. She was sent to live in New York with the She-Hulk because her father felt the best thing for her was a positive female role model and to learn about the world she was going to protect. She was given a serum enabling her to transform back and forth at will and soon had a new challenge to face – Midtown High School...