“Hey, DC FanDome, and hello to everyone watching around the world,” says Johnson in the following video. “I am so excited right now to be here and talk to you about the Man In Black himself, Black Adam. Now as you guys know, this character, this film, this universe has been a gigantic passion project of mine for a very long time, and I have worked so hard–worked these hands, these callouses, these fingers to the bone on this project, because it’s the kind of project that I know comes along once in a lifetime and the truth is, I was born to play Black Adam.”

Johnson continues, “Now we just started the post-production process, which is so exciting, and the film has without question some of the biggest action sequences I have ever been a part of and I am so proud and excited of our incredible team who are working away to create breathtaking holy sh-t scenes that I know you are really going to love. Now even though we are still working away, this is DC FanDome, so I felt like I had to bring you guys just a little something special. Now you know me guys and I always like to say that you, the audience, the people, you guys are my number one boss, so I got together with my director Jaume Collet-Serra, and we put together a little glimpse of one of the opening scenes from the movie when Black Adam is first revealed. Now what you are going to see here is why the hierarchy of power in the DC Universe is about the change. I hope you enjoy this very first look at the Man in Black himself, Black Adam.”

He is ruthless.
He is unstoppable.
He is the reason the hierarchy of power in the DC UNIVERSE is about to change. 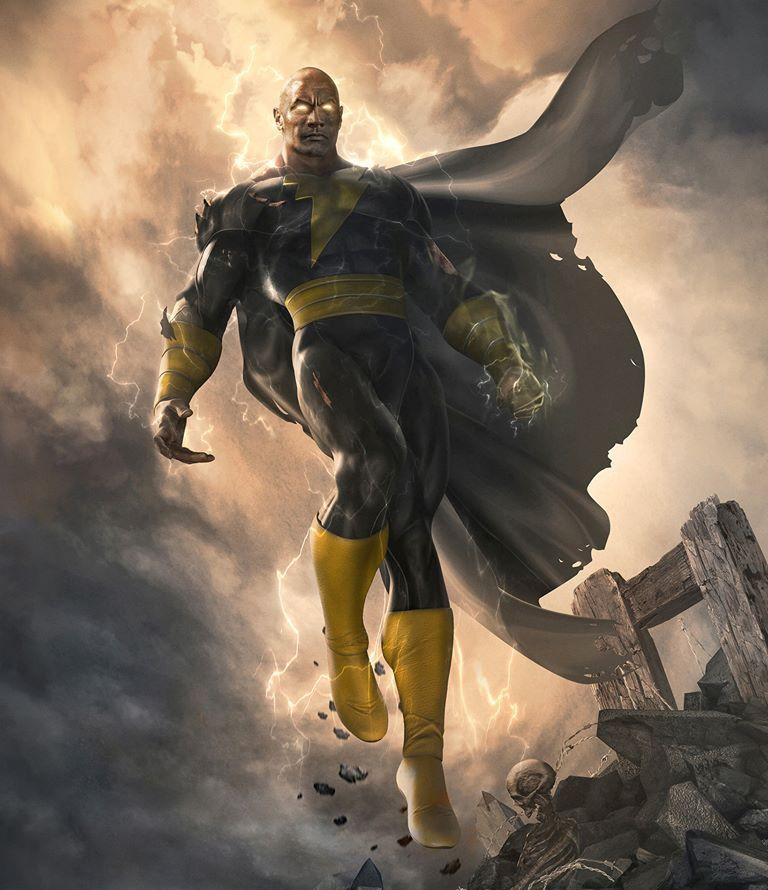